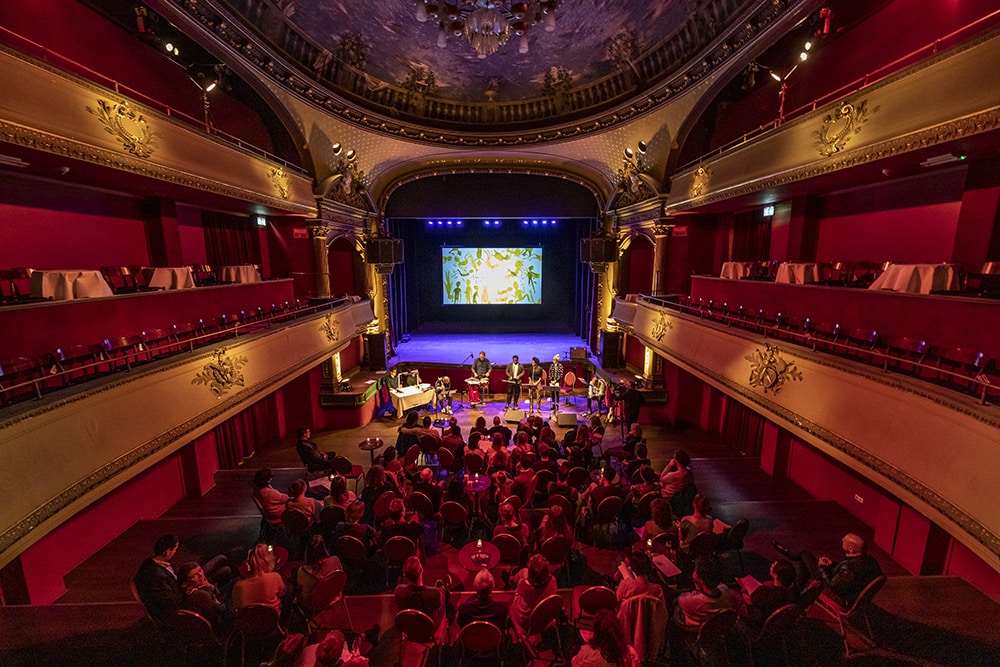 The first edition of The Maastricht Europe Days was launched on Friday 7 December 2018. For two days, Maastricht became the place to be for inclusive dialogue on Europe. Participants from all walks of life were warmly welcomed to join a wide range of events.

The debate was followed by the festive opening of Studio Europa Maastricht, located on the Onze Lieve Vrouweplein. Studio Europa aims to become a physical work- and meeting place with an enthusiastic team working on events, cutting-edge research on European Affairs as well as the European Heritage label. All of this in line with the Maastricht, Working on Europe programme and in cooperation with Maastricht University, the Province of Limburg and the City of Maastricht.

At a talk by Alberto Alemanno, founder of The Good Lobby, participants were informed on how lobbying can be transformed in a force for good. By enabling anyone to provide assistance to NGOs advocating for important social issues, The Good Lobby intends to unleash the potential in each of us to contribute to a more equal representation of interests in the policy process.

On Friday afternoon prof. dr. Mathieu Segers delivered his inaugural speech on ‘European Integration and its vicissitudes’. Mathieu Segers is Professor of Contemporary European History and European Integration and Holder of the Europe Chair. Over 400 guests attended the lecture in the ‘Sint Janskerk’ at the well-known ‘Vrijthof’ square. The integral lecture can be found here.

In the evening, the documentary The Trial of Ratko Mladic was screened at Lumière cinema and provided a stark reminder of a dark page in Europe’s recent history and the dangers of extreme nationalism. After the screening, visitors were invited to discuss the documentary during a Q&A session with the director.

On Saturday, everyone was welcome to participate in the I Am So angry (I Made a Sign) pop-up-museum, an initiative of The Iron Curtain Project. ‘Angry’ visitors were encouraged to write down their concerns on current state of affairs in Europe on their own personalised protest board. The visitor was then invited to step into an interactive photobooth. The photos have been added to a collection of over 1000 Europeans that have previously participated in the project. Anger and concerns about Europe were also expressed during a Meuse-Rhine Euregion Citizens’ Panel. Participants were invited to give their opinion on how to bring Europe closer to the citizens of the Euroregion.

With this first edition of the MED, Maastricht has shown that it is here to stay as a place for dialogue and expertise on European Affairs. Next editions will be wider and more ambitious in their scope and always aimed at including a diverse audience. Stay tuned for our next edition and send us an email to info@maastrichteurope.nl or leave a reaction in the comments: we are always happy to hear from you and to receive original ideas for our future events!

The Maastricht Europe Days are part of the Maastricht, Working on Europe programme, a joint initiative of the City, the Province and the University of Maastricht and is the result of a fruitful and structural collaboration with De Balie.