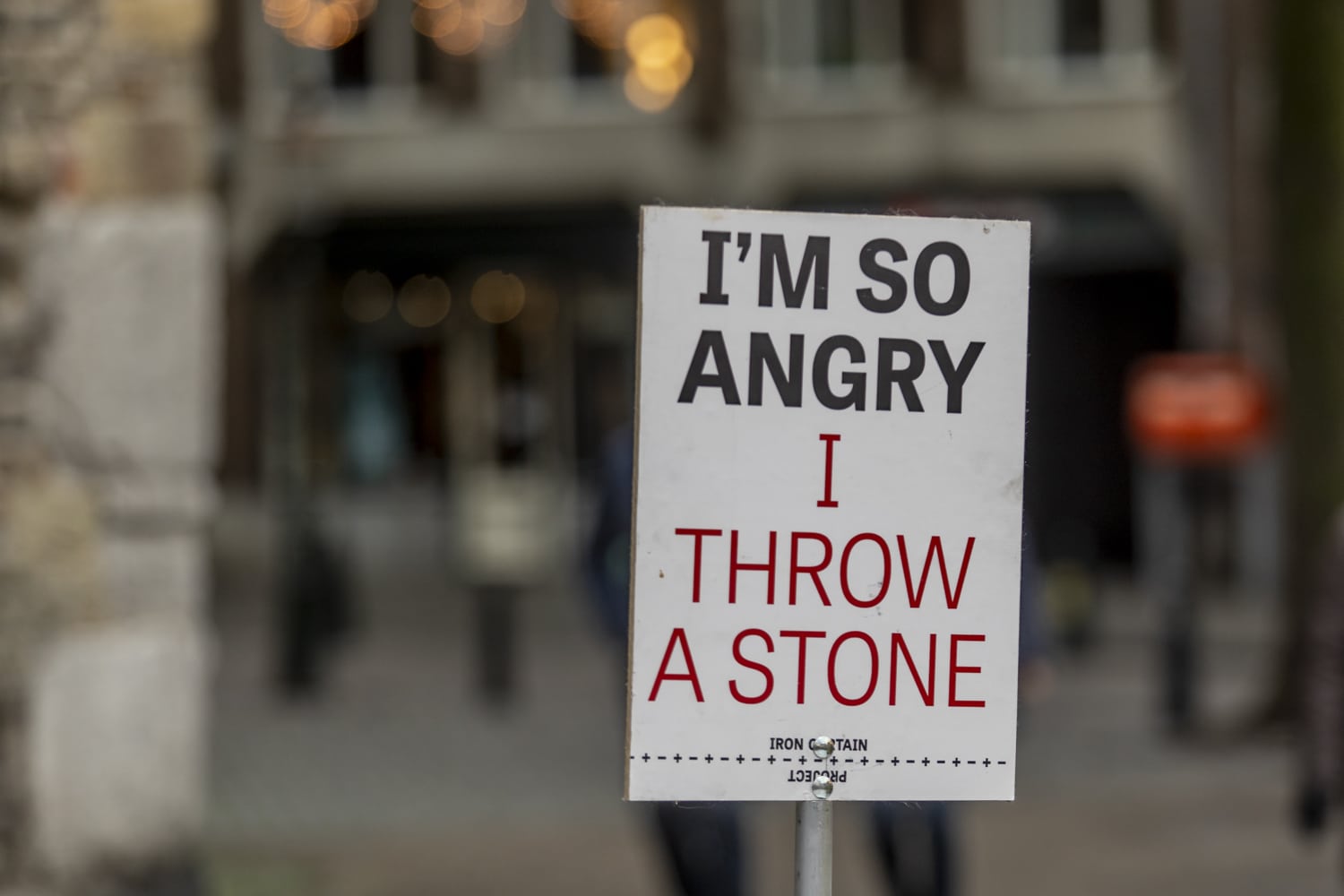 What are you angry about? And what’s your solution? Would you risk your life for your ideals?

These are some of the questions covered by the I’m So Angry (I Made a Sign) pop-up museum, a traveling exhibition on revolution, protest and revolt against authority. Angry visitors are encouraged to write down their concerns on current state of affairs in Europe on their own personalised protest board. The visitor is then invited to step into an interactive photobooth. The photos are added to a collection of over 1000 Europeans that have previously participated in the project.

Besides the photobooth, visitors can learn more about historic figures who have risked their lives for their ideals. Constantin Jinga, for example, was shot during the Romanian revolution and called it the happiest day of his life. Mirka Chojecki-Nukowska for a long time resisted the communist regime in Polen, up until she was forced to leave her home country. Never heard about these names? Come and discover the extraordinary lives of people who decided to speak up.

Their stories remind us of some of the popular movements we see in Europe today. Angry people are taking to the street to protest against environmental and climate change. At the same time people also express their concerns about the (social) costs of new policies preventing further global warming and CO2 emissions.

We want to hear from you – what are you angry about? And what is your solution?

Come to the pop-up museum during the Maastricht Europe Days 2019 from 6-8 December – a collaboration with the Iron Curtain Project and De Balie.