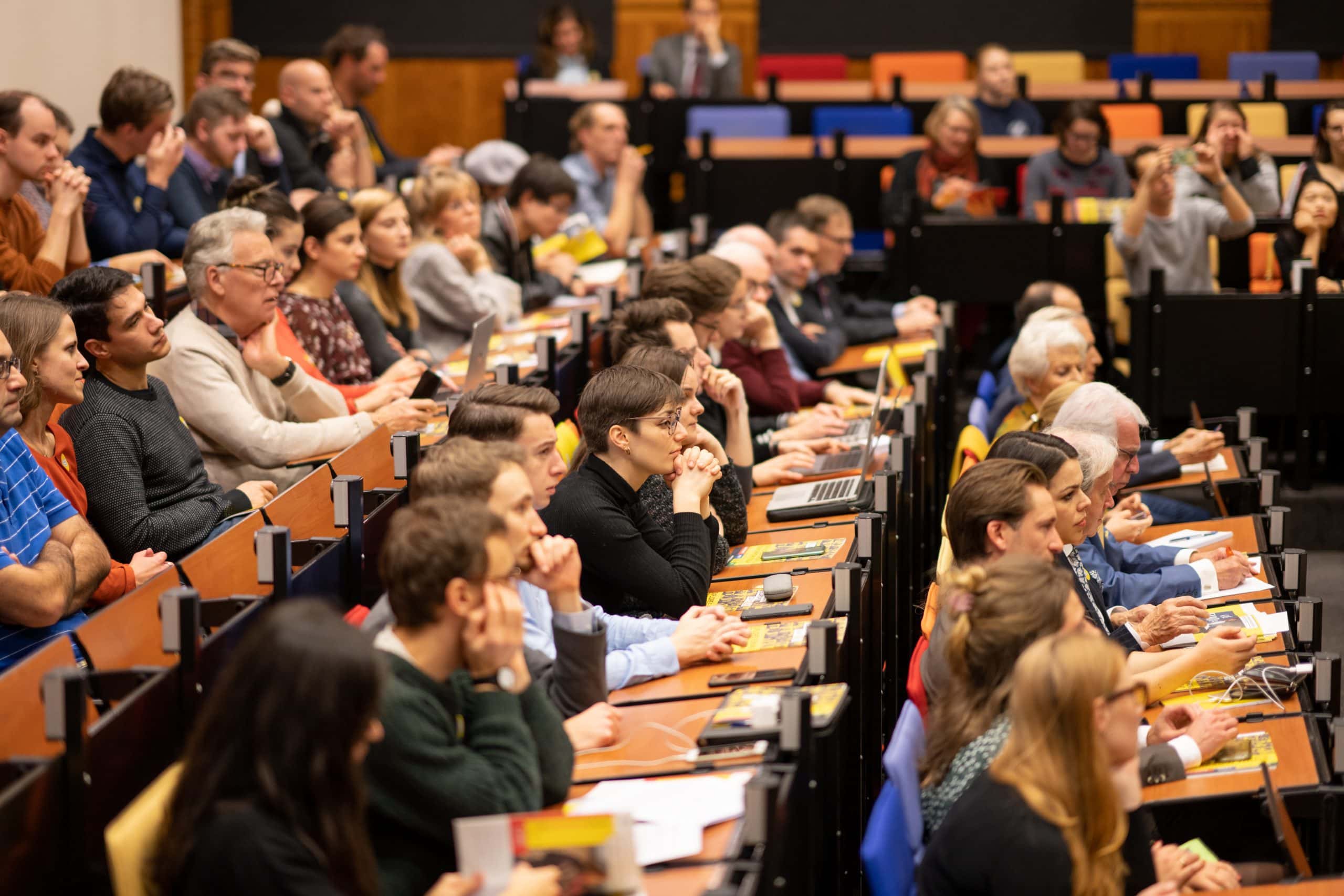 Visitors of the Maastricht Europe Days were invited to attend a critical debate between former Dutch minister of foreign affairs Bernard Bot and Hungarian Ambassador to the Netherlands András Kocsis. Both speakers exchanged their views and experiences on the topic of the debate, the changing relations between East and West in Europe and the current political impasse in the EU. Marcia Luyten, journalist and writer and originally from the South of Limburg, successfully moderated the event. Both speakers were asked for their views on  critical and politically sensitive issues like the rule of law, democracy and migration in the EU. currently at stake. Theo Bovens, a Dutch politician serving as the King’s Commissioner of Limburg, welcomed the attendees with personal memories of the fall of the Iron Curtain in 1989 which enabled the East to fully enjoy again the European identity and culture from which they have been cut off so long.

Look at the future and offer solutions

In the debate that followed, Kocsis started by underlining the geographical position of Hungary as a buffer zone between East and West and between great empires. Nonetheless, Hungary strongly favors its Europeanness and an overwhelming majority of the Hungarian population is in favor EU membership. Whilst Bot agreed with the ambassador that Hungary, like other central eastern countries, long suffered from oppression, he also stated that politicians now need to look at the future and offer solutions on how to overcome the current divisions in favor of more unity. Bot also underlined that whilst the demands from certain countries for flexible solidarity are understandable, flexibility in the EU should not come at the expense of solidarity.

Migrants or refugees: does it matter?

The most heated part of the debate took off when the speakers were asked about their views on migration in the EU. According to Kocsis, Hungary has protected the external borders of the EU from migration and unwanted cultural clashes. Bot intervened by underlining the difference between migrants and refugees. EU member states are bound by the 1951 UN Refugee Convention obliging states to accept people fleeing from war and persecution. Kocsis objected by stating that refugees are only considered refugees in the first safe country they arrive. Hungary considers refugees that are passing towards several states considered relatively safe, as migrants. In the audience, several shocked faces could be noticed.

Objection from the audience came from André Knottnerus, professor at Maastricht University, who challenged the Hungarian view with a personal story. His parents took care of Hungarian refugees back in time when the iron curtain was still in place. He asked Kocsis whether Hungary in hindsight thought that his parents shouldn’t have bothered – clearly the Hungarians at that time had passed through several European countries before reaching the Netherlands? Kocsis expressed his gratitude on behalf of the Hungarian government but failed to convincingly explain why that was such a different context.

But not only the topic of migration caused disagreement. According to Bot, the government of Viktor Orban currently fails at complying with EU legislation when it comes to upholding the rule of law adding that flexibility stops when it goes against the independence of the judiciary. Kocsis objected this by stating that Hungary has always been cooperative in infringement procedure and always implemented what was requested. The laws adopted by the current Hungarian government that gravely restrain opposition in Hungary were not explicitly mentioned and discussed.

Bot added that all countries have problems and they will never be all solved but the question is “whether we are ready to move on, stick together and subscribe to the treaties including closer integration?” Hungary, according to Kocsis, believes in a strong European Union but also objects the idea that this should come at the expense of sovereignty. Both speakers concluded that a multi-speed Europe in which individual countries integrate at different levels and pace depending on their political situation is the reality and best compromise for now.

All in all, the expertise of all speakers lead to an interesting debate with rare insights on the different views in the European Union on the future of Europe. The audience enjoyed the varying opinions and new perspectives. Critical issues were raised and debated by the speakers as well as the audience. It was an open space where every opinion was tolerated and could be expressed but still was questioned. A visitor and student at Maastricht University commented on the debate “I appreciate the way issues were addressed freely and openly.” The representative of the Jewish community in Limburg added: “I am glad to see our former Foreign Minister is still on top of everything and Kocsis had a difficult job representing Viktor Orban here.”