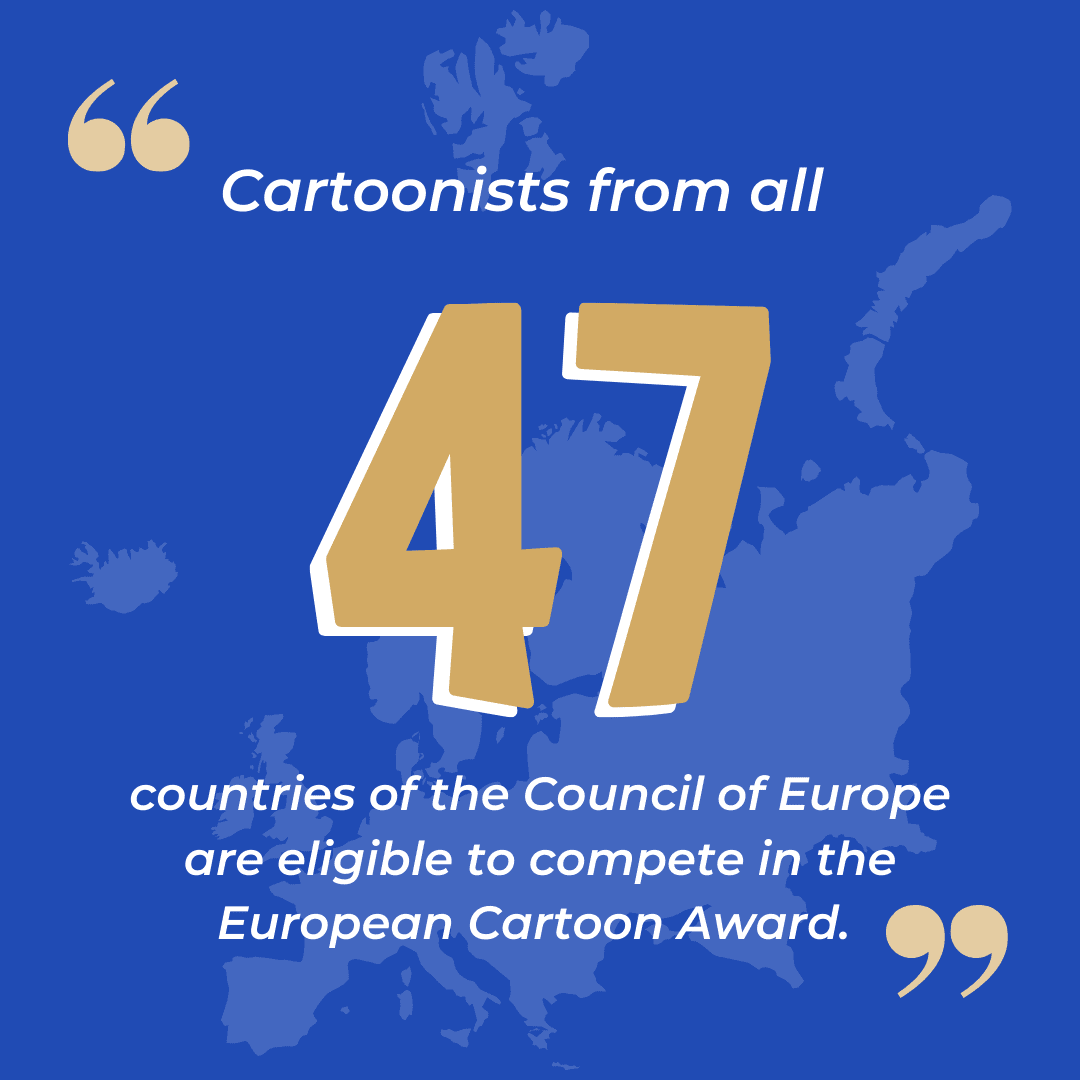 We are proud to launch the first edition of the European Cartoon Award, which we set up in collaboration with European Press Prize!

Visual journalism seems to be an imperilled industry: political cartoonists are being laid off, undervalued, even physically threatened. A new low point was reached last July 2019, when the New York Times ceased to run political cartoons, after a controversial cartoon by the Portuguese cartoonist António Moreira Antunes prompted outrage.

It takes courage to create cartoons. Cartoons by nature are expressive and recognisable. Often they can provoke offence. Sometimes even push the limits of people’s conceptions. And cartoonists themselves are vulnerable, like any other critical journalist.

The European Press Prize and Studio Europa Maastricht launch the European Cartoon Award
The European Press Prize is in the business of awarding courage, in the form of quality journalism. A goal that Studio Europa Maastricht fully shares. We both aim to induce discussion and debate on the topic of Europe and help create the future of Europe by bringing people from different disciplines together. We are also both convinced that cartoons are an important part of an open debate, of questioning both outworn and new ideas, and introducing new ones. Therefore, we are thrilled to announce the first European Cartoon Award – one of the biggest in the world in terms of prize-money, worth €10.000.

Cartoons concerning Europe that can inspire public debate
Cartoons make us look, tick, think – and re-think their content. Cartoons can, in a glance, show conflicting ideas and reveal weaknesses, of our societies, of ourselves. Cartoons can travel fast and wide, outsmart and expose lies told and truths hidden. They are the hallmark of an open society and freedom of expression.

We are looking forward to cartoons from all over Europe: cartoons that make us look beyond local politics, that analyse and reflect upon current (European) affairs and can inspire all Europeans.

We are looking forward to welcoming cartoonist to our network of laureates, our community of brave, vulnerable, critical thinkers and doers.

How to participate?
Cartoonists can enter their work between 13 January and 21 February 2020 on the website of our partner European Press Prize.

We look forward to awarding cartoonists deserving the praise, the money and the attention. For their courage. So, send in your best, and share your work with us. And Europe.