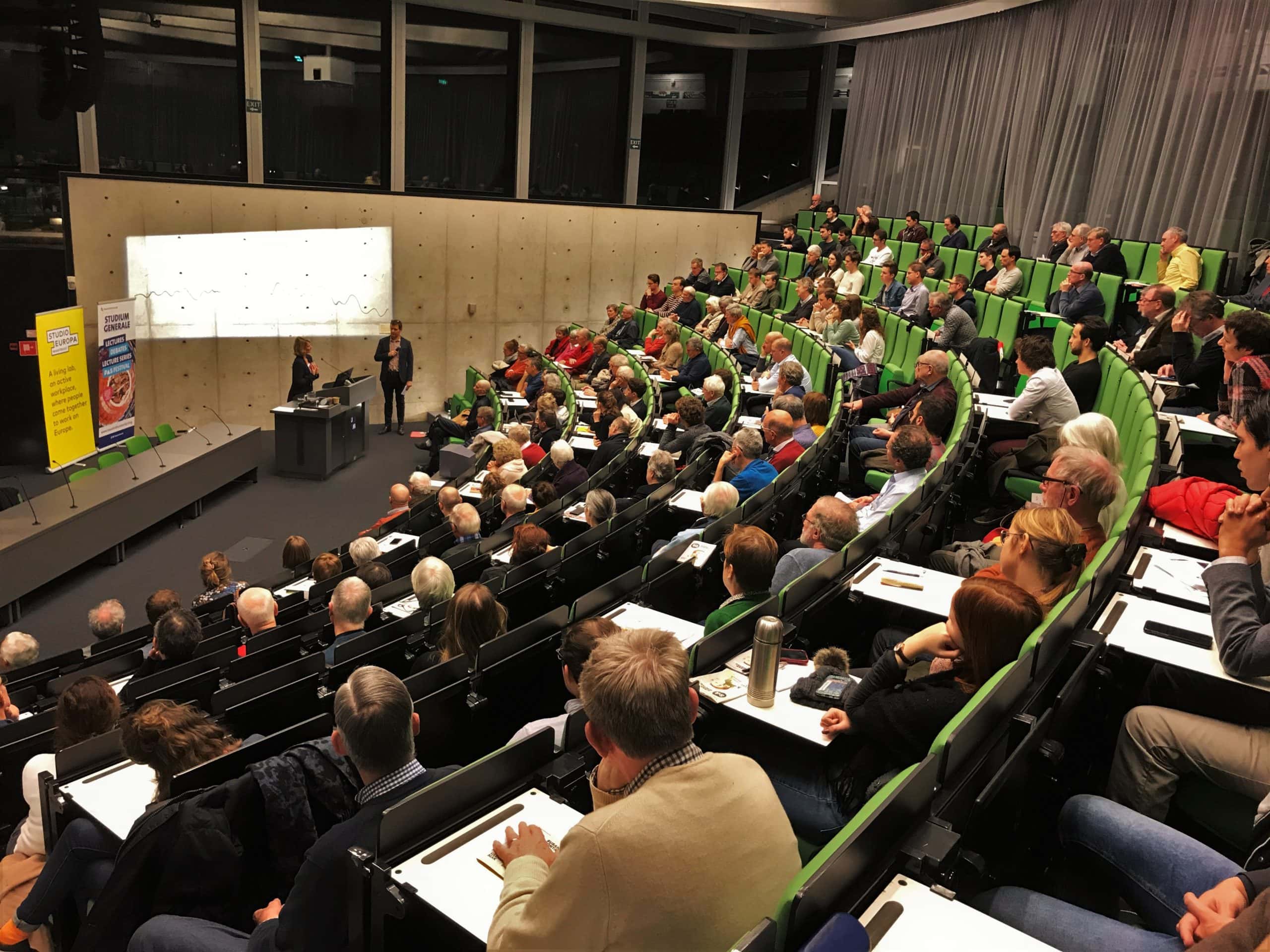 31 January was the day on which the British officially left us. The whole political game in Europe changes after Brexit. Liberal Nordics and countries without the euro are losing support in a number of areas, while France and Germany are becoming more dominant. Immediately after the British referendum in 2016, many countries started looking for new coalition partners. The result: changed power relations, unusual alliances and more moderate positions.

During the lecture “The EU after Brexit”, which attracted around 500 people, Caroline de Gruyter, columnist and Europe correspondent at NRC Handelsblad, discussed the consequences of Brexit for Europe. She discussed changing positions of the remaining member states, new alliances and adjusted approaches to EU negotiations during the lecture that we organized on 6 February together with Studium Generale.