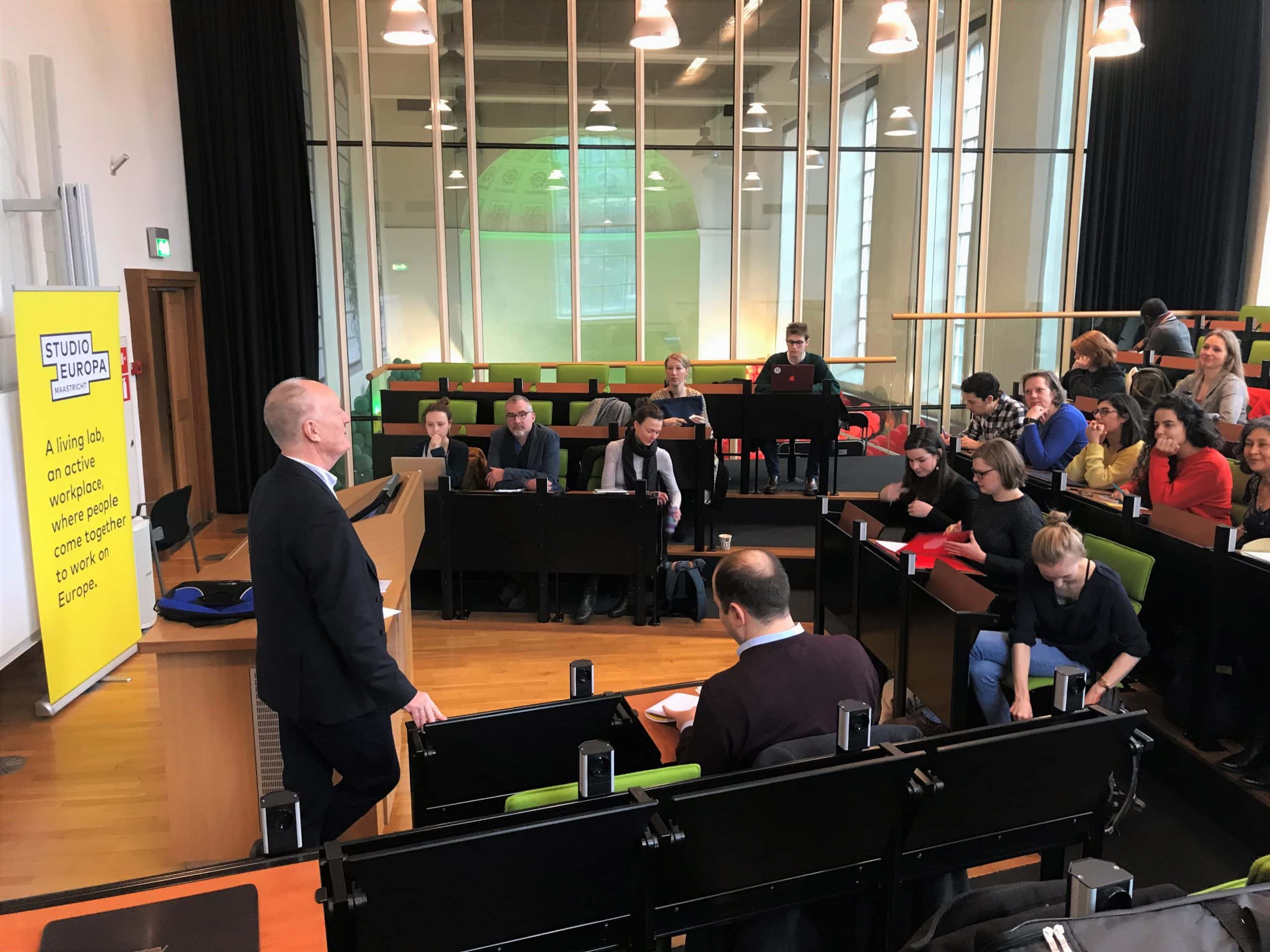 Involving citizens in scientific research is becoming more and more important. It is also one of the ambitions of Studio Europa. The idea behind it is that researchers should not only work for science and the scientific community, but that their work is also relevant for a broader audience. This includes involving citizens in science, from engaging them in the research process to presenting research results in an accessible and useful way.

A collaboration with Prof. Alan Irwin and Maastricht Platform for Community-Engaged Research (MPCER)
On Thursday 20 February we organised a masterclass on citizen science. During this public masterclass, a small group of  early career researchers from Maastricht University presented their research to professor Alan Irwin, who is known as an expert of community-engaged research, and reflected on the role of community engagement in their research. Alan Irwin publicly taught researchers to critically reflect on their research design, and together looked for opportunities to effectively involve the relevant community into the research. Alan Irwin also gave a lecture later that day.