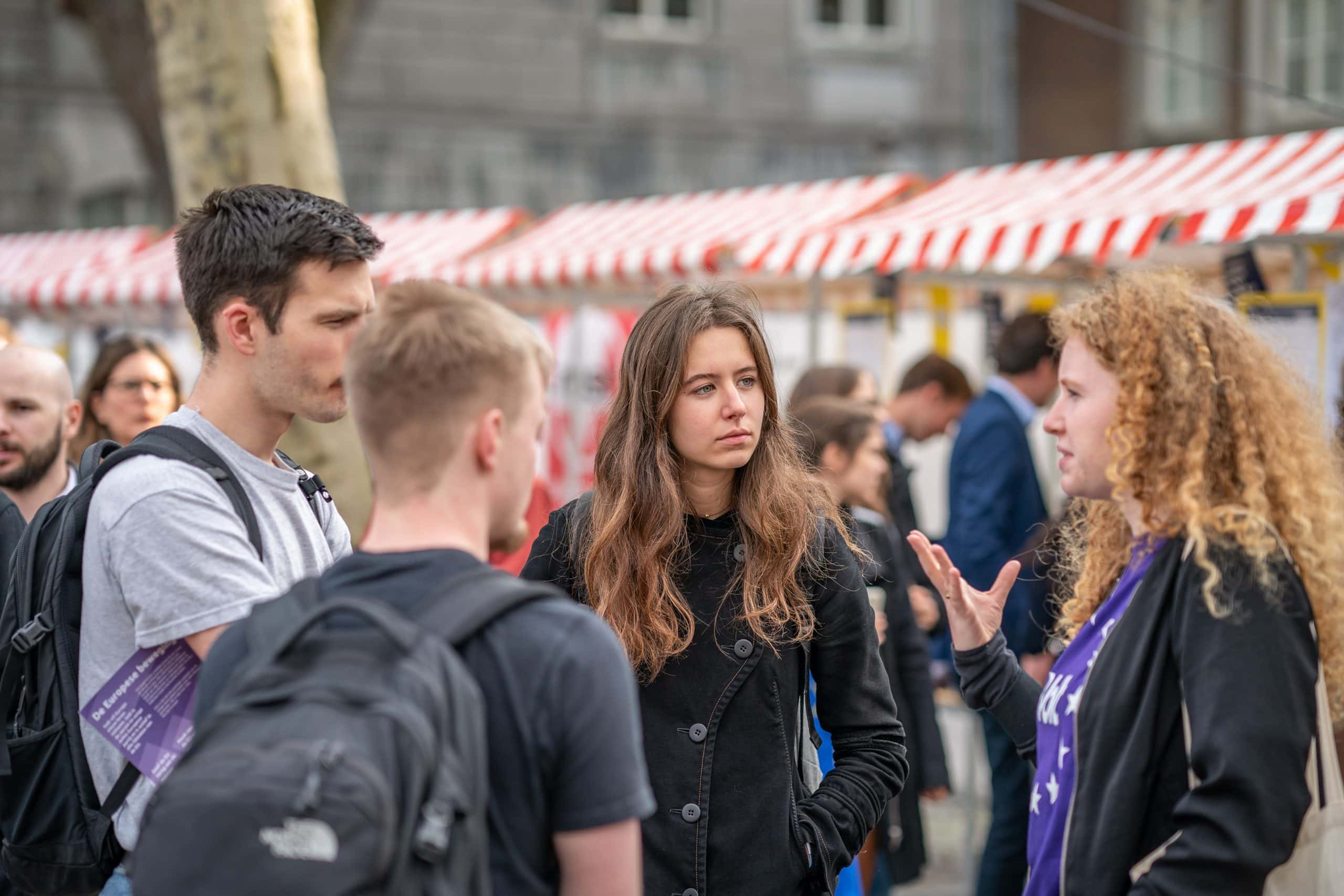 Exactly one year ago, we organised the Maastricht Debate in Maastricht in the run-up to the European elections. European party leaders Frans Timmermans, Bas Eickhout, Guy Verhofstadt, Jan Zahradil and Violeta Tomic discussed three main themes with each other: 1) digital Europe 2) future of Europe and 3) sustainable Europe.

365 days later
One year later it seems as if we live in a different world because of the coronavirus. Still, the points above are more relevant than ever! KLM-Air France receives billions in Dutch and French state aid and the big question now is, what conditions are attached to it? To borrow money, the Netherlands wants Italy to have its state treasury in order, while Italy accuses the Netherlands of being a tax haven. In the meantime, the European Commission has submitted a proposal freeing up 100 billion euros for unemployment benefits (part-time unemployment benefits).

As you can see, the points that were discussed during the Spitzen candidate debate are still very relevant today!

Collaboration
The Maastricht Debate 2019 was organised by the three partners of Studio Europa Maastricht: Maastricht University, the City of Maastricht and the Province of Limburg – as well as the European Youth Forum and the European Journalism Centre. We worked together with POLITICO to reach a broad audience.