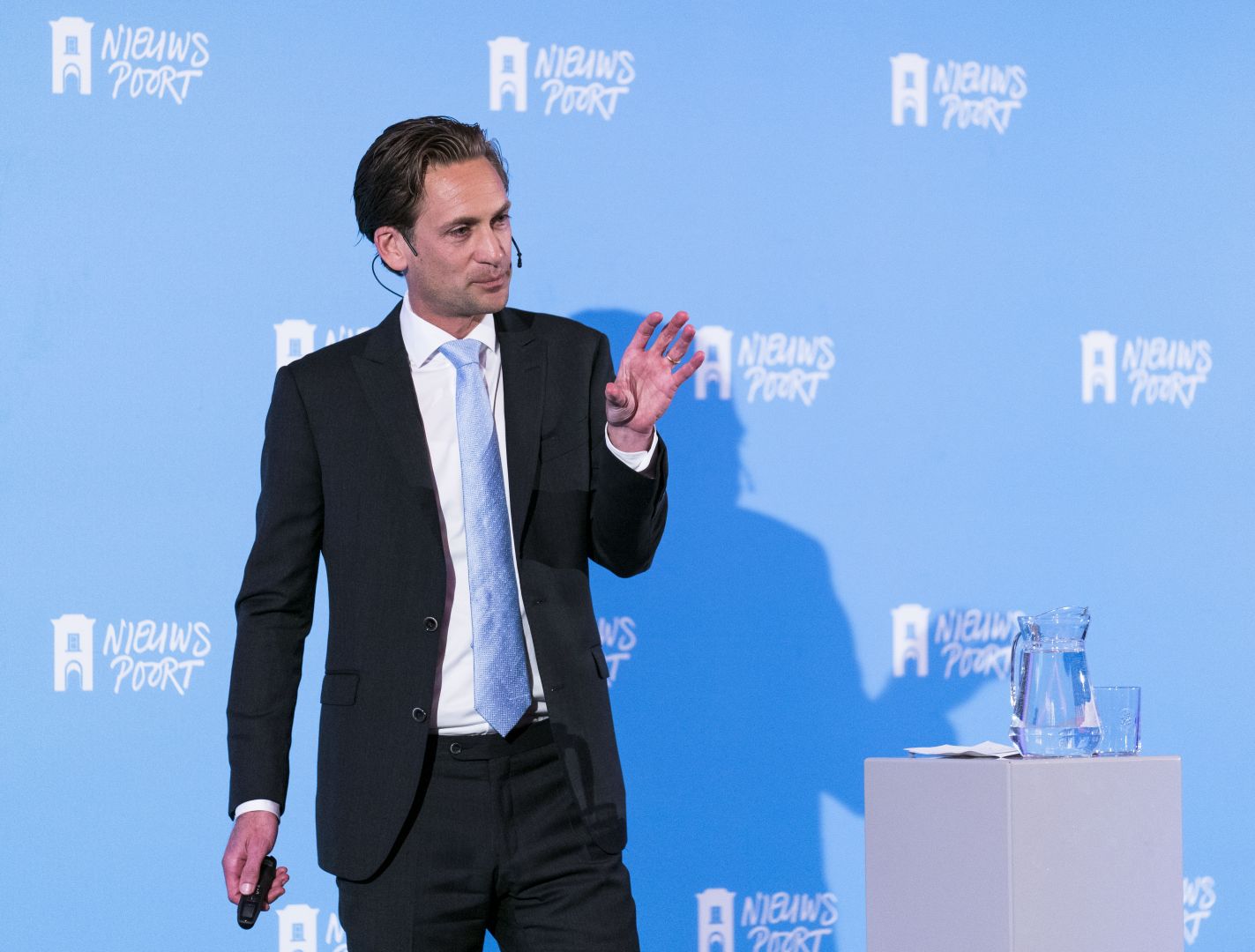 “What does the EU have to offer?” is the question the EU needs to answer now more than ever, according to professor of Contemporary European History and European Integration Mathieu Segers. He has given a video lecture about the promises and limits of European cooperation in times of crisis at the invitation of the European Parliament. “There’s really something at stake here.”

From his study in his Maastricht home, surrounded by bookcases full of works on European history, Segers analyses the current crisis through the lens of recent European history. “Many countries are now saying: after the Euro crisis in 2010, we paid too little attention to the social consequences of the austerity measures we took”, he explains. “Take Italy. This recent history is why the country now says: if such austerity measures are implemented again, we may not be able to guarantee our people’s support for European cooperation much longer.”

“This crisis shows us how European cooperation really works”
Europeans should now be able to reap the benefits of European cooperation, Segers says. “Otherwise they’ll ask: why are we still a member?” These days, that question is being posed loud and clear, not in the least because China and Russia are providing aid to member states in need, including Italy. “In southern Italy, people are hungry. Food aid is distributed by the mafia, the state or volunteers. Next up is China, so to speak. The European Union doesn’t seem to be anywhere close yet with their efforts. The President of the European Commission even apologised to Italy for doing too little. That’s very painful”, Segers says.

“Playing a game with the credibility of European cooperation is dangerous”

It’s not only a lack of strong action that illustrates the difficulties European cooperation is encountering; it’s also an excess of strong words. Recently, Southern Eurozone countries accused their northern partners of selfishness and arrogance while negotiating an aid package. In turn, northern countries accused their southern partners of irresponsibility. Shouldn’t a crisis be the moment when union trumps distrust? “The idea that crises are also great opportunities is a cliche,” Segers claims. “In reality, the opposite often happens. People fear losing their privileges and retreat to their old certainties. That’s also happening now. Take the border controls being reintroduced on the single market.”

“This crisis shows us how European cooperation really works: the EU is not a superstate, but a cooperation of states. Member States still determine what happens. In a crisis situation, they all first turn to their own interests. It’s crucial to European integration that this doesn’t harm mutual trust too much. That’s quite a challenge”, Segers claims.

A complete story
But that’s only one side of the story. “At the same time, all Member States know that their self-interest is ultimately served by cooperation,” Segers claims. “The important question is: are their leaders honest about this reality? After those Eurozone negotiations, the Netherlands and Italy pretended they were only concerned with their self-interest. Dutch Finance Minister Hoekstra even said: ‘we’ve won these negotiations!’ Needless to say, that’s impossible if you’re negotiating with 19 countries. You’re playing a dangerous game with the credibility of cooperation.”

That game cannot last long, Segers warns. “If you do this for too long, people in your own country will notice that something is not quite right: either your statement was incorrect to begin with, or you misread the political context and have to admit things are quite different afterwards.” As such, Segers believes national governments should tell their citizens a complete story about what Europe does and doesn’t do for them. “But if you put too little effort into being honest, you can’t offer a complete story.”

“The European Commission’s unemployment scheme answers the question: what does European integration actually bring us in everyday life?”

Although the corona crisis does not make European cooperation easier, Segers also sees some potential silver linings. “An unexpected crisis like this forces you to consider scenarios you might normally ignore. For example, the European Commission is entering previously uncharted socio-economic waters with its plans for a type of part-time unemployment benefit scheme. That’s not only innovative, but possibly adequate, too, since it answers the question that has been begging for an answer: what does European integration actually bring us in everyday life? “

Fifty shades of grey
Some feel that if the EU wants to make a difference in European lives, it’s necessary to further integrate politically. According to them, the current crisis is not just a fork in the road, it’s a do-or-die situation for the EU. Segers: “The corona crisis is a challenge, but European treaties often offer a way out. They’re very general and leave a lot of room for customising policy to regional needs and circumstances. Current political discussions often ignore those possibilities and resort to the idea of a political union. The idea that such a union will solve all current problems is an illusion. ”

And the do-or-die for the EU? Again, Segers is sceptical: “There have been many so-called “existential” crises in European history, but precisely because the agreements are so general, European cooperation is always fluid. Neither a European superstate nor a return to a world without European cooperation is realistic. So you’re left with the 50 shades of grey in between those extremes. There lie thousands of possible combinations.”

“You always have to deal with circumstances that determine your future without being able to really influence them.”

The trick is to find a combination that works for all. To do so, self-reflection is necessary. After the difficult Eurozone negotiations, Segers recommended Dutch Minister Hoekstra to read Thomas Mann’s The Magic Mountain. He suggested the book might improve Hoekstra’s understanding of the southern countries and foster a more realistic self-image. Segers’s bookshelves also hold a recommendation for the reader of this article: The Bridge on the Drina by Yugoslav author Ivo Andrić.

“It’s a story about the Balkans that spans centuries,” Segers explains enthusiastically. “The bridge is the main character. It’s about the fate of a region that is a plaything of geopolitical forces. The tragedy is that you always have to deal with circumstances that determine your future to a large extent without being able to really influence it. It’s a wonderful book to foster a sense of reality while also showing the beauty and tragedy of cultural diversity. We can learn a great deal from it.”

This lecture (in Dutch) on Europe in times of crisis is a production of Haagsch College and supported by the European Parliament.

Mathieu Segers is Professor of Contemporary European History and European Integration at Maastricht University. He writes columns for Het Financieele Dagblad (The Dutch equivalent of the Financial Times) and hosts the podcast Café Europa.

This is the second part of our interview series about European current affairs. In the foreseeable future, conversations will revolve around the European responses to the corona crisis. Next: Peter Schröder-Bäck about the challenges of ethical corona policy in Europe.