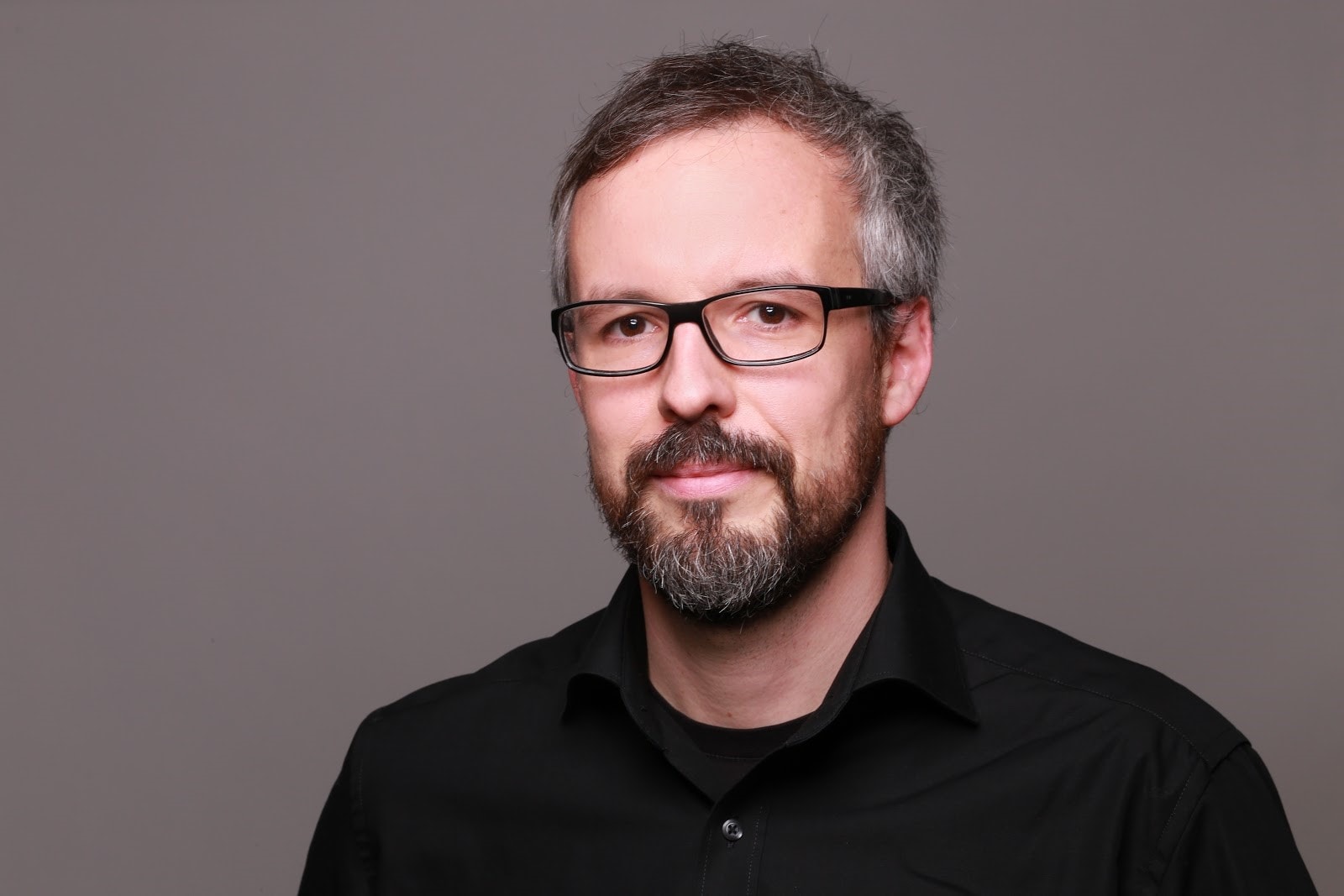 Expert Interview: Peter Schröder-Bäck about the challenges of ethical corona policy in Europe

How to decide between implementing a lock down and no restrictions at all? Or between treating an old or a young patient? Few of us contemplated such questions before the coronavirus pandemic, but most of us have been trying to answer them since. Associate Professor in public health ethics Peter Schröder-Bäck has spent his career thinking about them. After studying the effects of the European debt crisis on health, he’s now advising  policymakers across Europe on the ethics of responding to the corona crisis. Studio Europa Maastricht spoke to him – at a safe distance.

You’ve studied the effects of economic crises on health in Europe. What’s your main take-away?
In the beginning, scientists thought that the richer the country, the healthier it is and the better it responds to health crises. It’s now becoming clear that the distribution of wealth is more important than the total wealth. Health scientists found a strong correlation between poverty and illness. If you get poor, you get ill. If you get ill, you get poorer. It’s a downward spiral.

Does this mean the corona crisis affects people differently?
Yes. First, people said that this crisis affects everyone equally. There’s more and more data that shows that that’s not true. It’s telling to look at the United States, a country with some of the best health care facilities in the world. In New York City, we see that black Americans are hit harder than others. The likelihood you contract the virus depends not only on whether you have to take care of others who are infected. In the UK, for instance, bus drivers are hit especially hard. Whether or not people can protect themselves is determined by things like their social status and working conditions. A better social status and health literacy –  the education and ability necessary to make healthy choices  – lead to a better overall health.

Responses from the European Union’s member states have differed. How do you explain this?
I’d explain these differences mainly by looking at culture. I’m German but I married into a Swedish family. Compared to other countries, the Swedish traditionally trust the state more and quickly fall into responsible behavior when they have to. Another important factor is the level of decentralization, the extent to which regions and municipalities decide health care policy. The idea is that in smaller units, you can adjust policies according to the demographic and epidemiologic situation in your municipality. This idea is very influential in Germany, France and Spain. It makes sense from a scientific point of view but it’s also confusing. People think ‘next door, they’re allowed to go out and run, and we’re stuck inside!’ It produces envy and concern. We like being treated equally even if it doesn’t make sense.

“The surge in conspiracy theories scares me”

How should governments tackle that confusion?
Being transparent about why you take the measures you take is key. That creates public trust. When we know the reasons we should do something, we are more inclined to do it. In theory, at least.

You sound hesitant. Is this theory not working in practice?
Last week, my answer would’ve been that it’s working. But between last week and now, there’s been a huge surge in conspiracies, like the idea that Bill Gates wants to track us by inserting mini-computers into us through coronavirus vaccinations. The fact that people believe such things scares me. I’m not sure I believe in human rationality anymore.

“A good democracy must live with uncertainty”

Is it possible people are attracted by these conspiracies because their governments haven’t been transparent enough?
In most European countries, politicians and high level officials try to publicly explain what the available data about the virus means. European leaders, like Commission President Ursula von der Leyen, are doing the same. The problem is that we simply know too little about this virus! One scientist says X, another says Y. I think this is what drives people to conspiracy theories, because they may feel that scientists and politicians don’t know what they’re doing. That’s not true.  It’s an ongoing process of gaining more knowledge. I believe most politicians are trying their best, but they’re up against a lot of uncertainty. The situation is too complex for easy answers, but populists always look for easy answers. That’s when you get bogus theories like the ones about Gates.

For politicians, is there an alternative to the somewhat unsatisfying ‘we’re trying hard but we’re not sure our policies work’?
To deal with everything secretly, but that’s not a real alternative. Maybe people would be happier if they weren’t let in on everything, but it would be wrong. A good democracy must live with uncertainty.

But how can one make the right choices when there’s so much uncertainty?
That’s the million dollar question! We have to act, even though we might make the wrong decisions. Not acting is also a choice but probably the worst one. I used to work for a public health institute in North Rhine-Westphalia. At the time, we were afraid of bird flu. The secretary of health in the region prepared well and bought a potentially curative medicine in a sufficient amount for the people in the region. The problem is that bird flu didn’t hit North Rhine-Westphalia. Did he make the right choice? I think so but you could argue the opposite. After all, that money could’ve been invested elsewhere! Two years from now, we could look back at Sweden and conclude they took the right approach. Or we could decide they were very wrong. In any case, we’ll only be able to fully judge retrospectively. If we look into the future, we do so based on uncertainty.

You specialize in the ethics of public health. How can ethics help policymakers decide between, say, a lockdown or no restrictions?
First, it’s good to note that many of the current corona-related choices are similar to other policy choices. When a government is deciding whether to ban smoking in public, for instance, it’s also thinking about the trade-off between public health and other interests. My personal definition of ethics is to advise on the criteria used to make decisions. An ethicist should ask what it means when we say ‘we should treat everyone with the coronavirus regardless of age because we value equality’? Showing what values are at stake is an achievement. But we can’t always decide what the right choices are. There’s no algorithm for right or wrong.

In 2008, European leaders committed to shared values in health such as solidarity and access to high quality care. Can they help shape the EU’s response to corona?
It’s a great achievement to have those values explicitly stated but they apply to national health care systems. They mean ‘listen, every health care system within the EU should have solidarity and equity’. These values don’t say: someone in Romania should have the same access to Dutch healthcare that a Dutch citizen has. That limitation exists because health care is not in the remit of the EU. The member states wanted health care to remain a national affair, and this was laid down in the Maastricht Treaty.

Does the coronavirus show the European Union has too few powers in health?
Some now say ‘we have to change the Treaty! Give the EU more health competences!’. I’m in favour, but it’s a knee-jerk reaction. National politicians don’t want blame for current problems, so they say this should be up to the EU. Let’s see how long this motivation for integration will last. In the end, the nationalistic behavior and lack of solidarity we saw at the start of the crisis might prevail.

What could the European Union have done differently in its early response?
At the start of the crisis, there wasn’t a lot of solidarity between member states. It took a long time before they sent medical workers to other countries and admitted foreign patients for treatment. Too long. Such a lack of solidarity is morally wrong, I’d say. But the European Centre for Disease Prevention and Control’s early warning and response system worked well. All member states were informed early. Given the diversity in the EU, one common European response was simply impossible. The EU has a different, very important task: to stimulate and coordinate the efforts of member states, for instance when it comes to producing or purchasing vaccines. The European Commission has already pledged 7,4 billion euros to that cause. I’m currently working on a policy brief about the question: how should we distribute those vaccinations if there’s not enough for everyone?

In 2015, Peter Schröder-Bäck became Associate Professor in the department of International Health at Maastricht University. His research focuses on the ethical aspects of public health policy.

This is the second part of our interview series about European current affairs. In the foreseeable future, conversations will revolve around the European responses to the corona crisis. Last week, Mathieu Segers argued that in its response to the crisis, the credibility of European cooperation is at stake.