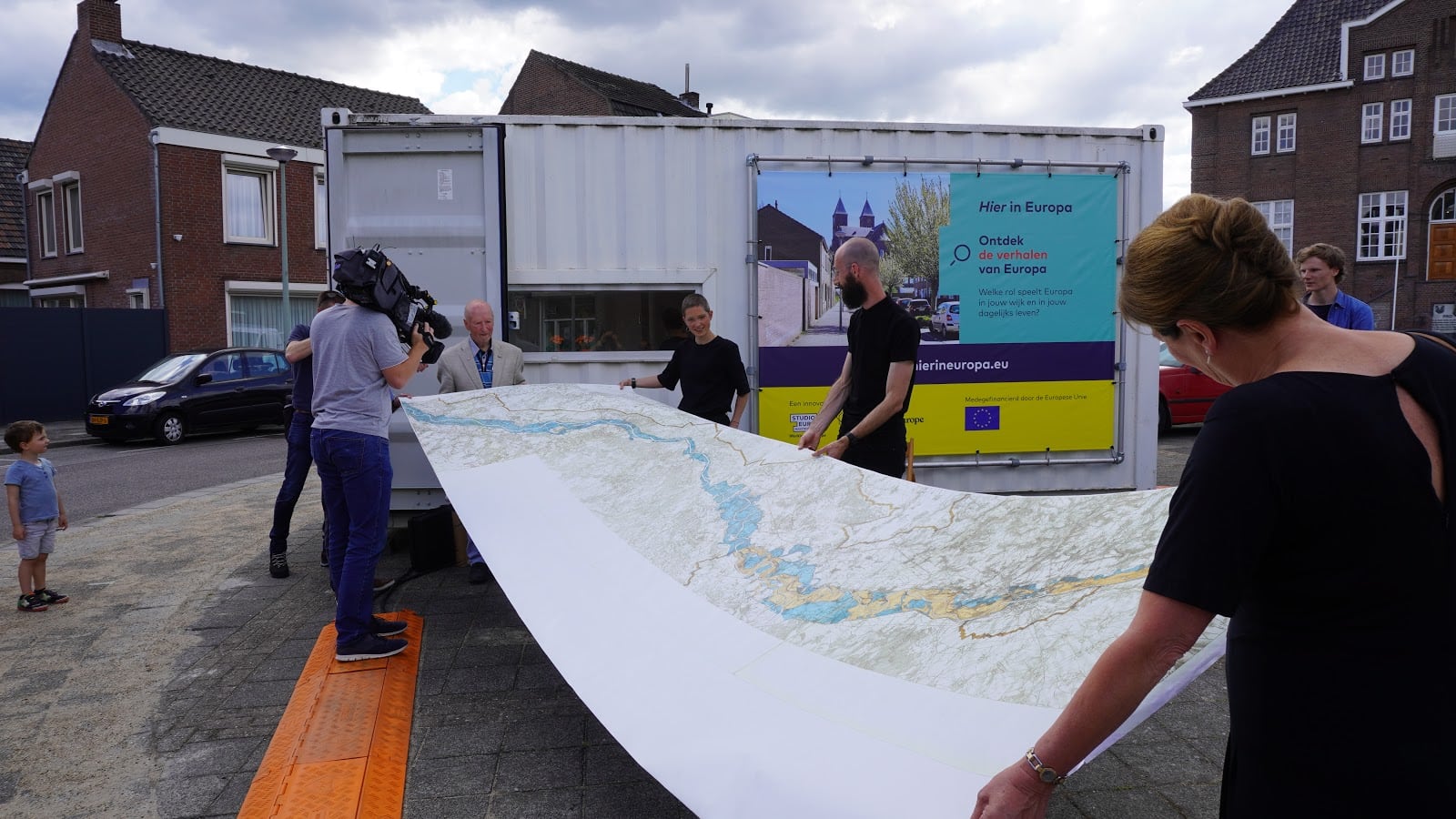 Just before the rain starts pouring down, Mayor Annemarie Penn-te Strake arrives at the ‘base camp’ of ‘Here’ in Europe, at the Raadhuisplein in Heer. She starts a conversation with residents of Heer, researchers Remy Kroese and Marlies Vermeulen of Dear Hunter, Job Zomerplaag of media collective Are We Europe and Gonny Willems, director of Studio Europa Maastricht.

The mayor is pleased with the attention on Europe in the neighbourhood, “I am happy to see that this project is not taking place in the center of Maastricht, but here in Heer”. She acknowledges that it is extremely valuable to enter into a conversation about Europe at a very local level. “What is said in Brussels and The Hague will get in the news. I am particularly interested in what’s going on around here. Especially in the Euregio, Europe is part of the everyday. ”

Regional newspaper De Limburger was also present and published an interesting article: “Heer is a miniature Europe in terms of borders”. Everyone who participates in the “Here” in Europe project has noticed that there are many stories circulating about the history of Heer, including journalist Joos Philippens. “People from Heer still go” to Maastricht “, a matter of history. In 1803 the municipality of Heer was much larger than Maastricht. From the dome church near Wyck it reached all the way to the American cemetery in Margraten. The “misery” started in 1828. Keer split up and went with Cadier. In 1920 Heer  lost de Koepelchurch to Maastricht. And so, the municipality became smaller and smaller to the end in 1970. ” And that is why, as an adolsescent, I was was still protesting with a seign “Heer remains Heer”, explains Willy Aarts from the neighborhood network to journalist Philippens.

“You only have to increase the scale a bit and Heer resambles a kind of miniature Europe,” states De Limburger. Read the full article here.

RTV Maastricht also visited the Raadhuisplein to film the visit. Tune in the news tonight to check out the result!