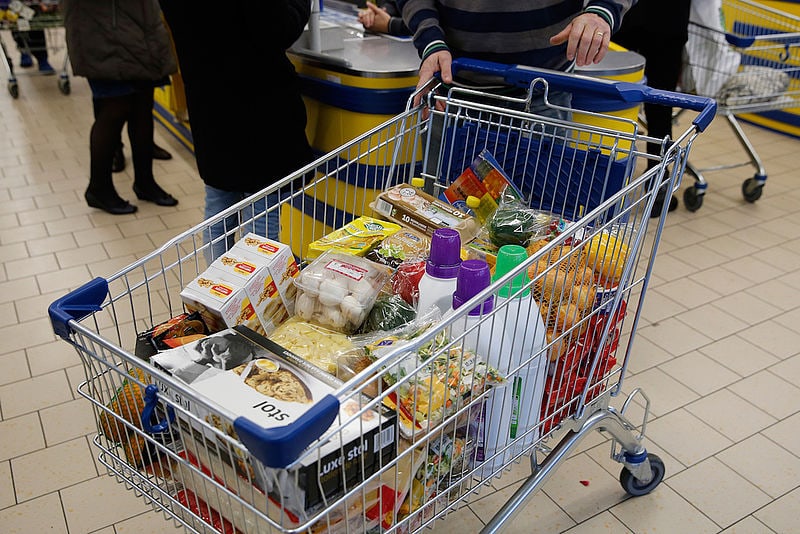 A resident of Heer passes the container with his shopping cart and pauses for a moment. We start the conversation.

“I just don’t believe in it anymore,” the man begins. “I was in favor of European cooperation a few years ago, but now I am no longer. I also see that shift in people around me. Now with the Corona crisis you can see that the EU is not working. I am so angry with the Belgians that they closed the border. ”

“I always voted on the left. With the last European elections I voted for Frans Timmermans. After all, he comes from the region and it is good for our country to have a Dutchman in a high position in Brussels. But now he has published those two plans… Look at him, I think he is doing well there in Brussels. ”

“I am disappointed with the left. It started with Jet Bussemaker when the loan system was introduced. All these years I had saved up for nothing for my daughter’s studies. And then Wim Kok who started working at Shell after being prime minister.”

“I am disappointed with the left”

“And we are asked to give money to Italy, Spain and Greece. In the meantime my pension and that of my children are at risk. ”

SEM: “But the 500 billion euros proposed by the European Commission for a support package are not all Dutch euros, right? Ultimately, instead of 1%, the Netherlands will transfer 2% of its national budget to the European budget. This as collateral for the billions that the European Commission collects on the financial markets. In addition, the measures have been established temporarily and for a maximum of 7 years. ”

SEM: “But the Netherlands benefit from the internal market and an economically strong Italy, right? After all, Italy is a large market for Dutch products. ”“It used to go well without the Euro? Why wouldn’t that be possible now? ”

“It used to go well without the Euro? Why wouldn’t that be possible now? ”

SEM: “But what is the alternative, should the Netherlands take Brexit as an example?”

“The Netherlands should go back as to how it used to be. We keep an eye on what’s going on in Britain. If that goes well there, why not Nexit?”SEM: “Maybe because we are stronger together in the EU against China, Russia, the US, but also companies such as Amazon, Facebook or Ali Express? The European Commission does a lot to protect our privacy, for example with the General Data Protection Regulation (GDPR). ”“Privacy no longer exists. If you travel around with your car, they can follow you everywhere”

“Yes, but isn’t that different from storing personal data and tracking click behavior to influence political campaigns? Don’t you think our privacy is better protected in the Netherlands than in China? ”

SEM: “When I hear you speaking, you don’t sound negative about nationalism. Have you ever thought about the consequences of nationalism in the last century?”

“You know, I also understand that nationalism can lead to bad things. But it is in men’s nature to withdraw in times of crisis. You are still young, but at some point other things become important – your family, your home and things like that. I really don’t know who I’m going to vote for next year. I think Rutte is doing very well, but I will never vote for the VVD. Maybe I should vote more conservatively.”

(This resident works for the police and indicated that he wants to remain anonymous. SEM stands for Studio Europa Maastricht.)