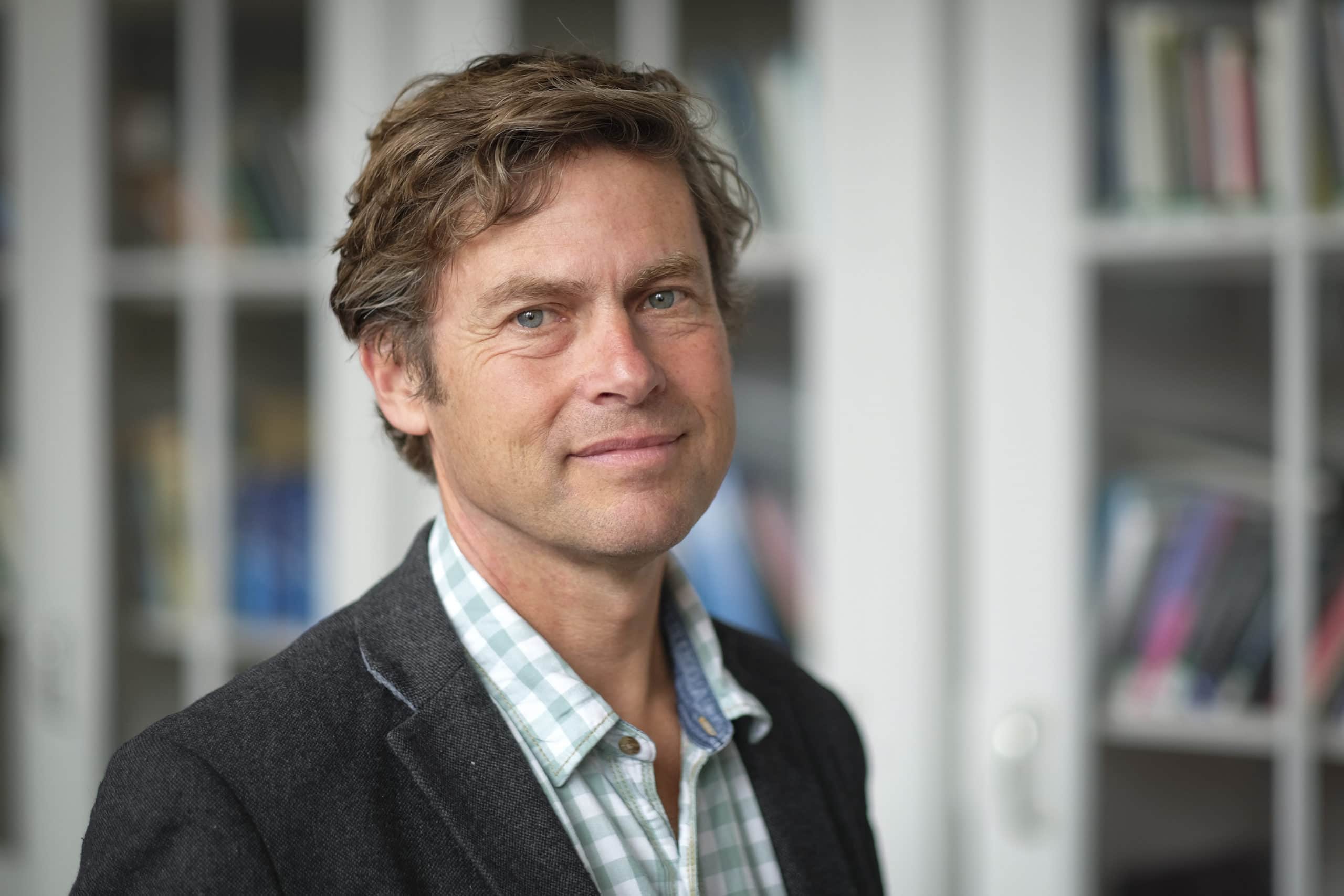 Expert interview: Harro van Lente about our expectations of the future and technology

“In a year’s time, as soon as everything is back to normal – once there is a vaccine…” Rarely do we look to the future with as much anticipation as today, with the coronavirus dominating daily life. Professor Harro van Lente studies our expectations of the future and technological innovation. “The corona crisis opens the black box of society.”

Van Lente is professor of Science & Technology Studies (STS) at Maastricht University, a relatively young discipline that studies technological developments and scientific knowledge. It is a necessary focus in the current era, with a corona dashboard that tells us how things are going, an app that keeps track of contacts, and countless video meetings. “Technological innovation has brought us a lot in the past, which is why there is enormous credit for it. Moreover, you can delegate it to a certain part of society that knows a lot about it, to the experts. ”

Those are not the only explanations for the appeal of technology in crises like these. “Technology is usually seen as a kind of black box: a system whose internal workings are unclear, but whose outcomes can be observed” says van Lente. “You don’t have to think about what’s behind it, you can assume that it will work.”

The unforeseen consequences of technology
As such, there’s many unforeseen consequences of technological innovation. “If you solve a problem with technology, things don’t stop there,” says van Lente. “Think of email. People thought that’s a handy, simple change. It’s a letter, only faster and free. What’s not to like? But today, dealing with thousands of emails is a huge problem for many companies.” And then further innovative solutions have to be devised to solve that problem.

“Trusting that it offers a solution without considering how it really works”; Van Lente claims this is how we approach not only technology, but scientific knowledge as well. “There’s a whole history of development behind every piece of scientifically established knowledge, usually including a lot of arm wrestling and conflict,” says van Lente. We often overlook that aspect of science for the sake of convenience, but that’s impossible now.

The covid crisis, says van Lente, forces us to think about matters we previously took for granted. “Many things that we normally don’t see have suddenly become visible. Things that we had come to consider normal have become less so. Take extreme mobility: constant vacations and traveling from work to home. In Maastricht, the border with Belgium was closed. No one had thought that would ever happen again.” We now suddenly see what normally remains hidden and what scientific knowledge we do not yet have, for example about the virus itself. “The whole covid crisis is a way to open the black box of society.”

“The ideas about change are collapsing like a pudding”

And now that we suddenly see things that were previously invisible, we look to the future differently. “In the beginning, during the first lockdown, utopian perspectives for the future emerged. All sorts of creative vistas were sketched about home-working, the home, caring for each other. It was really a kind of warm feeling, like ‘this is how it could be’.”

But that did not last long, observes van Lente. “It collapses like a pudding, all those ideas about change. “The dominant idea now is to limit the economic damage and hope to return to normal as soon as possible”, concludes van Lente, visibly disappointed. “The conversations are no longer about inspiring new ways of living, but about support for large companies and economic predictions.”

Such predictions have been around for ages, but their influence has changed. “The palm reader’s predictions at the fair in the past had no major consequences,” says van Lente. “Now we have many more tools to make predictions, so it is more difficult to refute them. What’s more, economic forecasts are authoritative. ” And that often leads to a so-called ‘self-fulfilling prophecy’. “When we hear the prediction that consumer confidence will rise, we also gain more confidence, which increases the likelihood that the prediction is correct.”

Predicting the future changes the future
Forecasts play a role in policy: if economic problems are predicted, policymakers can take action to avert that scenario. The underlying idea – that  human beings can envision the future and control it, is relatively new. “It has its roots in the scientific revolution, with the idea that the world is a kind of mechanical phenomenon that you can understand and take advantage of,” says van Lente.

No policymaker – including those in the European Parliament – makes a decision without having future scenarios mapped-out, but what about the choices of those in the future? What if future generations do not benefit at all from the choices we make now? “The environment has gained a voice in our democracies.” You can imagine something similar for the future, says van Lente. “There’s no reason why we can’t require calculations to be made for each policy, asking how it would affect the next generations. A future impact assessment, much like the environmental impact assessment. Because future generations, by their very nature, don’t have a say in our contemporary democracy.”

Harro van Lente is professor of Science & Technology Studies (STS) at Maastricht University. His research focuses on the sociology of expectations, technological innovation, and sustainability.

This is the sixth part of our interview series about European current affairs. In the foreseeable future, conversations will revolve around the European responses to the corona crisis.