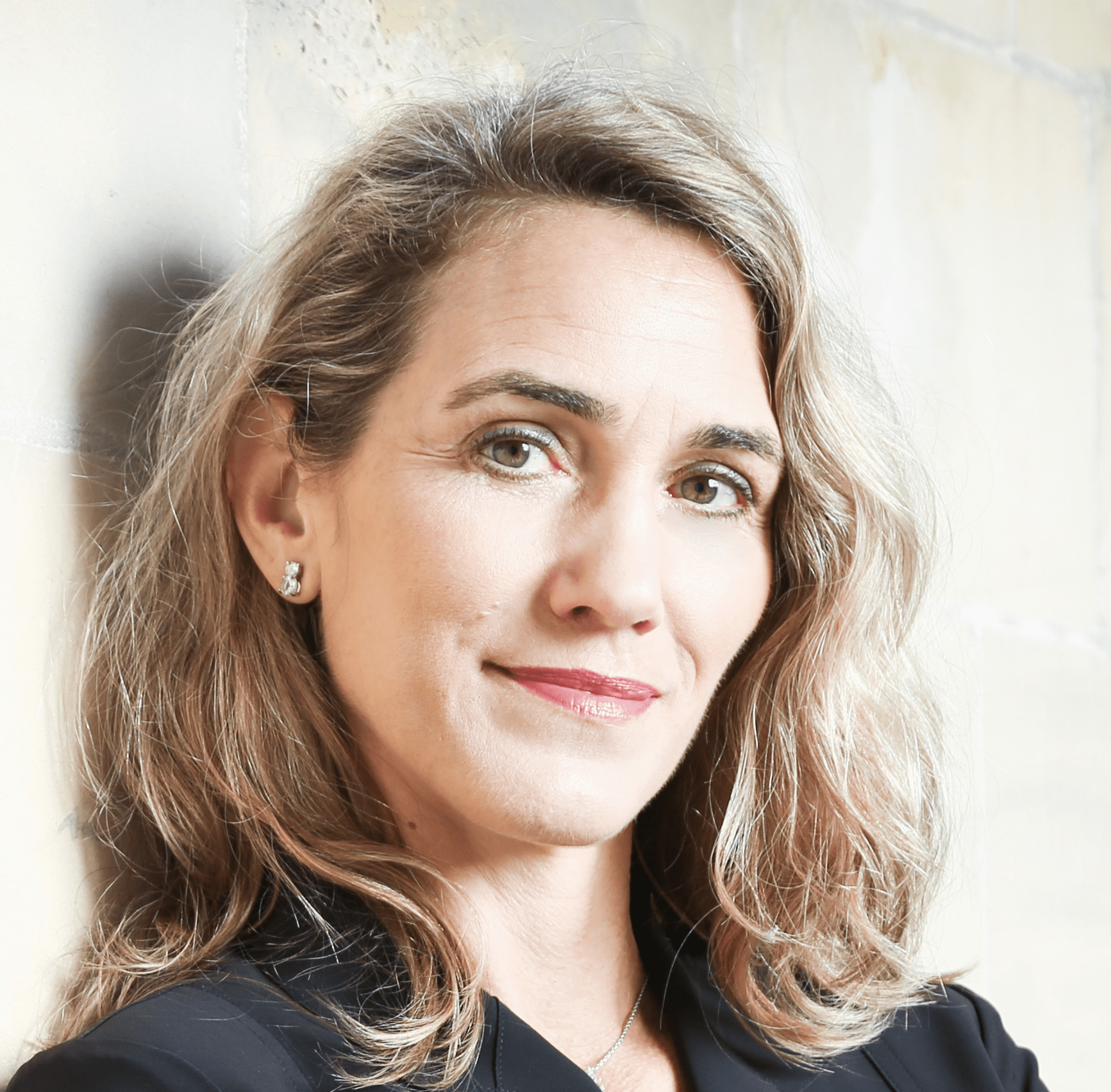 Take an already polarised society, add a pandemic and nationwide protests and you end up with the chaotic 2020 US elections. Studio Europa Maastricht asks Roberta Haar, Professor of Foreign Policy Analysis & Transatlantic Relations at Maastricht University, what the next president should do to heal divisions in American society and with the US’s global partners like the European Union. “I have faith in the resilience of the American system.”

Midway through our interview, Roberta Haar tells a personal anecdote about a friend, who wrote to her saying that Democrats are evil. “Evil?!”. Haar’s face shows disbelief. “Seeing your fellow Americans as evil, that’s an identity you can’t compromise on!”, she exclaims. “Having a different political opinion does not make you evil.” Directly after being declared winners, President-elect Joe Biden and Vice President-elect Kamala Harris promised to reach out beyond their base and make sure that Americans spoke to one another once again as fellow Americans.

Their task will be a daunting one. With Biden formally handed the presidency by the members of the electoral college today (December 14th), significant numbers of Americans still don’t accept that he won the election. “Trump is going to remain in the spotlight and continue to affect US politics; that’s polarising”, says Haar. “I do think that’s going to affect the Republican party. 74 million Americans voted for him. He’s like a rock star with 74 million groupies that he can somehow motivate. Republicans will want to keep those supporters.”

Similarly, the Democrats are trying to find a way to accommodate the divergent wings within their party. “There are people who are worried about divisions in the Democrat Party”, says Haar. Recently, moderate congressional Democrats and former President Obama have argued against the use of the phrase ‘defund the police’, popular among more progressive Democrats, saying it might alienate key voting groups. Haar is not too concerned: “The idea that Biden is struggling to deal with different groups is overblown. It’s Republicans trying to manufacture divisions. If there weren’t differences in opinions, policymaking would be easy.”

Rectifying the wealth gap
For Haar, it’s very clear: Biden’s first task is to focus on the 74 million who’d rather not see him in office. “Biden needs to recognise the real economic pain of Trump supporters.” To illustrate, Haar cites economic data showing that less than 500 of 3007 counties voted for Biden, but those counties make up 70% of US GDP. Put differently, those who fare well vote Democrat.

“The people that feel left behind economically voted for Trump, now and in 2016”, says Haar. “They’re mad at how Wall Street got away without punishment in 2008 and they feel the downsides of globalisation. Although globalisation generates tremendous wealth, its benefits are diffuse while its pain is concentrated in manufacturing jobs and middle class workers—those are the people who suffer from it.” First on Biden’s to do-list, if it were up to Haar: “To rectify the wealth gap and longstanding inequalities in America”.

Those inequalities are the root of the social polarisation that has marked the past four years, according to Haar. She draws parallels. “In the United Kingdom, those who voted Remain in the Brexit-referendum had seen the value of their property rise significantly in the years prior to the referendum. Those voting to Leave were those with property prices declining, and, somewhat ironically, those receiving most EU support. Similarly, in France, those in rich areas voted Macron, in poorer areas Le Pen. The similarity is that communities that are economically stressed show support for populism.”

Her reasoning: institutions provide only a framework. “They only work when people breathe life into them”, says Haar, for instance by running for office and fulfilling other public roles. “Trump does not understand this”, Haar claims. “He wants to manipulate institutions for personal advantage and boasts about avoiding taxes. You shouldn’t try to get around taxation, you should be happy to contribute! Everything would collapse if we all saw it that way.”

“People underestimate the fragility of democracy”

Having said that, Haar does observe institutions functioning poorly. “Congress is not working the way it should, with Presidents resorting to more executive orders than ever before. But that, again, has more to do with Americans not trusting each other”, Haar claims. “Government is reflecting society, not vice versa.” Put differently, too much trust in institutional robustness is dangerous, because in the end, it’s the people who make the system work. And making a democracy work is hard work.

“People underestimate the fragility of democracy, wherever it is”, Haar says. “There are always people who want to take freedom away, who want to be Putin, Orbán, Lukashenko, and want to use oppressive means. It’s messier and harder to have people articulating what they want and make that work. Trump has made things bitter, but I have faith in the resilience of the American system. Biden has to reach out to people who are in pain, and show that the government works for them, too.”

“US leadership internationally will be more restrained”

Many European leaders certainly also hope Biden will be a president for them, too. “It’s clear that the European losers of a Biden presidency are Poland and Orbán’s Hungary, but that’s not necessarily a bad thing”, says Haar. The foreign ministers of the Netherlands, Luxembourg, and Belgium are more hopeful and recently wrote an opinion article in which they welcome renewed international cooperation with the US. Will their wishes become reality? “Biden said ‘we’ll be back’ when Trump is gone”, Haar says. “He’s an internationalist, as is his national security advisor Jake Sullivan, whom one could describe as a liberal hawk.”

But, Haar recalls, “The US began its retreat from the international arena when Biden was Vice President under Obama. I think the US is weary of fighting endless wars. Plus, there’s a new, growing group of Democrats who are arguing for restraint. This approach is becoming more mainstream. US leadership internationally will be more restrained, though hopefully not on climate change.”

That means US support for the EU won’t be cheap. “The European Union can’t just be a normative power and sit back. I believe Europeans should think more geopolitically. European Commission President Ursula von der Leyen has also said this. The EU should be a partner to America by, for instance, investing in its own security and thereby contributing more to NATO.”

The unfairness of Europeans not bearing the burden of defence and security has been a problem since the 1970s when the EU became an economic challenger, Haar explains. “This was something Trump capitalised on. ‘Look, they’re taking us for suckers’, he said. Previous US administrations have also emphasised this. Bob Gates, Obama’s Secretary of Defense even said NATO risked collective military irrelevance. And the Europeans have been doing more. Nine NATO states are now spending at least 2% of their GDP or more on security and defense expenditure.” But the EU and US need to figure out how to complement each other in their investments, Haar thinks. “The EU and the US need each other to counter common threats, such as hypersonic threats.”

It remains to be seen until January 2021, when the two run-off elections in Georgia will determine whether the Senate remains Republican, what the true extent will be of Biden’s renewed internationalism. If the Senate remains Republican, the US may see the start of a period of political paralysis and, undoubtedly, more polarisation, until at least the 2022 midterms or the next general election in 2024. Haar will be closely watching to see whether the Biden administration will be able to meet the high expectations she has. “With a heavy emphasis on women with backgrounds in labour economics and longstanding inequalities, this Biden team might be able to alleviate the US wealth gap, which is similar today to that in Brazil.”

This is the seventh part of our interview series about European current affairs. In the series expert interviews we speak with Maastricht University academics from different disciplines about current events in Europe.