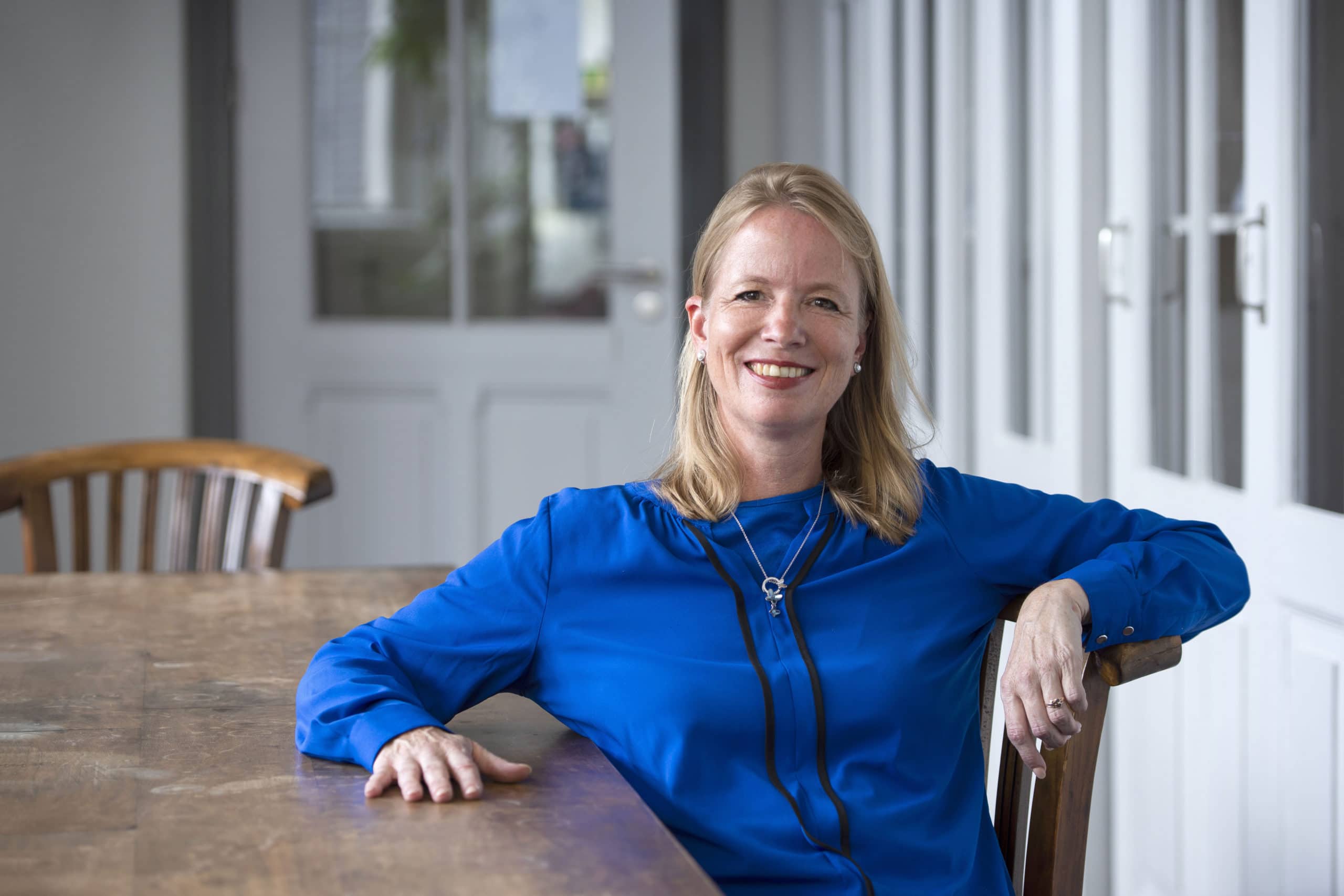 Expert interview: Christine Neuhold on the upcoming Dutch elections and the power of national parliaments. “The Netherlands is part of the European Union, so Dutch political parties need a strategy on the EU, just like I need a strategy as a university Dean.” Recently appointed Dean of Maastricht University’s Faculty of Arts and Social Sciences Christine Neuhold answers Studio Europa Maastricht’s questions from her bedroom. The interviewer, for her part, asks her questions while in quarantine. “The good thing is that we’re all in the covid crisis together”, Neuhold says, laughing.

Looking at Dutch election campaigns, she notices an emphasis on domestic issues. “In this election, everything is overshadowed by Covid. Hot topics like the curfew are not European issues as such, at least right now.” Throughout the interview and her academic work, Neuhold uses metaphors to make sense of the complex reality of European affairs. “This domestic focus makes sense. If your house is burning, you’ll try to put out the fire first”, she explains.

“The lens through which  Dutch people view their elections will be Dutch, at least for the foreseeable future.”

Some commentators, however, believe EU affairs are consistently taken too lightly by Dutch parties throughout their  campaigns. Dutch parties are often accused of navel-gazing. Neuhold recognises the criticism from debates in her native Austria. “Generally, European integration is still a second-order issue in national elections, simply because domestic policy is still so important. The lens through which Dutch people view their elections will be Dutch, at least for the foreseeable future.”

The alternative view is that not only should national parties focus on the domestic sphere, they simply shouldn’t engage with the EU at all. The argument is that the EU is all about pragmatism, painstaking compromises and ‘kicking the can down the road’; European cooperation is about solving problems practically, not about big ideas. “I think this is one of the topics where you can really have a debate”, Neuhold says. “But I would say that as an EU member, The Netherlands should have parties with at least some ideas on how to shape European integration. They don’t have to be elaborate plans but parties need a view, a baseline, just like I do as a Dean. People might say that nobody reads party manifestos but they are the blueprint for the policies that affect us.”

The relative silence about the EU in national campaigns is not totally surprising. After all, in academic literature, national parliaments are considered ‘victims’ or ‘latecomers’ to European integration. Neuhold explains the roots of those labels: “The idea is that it’s difficult for national parliaments to exercise control over European affairs, both over what their own government does at the EU level and over institutions like the European Commission. On top of that, some say, the European Parliament has been given so many powers that national parliaments lose out.”

Discussions on the limited role of national parliaments have been around since at least the Maastricht Treaty, Neuhold estimates, but the issue was only tackled by academics later. Neuhold is considered a leading scholar on the topic and recently studied the influence national parliaments have over so-called trilogue meetings. During these informal negotiations, the European Parliament, the Council of the European Union and the European Commission ‘pre-discuss’ and often reach a consensus on legislative proposals.

“We see informal meetings at EU level all the time: necessity is the mother of invention”

Interestingly, the framework for these meetings is not set out in any of the EU treaties. “I always understood it as an example of the saying ‘necessity is the mother of invention’”, Neuhold says. “The Maastricht Treaty included negotiation between the three institutions within a much bigger forum. But then they realised: ‘this is too large, we need to pre-negotiate’. That’s how trilogues came into being. We see these informal features at the EU level all the time. Political practice precedes legal rules.” But how do national parliaments make sense of what happens during these meetings if they, at times, don’t even know when they take place?

Barking back at Brussels: can national parliaments influence Brussels decision-making?

“When I started researching the trilogue meetings, I had this mental image of a kennel with three dogs – the Commission, the Parliament, and the Council – and national parliaments trying to bark back like a watchdog, trying to break in and see what happens in Brussels”, Neuhold says. After all, in 2009, the Lisbon Treaty promised national parliaments more space to scrutinise and correct what goes on in Brussels.

But Neuhold’s conclusion from a detailed study of her two home countries – the Netherlands and Austria – is that there are not many perceived possibilities to influence trilogues in practical political processes. “You see that national parliaments might have tried, but they learned that it is hard to get information on the trilogues, and even harder to influence them”, Neuhold concludes.

“The only thing we can do as academics is try to make the EU more accountable.”

Many argue that this is damaging to the EU’s legitimacy. Should we change the treaties and formalise the trilogues? Impossible, says Neuhold. “The large degree of informality of these meetings is a fait accompli, a done deal for now. The only thing we can try to do as academics to try to make the EU more accountable”, Neuhold argues.

Her conclusions on accountability  echo those of the European Ombudsman. The Ombudsman wrote in 2016 that “Information on Trilogues is information on how the laws governing the lives of over 500 million citizens are eventually adopted. If citizens are to participate effectively in the democratic life of the European Union, by holding their representatives to account, and by voicing their opinion, then they need access to this information. (…) This goes to the heart of EU law-making legitimacy.”

The Lisbon Treaty: not worth the paper it’s written on?

So, are national parties right to largely ignore the EU because they can’t influence what’s going on in Brussels anyway? Put differently, is the Lisbon Treaty’s promise of more power for national parliaments not worth the paper it’s written on? Neuhold’s answer is nuanced. Again, a metaphor helps make her point. “Nobody knew what the Lisbon Treaty would bring before it was implemented. The proof of the pudding is in the eating. We can make an informed judgment now and see that both the optimists and pessimists were right about Lisbon.” For Neuhold, the glass is both half full and half empty: “The downside to trilogue negotiations is that legitimacy is low, but the upsides are that they achieve a consensus, the process is efficient and they build up trust between the institutions.”

“If it is a given that documents leak, just put them out there!”

However, there are habits in Brussels that Neuhold would erase sooner rather than later. “A big issue about trilogues is definitely the lack of transparency over the consensus that is reached. Most institutions publish their starting position, but the compromise they reach is very difficult to access before it’s fully implemented.” She takes her phone and waves it to the camera: “But it is easy to leak things these days; everybody has a phone. But in our interviews with Dutch parliamentarians, they said that they have the conclusions, but they cannot do anything with them, because they cannot disclose their source”, Neuhold explains. Then, passionately: “If it is a given that documents leak, just put them out there! Because at that point, the glass is not half full – it is just empty!”

Christine Neuhold is full Professor of EU Democratic Governance at Maastricht University (UM). Her research focuses on questions of accountability, with a special interest in the role national parliaments play in European decision-making. Last September, she became Dean of the Faculty of Arts and Social Sciences at Maastricht University.

This is the first interview in the second year of our series on current affairs in Europe. Read the previous interviews here.