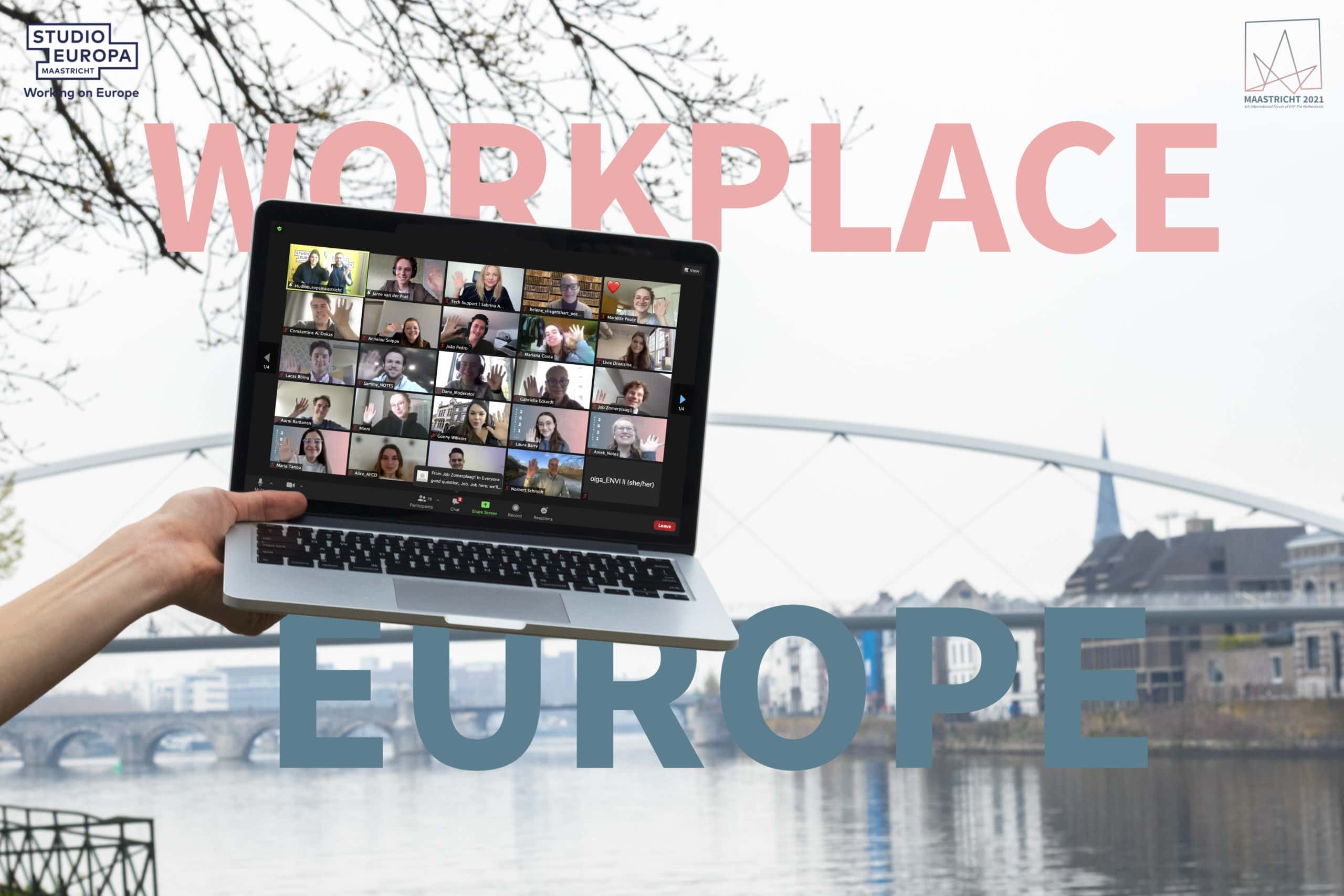 For years Maastricht has been a symbol of European collaboration and innovation. On Monday, that tradition continued as Studio Europa Maastricht hosted their ‘Working on Europe’ event, facilitating interesting discussion around digital innovation, ethics and sustainability. Together with businesses and students, they discussed digital innovation in the Euregion Rhine-Meuse. It signalled a further commitment between Europeans to build a more sustainable, ethical and innovative future.

Established in 1976, CGI is among the world’s largest IT and business service firms. They use innovative technology to solve otherwise challenging issues and streamline operations with actionable digital insights.

DDQ was founded in 2010 and is a member of the European Citizen Science Association. They create software for almost every mobile platform and develop native citizen science applications with research partners worldwide.

APG is one of Europe’s largest pension funds, managing over €500 Billion in assets. APG strives to be socially aware, sustainable and innovative in an ever-changing world.

VDL Nedcar is the premier car manufacturer in The Netherlands. In its 50-year history, it has built cars for Volvo, Chrysler, Mitsubishi and currently BMW. In 2012, the company joined the VDL Groep.

NeuroMind, the newest company attending, is a spinoff of the Brightlands Maastricht Health Campus. They aim to Help Neurologists and Neurosurgeons improve performance through digital support and insights.

Brightlands is an open innovation community based in the Province of Limburg. They bring together international entrepreneurs, researchers and students to work on breakthroughs in sustainability, health and digitalisation. Ton Geurts – the Business Development Director of Brightlands Institute for Supply Chain Innovation (BISCI) – lead the conversation in the first session of the morning.

Adding to the conversation were members from the 4th International Forum of EYP (European Youth Parliament) as well as students from Hogeschool Zuyd. The EYP gathered 130 budding changemakers from around the continent and asked them to debate politics, exchange ideas and discover new cultures.

Ton’s message set the pace for the day as he outlined some key areas of thought. He started by briefly describing his experience in the sphere of digitisation. Ton commented early that, “Today’s digitisation wave is a very natural conscience of what was started at the beginning of the year 2000 and onwards.”

And as all natural things are, Ton explained how digitisation is just one part of a more expansive web. “Sustainability, digitisation and supply-chain will all overlap each other completely. There is nothing else possible.”

Ton took time to lay out some recent examples from BISCI’s work. “As seen during the pandemic, the Healthcare sector is not exactly automated; they were too comfortable for this. But now, Boston Scientific (one of BISCI’s partners) has partnered up with BISCI to start with an electronic device on the packaging, so they know the stock levels in hospitals.”

He added, “If you look deeper into [medical] literature, then you’ll see the healthcare sector needs a complete digitisation now.” Unsurprisingly, this example drew a significant amount of attention. A consensus was made that the digitalisation of the healthcare sector was critical. Although, there were concerns about digital privacy and responsibility.

Another point of the conversation focused on the Euregion’s physical geography and the importance of its digitisation. “There is an enormous corridor going through The Netherlands that we [BISCI] are facilitating and all of them need digitisation. Nothing can work anymore by bare hands or Excel spreadsheets.”

This session allowed the six companies a chance to explain what they did in the field of digitalisation and how they went about it.

All of the breakaway groups enjoyed thoughtful and challenging conversations ranging from neuroscience to the accessibility of pension plans. However, two interconnected themes sparked conversation more than most. Bias and trust cropped up time and again. Many of the EYP members felt there was a significant risk of corrupting AI algorithms with human biases. Several cases of algorithm bias were sighted, including Zoom and Google.

CGI’s Eltjo Poort pointed out the difference between technical and human problems. “Machines are biased, and humans are prejudiced.” EYP member Jason refined the argument by saying, “it’s a question of trust really; the problem is we don’t know who to trust these days.”

The question of trust is a core tenant when exploring further digitisation. Who made the technology, how was it made, and which datasets were used in the process? These are certainly some questions most of the participants have thought about regarding Europe’s digital future.

These sessions focused on the EYP members and the topics they had investigated before the event. Technical growth versus protection of citizens and businesses in the digital sphere, genome editing, digital learning environments, digital participation in political processes, hybrid threats, gaming industry, image-based sexual abuse and cyber sexual harassment, digital and energy-efficient technologies.

The breakaways offered meaningful debates and conversations. However, one broad theme seeped into most. This time around, many of the groups focused on the issue of responsibility. The genome editing group spoke about how specific genome research is “curtailed” by the “harsh” construction of current EU laws.

One problem here is that Europe is a continent filled with diverse values and cultures. Meaning legislating something like genome research is extremely complex. A similar line of argument cropped up in the hybrid threat group. This group looked at the recent cyber attacks on Maastricht University and asked what role regional legislators have in protecting institutions and business alike? The group concluded that the issue of protection and awareness transcended regional borders. Instead, it felt more feasible for national and international bodies like “European governments” to “spearhead” informational campaigns.

Another case of legislative responsibility came up in the image-based sexual abuse and cyber sexual harassment group. This group asked – how can you ensure that all victims, regardless of age, sex and background, have access to effective reporting mechanisms and mental health support?

A similar message of complexity and dispersed responsibility was aired. One comment encapsulated the issue neatly. “It extends beyond jurisdictions, thus making the issue harder to regulate.” However, amid the variety of issues, there is a potential solution, education. “Education can play a huge role in altering regulatory approaches all across the EU and must be the primary concern when legislating on the matter.”

In the spirit of Maastricht, the conversations will not end here. Studio Europa Maastricht will pass three of the most pressing questions to regional policymakers. That is a vital step in changing Europe’s digital future. The overriding message that can be taken from the ‘Working on Europe’ event was something mentioned right at the start of the day. “Sustainability, digitisation and supply chain – trust, responsibility and effective legislation – all overlap each other completely. There is nothing else possible.”

in the days before Workplace Europe, on April 15, the opening speech of the 4th International Forum of EYP The Netherlands was given by Rianne Letschert Rector Magnificus of Maastricht University: