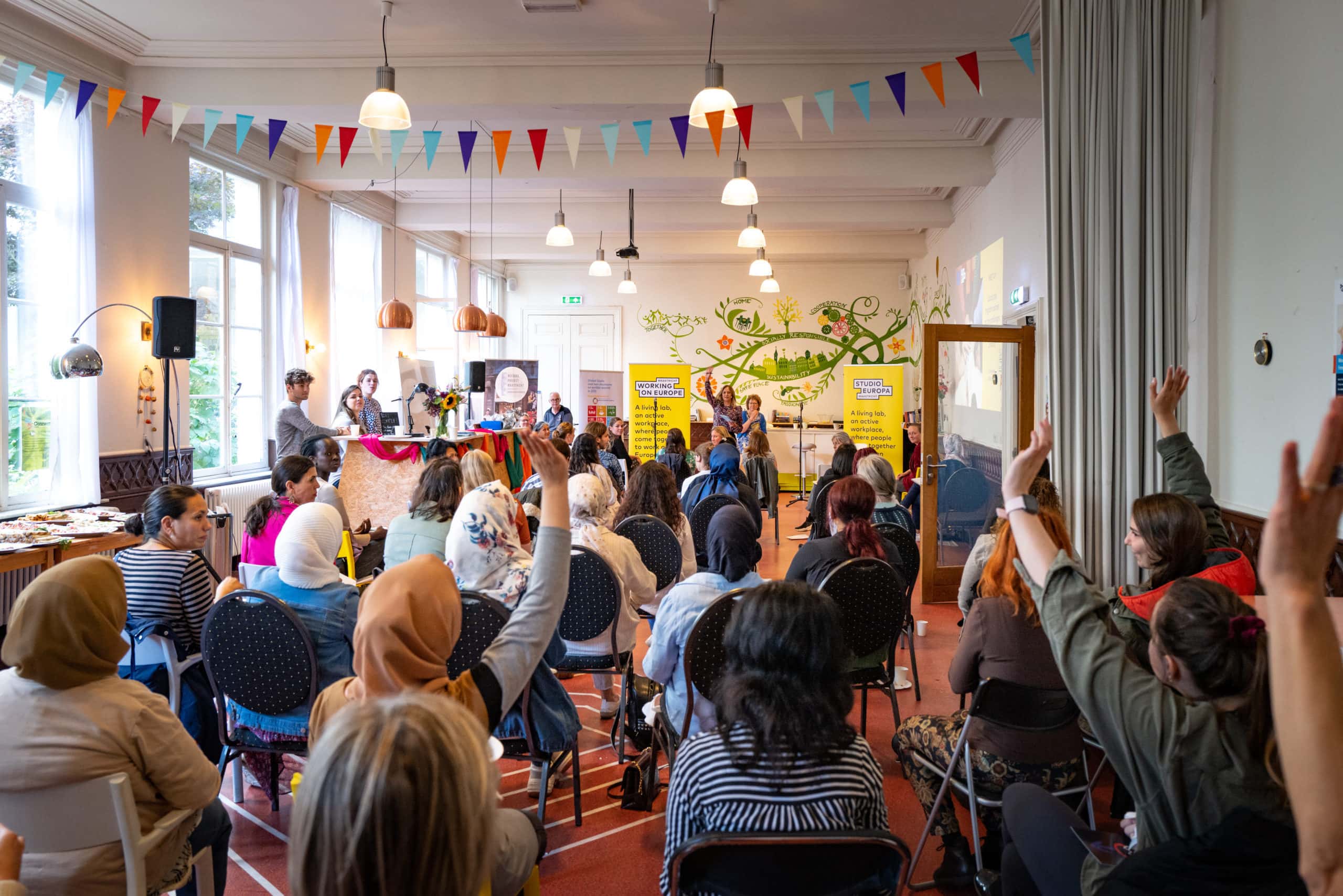 On a sunny Friday afternoon at the student chaplaincy InnBetween, a meet-up between local and migrant women took place. More than 50 participants took part in heart-warming conversations about migration. As the public dialogue on this topic is often dominated by stereotypes, the event aimed to foster mutual understanding by facilitating intimate encounters and focussing on sharing personal experiences.

During the afternoon, a great variety of topics were discussed. The speakers introduced issues such as participation in the labour market (Annemie Smeets, Dutch Council for Refugees), identity and culture (Szilvia Fehérvári and Sehrish John, InnBetween), family law (Susan Rutten, Maastricht University; and Esther van Eijck, Van Eijk Research & Consultancy) and the use of terms like ‘migrants’ and ‘expats’ (Julia Reinold, Expats x Migrants).

The interaction between moderator Kirsten Paulus, the various speakers and participants created a lively discussion on the situation and prospects of migrant women in Limburg. According to the participants, there are still many obstacles migrant women have to overcome. They often face a multitude of stereotypes, for example, from colleagues or neighbours. ‘We are supposed to be poor and not wear a nice watch’, Sehrish (Pakistan) said.

Women can have a difficult time learning Dutch, receiving Dutch education in the first place or adapting to the cultural differences. ‘In Dutch culture, women are expected to be assertive, while in many cultures women are taught to be humble’, Jacqueline Warikken (Dutch Council for Refugees) explained. Migrant women cannot always find work easily and usually have to take care of their children (because arranging childcare is too complicated), both of which can lead to social isolation. They may also encounter problems with the validity of their diplomas or the differences between the Dutch and Islamic family legal systems.

These obstacles, no matter how challenging, can be overcome. For example, through a female empowerment project focussed on careers in healthcare (In de zorg – uit de zorgen), the Syrian migrant Sanaa (Syria) found a job as a caretaker. She wanted to find a purpose in life besides taking care of her family. Like Sanaa, many others at the meet-up found their own way in Dutch society through a job or education; among them were teachers, HRM professionals and educational assistants.

‘Even the small steps must be celebrated’, Jacqueline emphasises, ‘and there is no shame in dreaming big.’ As Safia (Afghanistan) put it, ‘I want to find a good job and educate my children to become great Dutch citizens. I also want a car of course – to go on holiday’.

The meet-up was organised as part of the Act for Global Goals Days. Organised by Mondiaal Maastricht, the goal of this annual event is to build bridges between citizens and organisations as part of the UN Sustainable Development Goals. The event was also part of the EU-funded EU-MED project, a collaboration between a broader consortium of European organisations.