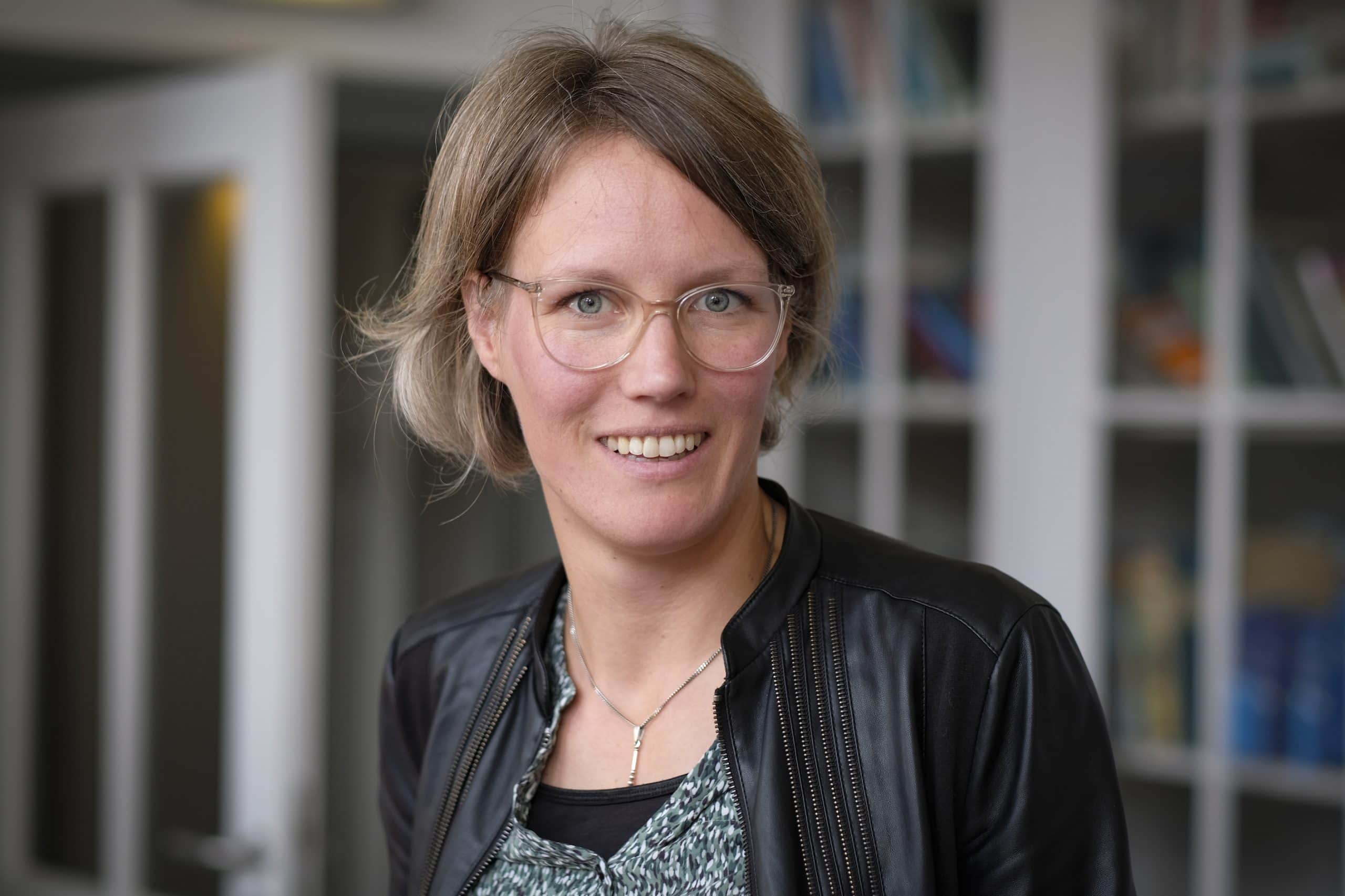 EU leaders hope the Conference on the Future of Europe, a wide-ranging programme of work focused on EU reform, will point the EU in the right direction for years to come. Studio Europa Maastricht spoke with assistant professor of European political history Karin van Leeuwen. The question that should be front and centre, she believes, is fundamental: who calls the shots? “Why should the EU decide that Hungary can’t do what it wants?’

Poland’s constitutional court recently ruled that their government is free to partially ignore EU treaties. And amid the worst economic crisis since 2008, judges in Karlsruhe ruled that the European Central Bank had gone out of the bounds of the German constitution by strengthening the position of the euro. These recent rulings raise a question that has haunted the European project for decades: who decides?

“Ultimately, this is a debate about where the law ends and politics begins,”  says assistant professor of European political history Karin van Leeuwen. “But the public debate presents it as a clash between Brussels and the member states.”

‘Why should we listen to an EU judge if our democracy wants something different?’

Who calls the shots?

Both conflicts – judges against politicians and Brussels against national capitals – overlap, says Van Leeuwen. “In both cases it is about sovereignty. Who calls the shots?”

The answer to that question is enshrined in the constitution in many European countries, says Van Leeuwen. “For example, Germany’s constitution sets out  fundamental principles which take precedence over everything else, including international law.” That idea harks back to the early days of nation states, emphasises Van Leeuwen. “But now, the world – certainly Europe – looks very different.”

The tension between national law and EU rules has been one of the major pressure points in the EU since the bloc was founded, notes van Leeuwen. “Why should we listen to a European judge if our democracy wants something different? That’s a valid and frankly basic question.”

The European Union has come up with its own answer, says Van Leeuwen. “Step by step, countries relinquished control to the Union in more and more areas, including fundamental ones such as monetary policy and the rule of law. The judge monitors whether countries adhere to the agreements made. But that is not always clear to citizens.”

Outgoing German chancellor Angela Merkel highlighted this conflict during the recent Euro Summit, where acrimony over Poland’s ‘rule of law’ ruling reached its peak. She told leaders that member states face a choice between a return to the nation state and an ever closer union.

Merkel wants this choice to be put on the agenda of the special Conference on the Future of Europe. The outcome of the conference won’t be a treaty or new legislation. It will be used to advise institutions like the European Commission on the next amendment to the treaties, explains van Leeuwen.

Why should the EU say Hungary can’t do what it wants?

Like Merkel, Van Leeuwen  believes that sovereignty should be a major talking point. “The idea when new member states joined was that we had collective agreements, and it is essential for all countries to adhere to them. Those agreements were also intended as anchors for the often young democracies that joined the union. If one member state started to drift off, we could just remind them of the treaties, and they’d step back into line”, says van Leeuwen.

In recent years, however, debates over the treaties have proved more unruly than many first expected, notably with disagreements between western Europe and states like Poland and Hungary. “Why should the EU say that Hungary can’t do something”, Van Leeuwen asks, “if the Hungarian parliament decided with a two-thirds majority it wants to do it?” “One could say that everyone should live by these agreements, some of which were signed over thirty years ago. But at the end of the day, we need to ask who is enforcing these rules – who is acting as the police officer?”

The EU is hesitant to adopt this role. That trepidation is explainable, says Van Leeuwen. “Our current debates assume that Brussels is diametrically opposed to national democracy, but the EU exists solely because those national democracies previously committed themselves wholeheartedly to it.”

“A judge tells you what to do, but not how to do it”

Instead of talking about Brussels against member states, it is better to talk about the division of responsibilities between judges and politicians, argues Van Leeuwen. “What the discussions in Poland and Hungary, for example, reveal is that an oversized role for international treaties squeezes out national governments from certain domestic decisions. “That’s hard to justify, because the political debate at the national level is all about domestic law.”

The Netherlands is an extreme example. Dutch judges cannot refer to the Dutch constitution during their cases, but they can refer to international and European (treaty) law. A radical step, says Van Leeuwen, because in practice this means that international agreements in Dutch courts are a more important starting point than the national constitution.

‘Things become difficult when judges wade into policy – they have no relationship with the voters.’

“Abstract treaties are one thing, but things get really complicated when the law comes into contact with reality.” For example, six years ago, a Dutch judge decided that the Dutch government had to reduce greenhouse gas emissions to comply with international law, after action group Urgenda filed a lawsuit.

A necessary decision, perhaps, but also one that raises difficult questions. “Judges tell you what you’ve got to do, not how you’ve got to do it”, van Leewen says, pointing to the huge policy discussion such a ruling opens up. “There is always a difficulty when judges rule on policy. They have no relationship with the voters, no democratic mandate and no power to tax and spend. Policy is a political discussion”.

Clearly, disagreements over sovereignty are not exclusive to eastern Europe. “Who has the last word, and why? That’s a bigger discussion,” says van Leeuwen. “Sovereignty was key to the Brexit debate. People long for clarity, to have power lie either in Brussels or in the capital, not spread out over many places, with the many complications that brings. But that has been the complicated reality for a long time.”

As leaders at the Euro Summit threatened Poland’s EU funding, Polish prime minister Morawiecki decided to give in to some of their demands and reform parts of Poland’s judicial system. This is just one example of the complex and messy reality of the tensions between Brussels and member states. Clashes like this could well continue until the fundamental question, of who calls the shots, is answered.

Karin van Leeuwen is assistant professor in European political history at Maastricht University. She researches political and legal history and was awarded her PhD for work on Dutch constitutional reform.