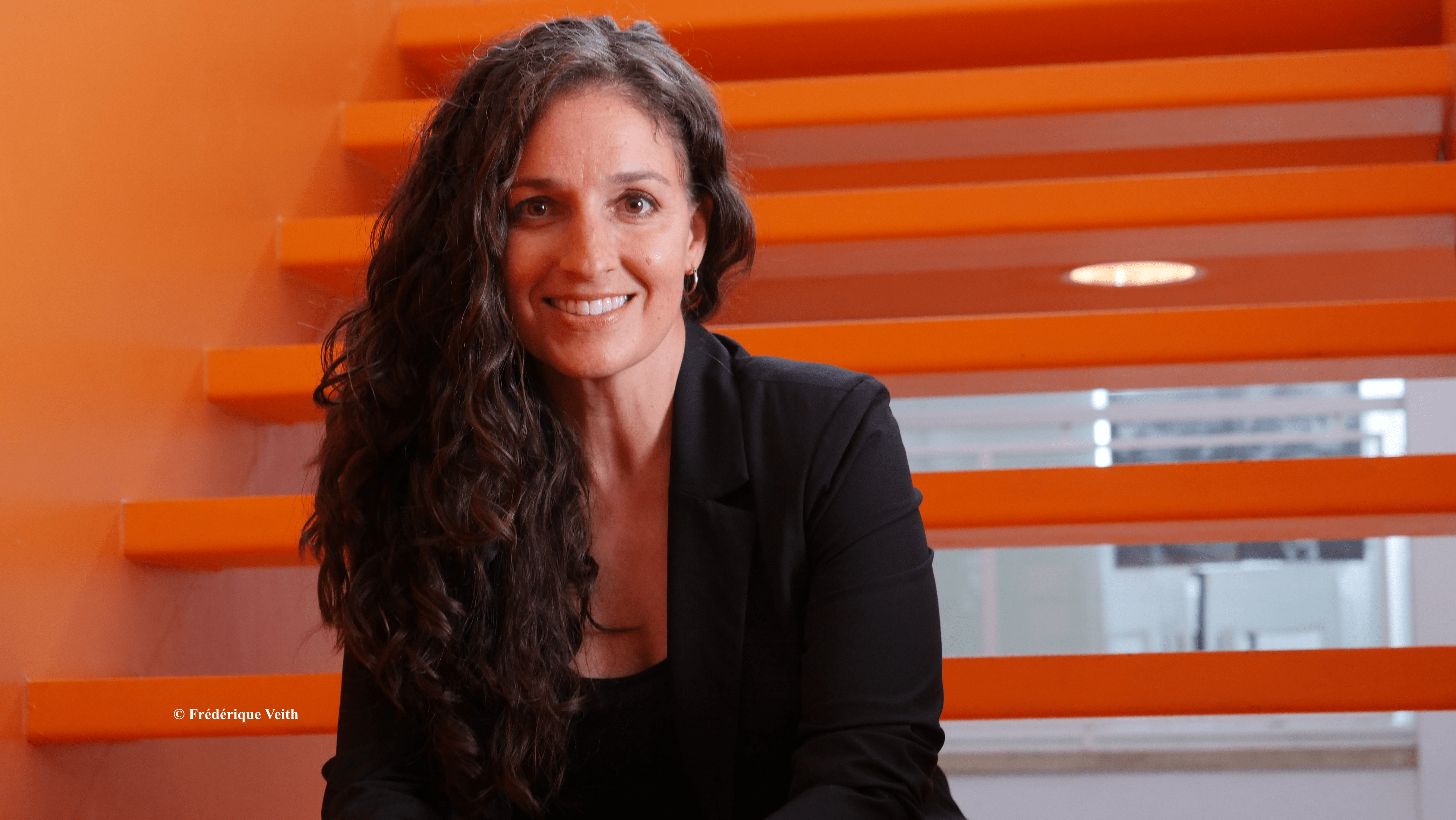 This January, two hundred randomly selected citizens will discuss the future of European migration during the Conference on the Future of Europe, with Maastricht hosting the Conference’s migration programme. Studio Europa Maastricht poses the four questions up for discussion to professor of migration studies Melissa Siegel. “The European Union has taken a ‘Europe first’ policy. It’s doing what Trump wanted to do, but without admitting it.”

The Conference on the Future of Europe is coming up and migration is one of the main topics. Given your expertise, we wanted to pick your brain on the four questions on the agenda.

“They’re tough, and I have more to say about some than others. Let’s do it.”

Great. First on the agenda is asylum and migration. The question is: how can we build an asylum and migration management system which combines solidarity and responsibility in tackling the challenges arising from the migratory flows reaching the EU?

Siegel sighs. “I mean, it’s a pity that we don’t see the solidarity towards non-EU migrants that we see within the EU. We have to be careful not to single out and vilify certain countries. It’s not just Eastern European countries that refuse to take refugees; most countries don’t want to do anything above the absolute minimum, and that’s a real problem.”

So what could be a solution?

“The EU should take a carrot and stick approach. The current allocation formula, which dictates how many migrants member states take in, is very fair. It is based on unemployment rates, GDP, population size and density. Based on that, countries should be supported financially when they take in refugees. Decent numbers, not a drop in the bucket. Flat out refusal to accept any migrants should not be allowed, and should be penalised. In short, any country which refuses needs to either have EU financing withheld from them, or be taxed or fined. Enough money that it hurts. That’s an immediate solution.”

The EU is not only struggling with how to treat those who stay, but also with those that they want to return to their home countries. The conference asks: how should the EU work with third countries to ensure smooth handling of return and reintegration of those who have no right to stay in the EU?

“The EU should be more realistic about its return policies. For example, a lot of EU member states want countries to take back non-nationals. But it’s unreasonable to ask Morocco to take back Nigerians just because they crossed through Morocco. Some governments also don’t want to take back people they feel like have been wrongly treated by the EU. They understand why their citizens have migrated irregularly to the EU, because the EU simply doesn’t have enough regular migration entrance channels! These countries argue that they let Europeans visit without any problem, but the EU doesn’t let their citizens do the same. As an American, I don’t need a visa to visit Europe, but a Nigerian does. Those countries decry the idea of a ‘fortress Europe’ that their citizens cannot enter.”

“Third countries hate being told what to do by the EU”

But there will always be people who don’t qualify for asylum status.

“Yes, and that’s where you need a strong, respectful relationship with their country of origin. The EU often comes into negotiations saying ‘we are bigger, stronger, and we have more money’. But third countries hate being told what to do by the EU. Ultimately, the EU cannot be like a colonial power, telling others what to do again. Wherever we see a real partnership, we see positive collaboration in return. The process of people returning to Cape Verde and Georgia is very smooth, for example.

The conference also asks how migrants can best contribute to our society.

“In many ways, migrants are already positively selected, even if that isn’t on purpose. They choose to move, and migration is hard. So, on average, they are much more willing and capable to push through the hard times and make something of themselves. And Europe obviously needs them. Europe isn’t having enough babies, nor is it producing enough of what it needs to consume. Migrants are important for filling shortages in labour markets, which exist all over the place at the moment. They’re also important in helping to reduce prices of consumer goods and services, which benefits people locally. They help make sure goods get to markets that wouldn’t get there otherwise. After all, it’s not the Dutch people picking vegetables in farms.”

Siegel continues. “Research also shows migrants contribute to innovation disproportionately. Not just super high-skilled migrants, but also low-skilled migrants, who free up time for locals to be able to use skills in other ways. They make food so that you can work longer, or so women can go into the labour market. And they bring new foods and cultures to a society, which I would say is a very positive thing, although I know some will disagree.”

And how can the EU help to foster successful integration?

“There are so many positive ways to encourage integration! We just don’t see the push for those policies.”

“First, we need a welcoming culture. Not a society that merely tolerates migrant populations. Buddy programmes and mentoring is important, and there needs to be support from those cities migrants have settled in. It’s not easy to know how a new society works, with its different healthcare and education systems, for instance.  Similarly, language training needs to be easily accessible and of high quality. And authorities need to process asylum claims much faster in general. Right now, people are kept in limbo for a long time, which causes a whole range of problems. People who will definitely qualify for asylum, like refugees from Syria, should be allowed to work and go to school immediately instead of waiting for months and years. Once the applications are processed, people need to be relocated to towns and cities much faster. Right now, there are people with a right to asylum rotting away in deplorable camps in Greece.”

The EU increasingly says ‘we believe in human rights for us, and we’ll  think about it for everybody else’

Recently, a group of 12 EU countries including Greece called on Brussels to toughen border measures against migrants. According to Politico, some diplomats are already referring to the proposal as a call to “legalise pushbacks”, i.e. the process of forcing migrants to leave the EU before being able to apply for asylum. What do you think about this proposal?

“It’s absolutely unthinkable! It’s against international law and violates human rights. If the EU believes in human rights, then pushbacks are a categorical no.”

“Because you don’t know if the people you are forcoing out have a well-founded claim to asylum. They have to be allowed to put in those claims. I actually think we need more political and legal pressure at EU level for this not to happen and for countries to be penalised. It seems to me that the EU increasingly says ‘we believe in human rights for us, and we’ll  think about it for everybody else’. Europe has taken a ‘Europe first-policy’ without admitting it. It’s doing what Trump wanted to do in the United States.”

On the question of keeping people out of the EU, or ​​–more diplomatically, border management– the Conference asks how we can further enhance efficient management of the EU external borders.

“It shouldn’t be up to Italy and Greece to deal with everything in the Mediterranean; everyone should be sharing the costs and benefits of having external borders. It’s Europe’s border, so Europe should pay for it. More money should be distributed from Brussels to where it’s needed most.”

But states don’t want to give up sovereignty.

“If integrated borders are to be efficient, this is how it needs to be done. And it’s absolutely possible without the EU taking over Greece’s border. You need political will. I always say that wherever there is a will, there’s a way. The problem is that there is no will.”

How do you solve that problem?

“That’s very difficult. The will might come by breaking the issue down a bit more. Maybe certain types of migrants aren’t wanted, but others are. Let’s not talk about them as a monolith. And we need to remind people of their own history, because I think there’s a very short memory in Europe. Europe was upside down after World War II. Everyone had grandparents who were displaced in some way.

Passionately, Siegel argues that we need to get back to the fundamentals. “You’d hope that someone would take you in if you had to flee your country. But when I speak to my students who work as policy makers and border guards, they tell me all the things migrants aren’t allowed to do. I ask them whether they would like it to be that way if they were coming to the Netherlands as a migrant, and they say no –somehow it’s different when it’s about you. People don’t treat others the way they’d like to be treated. If only we took that as a first principle…”

Melissa Siegel is professor of migration studies at Maastricht University and UNU-MERIT, where she has also been head of the migration and development research section since 2010. She has a YouTube channel on the topic of migration.