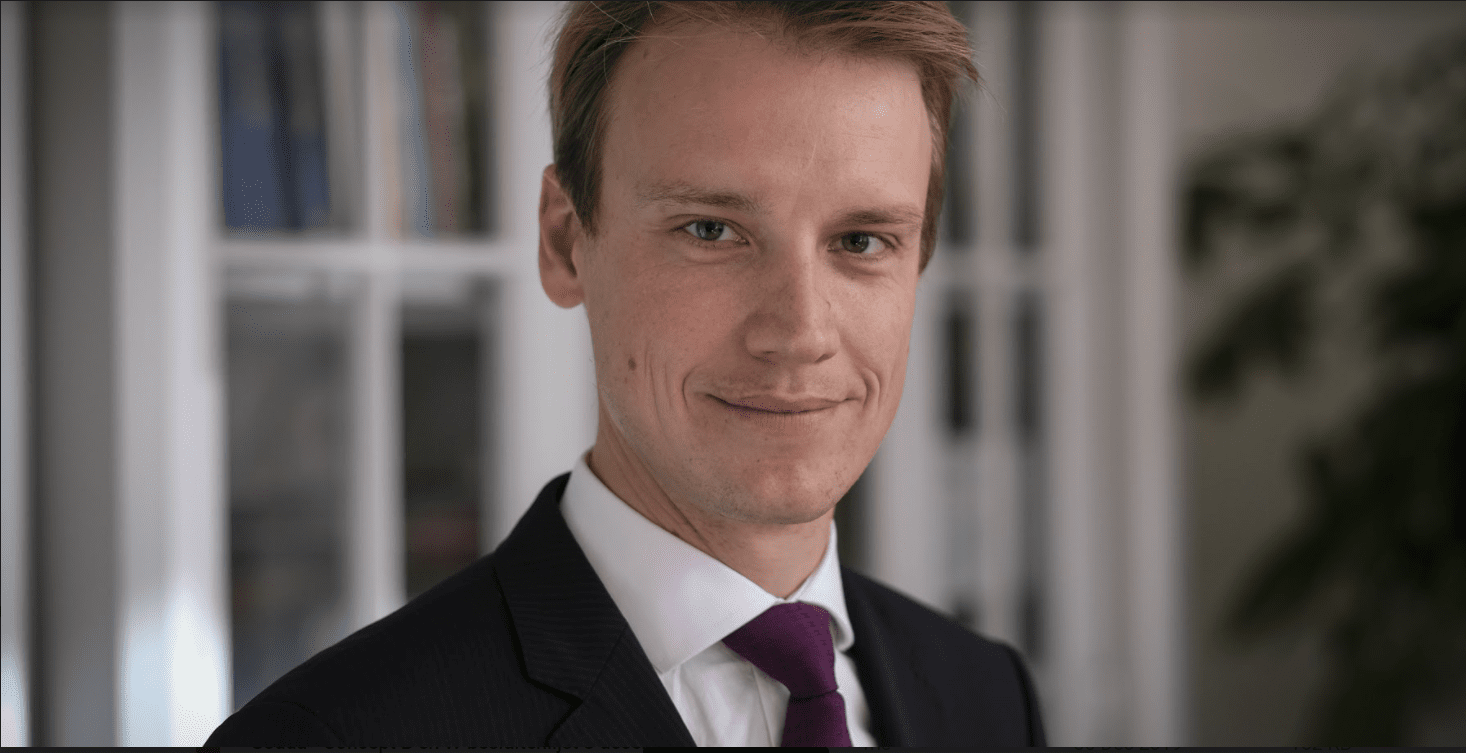 War looms in Eastern Europe as Russia threatens to invade Ukraine over supposed fears of an eastward NATO expansion. It is just the latest addition to the ever-increasing pressure on the liberal world order and longstanding international organisations. How should the EU respond, Studio Europa asks associate professor of political science Hylke Dijkstra. “The EU should now start preparing for a world after Biden.”

In the early 1990s, multilateralism and international cooperation were seen as the way forward. How is it possible that these principles are in such dire straits just thirty years later?

“There has always been movement back-and-forth on this. Take the United States under President Clinton. They took steps towards greater cooperation but his successor, Bush Jr., took steps back again. In the past decade, however, multilateralism has come under serious pressure, with emerging powers putting the system to the test and nationalists and populists wanting to run the show.”

When did the pressure from these countries start?

“About ten years ago, China said publicly that they had become an important global player and, as such, should be afforded space in existing institutions like the World Trade Organisation. China and other countries have actively started working on their own institutions, too. They set up the New Development Bank as an alternative to the World Bank and the International Monetary Fund, alongside the Asian Infrastructure Investment Bank. Time will show that this is only the beginning.”

Why is the participation of China and other emerging powers a challenge to the global order? Could it not enrich and improve international cooperation?

“It is only right that these countries are telling established powers to make room for them. It is perfectly reasonable that a country like India – with some 1.4 billion inhabitants – says that. That means that Europe, heavily represented in international institutions, may need to take a step back.

But Chinese multilateralism looks very different from what the West envisions. If the Netherlands sends a high-ranking official to the United Nations or the World Bank, it is clear to the Netherlands that they work for the UN or the World Bank. If China does that, that person typically works partially in the interest of the Chinese state. That’s a very different take on the independence of international institutions, which we should be none too happy about. What’s more, China is undermining discussions on human rights in every possible way and is expanding its influence over territories like Taiwan and Hong Kong. Europe must respond forcefully; if China wants to be part of the international community, human rights must be on the agenda.”

What role do populists and nationalists play in the recent weakening of international cooperation?

“During the Trump years, the United States showed us that international institutions can be pushed aside easily in the name of putting ‘America First’. The country that helped found the international world order simply pulled out of the Iran deal, the Paris Climate Agreement and UNESCO, vetoed the appointment of judges at the World Trade Organisation, and suspended its contribution to the World Health Organisation during the coronavirus pandemic.

It was an overt attack on the liberal world order, an attack which strengthened the position of populists and nationalists across the world. Even though Trump is now gone, the consequences are not; where America led, many other countries followed. Burundi and the Philippines agreed to leave the International Criminal Court, and Japan withdrew from the International Whaling Commission. Just as these international foundations collapse, the EU faces its own problems. It has to ask itself: how strong are our own institutions? Because even within Europe, countries such as Poland and Hungary feel empowered to violate European agreements.”

“Nobody in Europe seems concerned with the question: what do we do when there is someone else in the White House in three years?”

The liberal international order was under pressure before coronavirus hit. How has the EU withstood the shock of the virus?

“The coronavirus crisis was the moment when the EU doubled-down on cooperation. After Brexit, the EU was faced with two questions  – where was the union going, and would there be more?

But within three months after the start of the coronavirus crisis, we saw unprecedented unity. There was an economic stimulus package worth about €800 billion, almost doubling the EU budget. Important taboos were broken. The coronavirus support package has been partly funded through innovative financing such as European loans. That will probably become permanent, and will put a lot of power in the hands of the European Commission. The Commission can now assess national plans and demand that reforms are carried out by member states in exchange for support. That was unthinkable before the pandemic.

The EU also extended its influence over policy areas we thought were purely the responsibility of member states. It financed temporary unemployment benefits from countries, becoming partially responsible for social security. Those are really fundamental changes. I think that if we look back in a few years, we will see that European cooperation made great strides during the coronavirus crisis.”

The pandemic may have strengthened ties between European member states, but the pressure from outside the bloc remains considerable. These strains are no more apparent than at the Ukrainian border. What can and should the EU do to resist military threats?

“The problem in Europe is that we are cashing in on the goodwill of the Biden presidency. We are all relieved that after four years of Donald Trump, there is a president in the White House who unequivocally endorses transatlantic cooperation. But he has less than three years until the next presidential elections and yet no one in Europe seems to be wondering what they will do if that leads to a new occupant of the White House. Whether that person is Republic or Democrat, they will inevitably be less European oriented than Biden – that much is clear. The EU must now start preparing for the world after Biden, and that ultimately means more money for defence and security. The basic point is that really big steps are needed.”

No sense of urgency

Across Europe, it feels like there is no sense of urgency when it comes to growing international instability. Foreign policy is the last chapter in the coalition agreement of the new Dutch cabinet, for example. How is that possible?

“Take Ukraine, as an example. We in Europe think that they should defend their national borders themselves, that we should not get our hands dirty. The discussion on these kinds of issues is very limited, there is no strategic culture in European society. We have very few discussions about strategy and military issues. Ministers covering foreign affairs and defence are thinking about it, and so are some think tanks, and there is an elite consensus that things cannot continue like this and more money for defence is needed. But the debate on strategic autonomy often excludes citizens. The Conference on the Future of Europe can be a first step in inviting ordinary people into the wider debate on foreign policy questions, like whether the EU should be responsible for its eastern border and, if so, whether its role should extend beyond simple diplomacy.

Bio
Hylke Dijkstra is associate professor of political science at the Faculty of Arts and Social Sciences (FASoS) of Maastricht University. He is leading a research project on the rise and fall of international organisations such as the European Union, the World Trade Organisation and NATO.