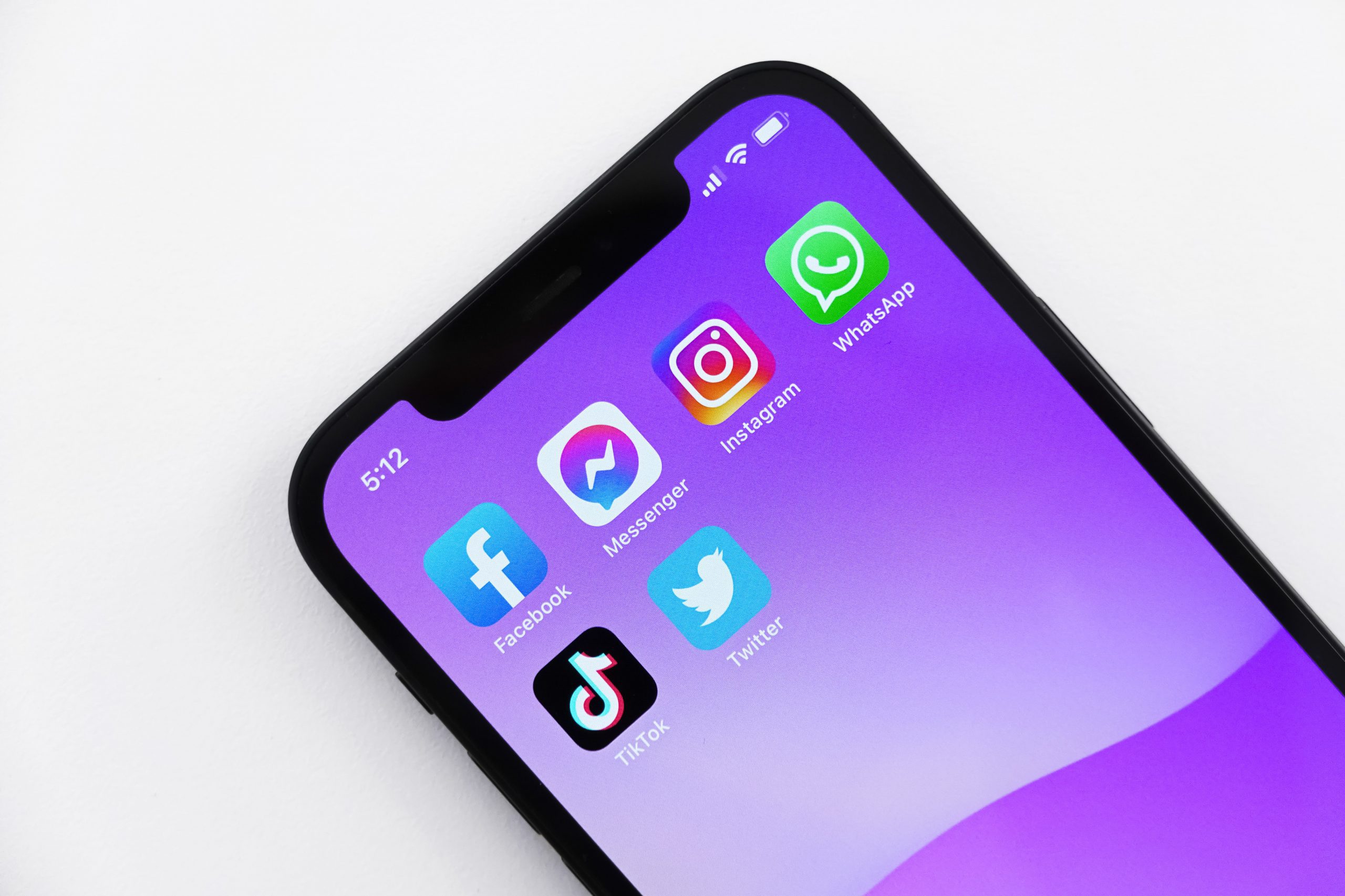 After more than 12 years at Maastricht University, Catalina Goanta is pursuing her career as Associate Professor in private law and technology in Utrecht. With the prestigious European Research Council (ERC) Starting Grant, she will now focus on the legal issues that arise from human ads and influencers on social media. “The conversion from attention to sale has become shorter than ever before.”

The term ‘influencer’ has been around for a while now. Five to ten years ago, celebrities like the Kardashians started to become a popular avenue of advertising for a lot of brands. Now, it is no longer only celebrities who make revenue on the internet with their presence, but also regular people who ‘go viral’ on social media. “They manage to do this because of their charisma or likability,” Goanta explains. “By engaging in advertising on social media, they have become so-called human ads.”

“Social media are no longer about sharing photos from your birthday party, connecting with friends and sharing cake recipes. It is now all about content monetisation.”

These human ads are what Goanta has been working on during her time at Studio Europa Maastricht and is the topic she will now specialise in. More specifically, she focuses on young entrepreneurs who monetise their presence online by making content on social media. “Often, they engage with advertisers and try to promote things in their content. This is a new phase of social media, which is no longer about sharing photos from your birthday party, connecting with friends and sharing cake recipes. It is now all about content monetisation.”

Goanta explains how social media have changed over the past decade: “Before, influencers on Instagram would promote products that are available on Amazon, and generate their profits via a program there. Nowadays, social media have integrated advertising into their platforms: Twitter has a feature called Twitter Shops, Facebook has a checkout-button… And Instagram is becoming the new Amazon itself. As a result, the conversion from attention to sale has become shorter than ever before.”

If you are an influencer and you are being paid to create content, in which you promote a certain product, this is essentially the same as product placement in a movie. The problem is that these advertisement are not treated the same, Goanta explains. “We should apply the same set of rules, meaning more transparency and disclosure. However, the situation is much more complex on social media. Platforms also have an interest in promoting influencers, who attract more attention to the platform.”

“The walls between non-commercial, commercial and political speech are becoming more and more invisible.”

Influencers rely on the ‘word of mouth’ advertising, recommending certain products or services, Goanta explains. “They do this in a comparable way as friends or family, so people tend to believe them. This leads to a convergence of non-commercial, commercial and political speech on social media. The walls between these different kinds of messages are becoming more and more invisible.”

Often, it is thus not clear when influencers actually engage in advertising and what they advertise. Goanta sees this as a big problem. “It is one thing if you have been manipulated into buying something you actually did not want or need, but the consequences can become even more severe if influencers are being paid to promote political messages. That should definitely also be disclosed.”

What role do all actors, including influencers, brands and the platforms themselves, have to create a commercially fair and safe space for consumers? This is the main question Goanta wants to answer. But she is not only working on a general understanding of what fairness looks like in the social media ecosystem; current European regulations and creating a new legal framework are also part of Goanta’s research.

Since the last interview of Studio Europa Maastricht with Goanta, about one year ago, a lot in the European regulations on social media has changed. “Influencers are now specifically recognised as stakeholders in the social media economy,” says Goanta. “The European Parliament has also created amendments that take into account influencer marketing in more visible ways. It is already clear that advertising through influencers, even if they receive other benefits than money, will need to be disclosed within the next two or three years.”

Platforms will also get a responsibility in this disclosure of advertisements on social media, although it is not clear yet how they need to comply with the legal standards. “Maybe they should introduce a button to report undisclosed advertisements,” Goanta proposes.

Currently, social media platforms are rarely facing punishments for failing to ensure this kind of transparency to their users. Still, according to Goanta, in many countries there are procedural grounds on which social media could be taken to court for not complying with certain standards. “The issue is that they cannot even notice everything that is happening on their platforms, because they do not have the resources to investigate that. Because of this, it is hard to blame the social media themselves in a court case.”

One social medium that has recently received quite some attention regarding its regulations is Spotify. Goanta argues that this streaming service is becoming more and more like a media company, because podcast producers can earn money with subscriptions on the platform. For Goanta, this raises the question: what are the rules of the game? “Most podcasts already disclose the producers of the ‘jingle’ at the start of podcast episodes,” she explains. “But what to do with the actual content, if products or services are clearly being promoted in these podcasts?”

Podcast producer Joe Rogan is the specific reason for the recent upheaval about Spotify. He distributed his podcasts on the platform exclusively so that they could benefit from his popularity among the conservative audience, according to Goanta. “The problem was that some of his content provided concerns for the public interest, like inviting people who have been banned from YouTube or Twitter. Spotify initially said to be neutral, they didn’t want to become the new ‘police of speech’. They barely had any substantial content guidelines, for which they were then heavily criticised. People expected Spotify from taking a stance and even framed them as a new ‘FoxNews-like’ platform.”

“Spotify removed Joe Rogan episodes due to popular outrage, and not necessarily because it violated its very vague guidelines. There is some hypocrisy in that.”

It became even worse for Spotify when Joe Rogan quoted the title of a book containing the ’a racial slur’. Although Goanta understands why people were angry about this, she finds the entire situation a bit hypocritical on Spotify’s side. “My criticism lies in the fact that Spotify removed some Joe Rogan episodes due to popular outrage, and not necessarily because it violated its very vague guidelines. There is some hypocrisy in that amount of discretion.”

The prestigious ERC Starting Grant allows Goanta to pursue her research at Utrecht University. “Something I never could have done without Studio Europa Maastricht,” she says. “Having the headspace for two years after my PhD to develop this research trajectory was absolutely phenomenal. It was fundamental for me to understand what the social media ecosystem looks like. I would give this as an advice to everyone who is about to finish a PhD: find yourself someone who does for you, what Studio Europa did for me! They also facilitated the best events, which were not only interesting and helpful, but also very entertaining!”

The aim of Goanta’s grant is to explore if there is a need for a general European legal regime and what such a framework could look like. Although hypotheses do not really exist in law, she expects that “we can take some private law concepts, such as contractual fairness and transparency, and expand them to make them applicable to social media. If we manage to draw some walls between the types of content we see there, we can apply this kind of rules. Maybe, we can then finally transform social media into a fair and safe space for everyone.”

Bio
Catalina Goanta is Associate Professor in private law and technology at Utrecht University. From 2019 to 2021 she was a postdoctoral researcher at Studio Europa Maastricht where her research dealt with the control of monetized content on social media.