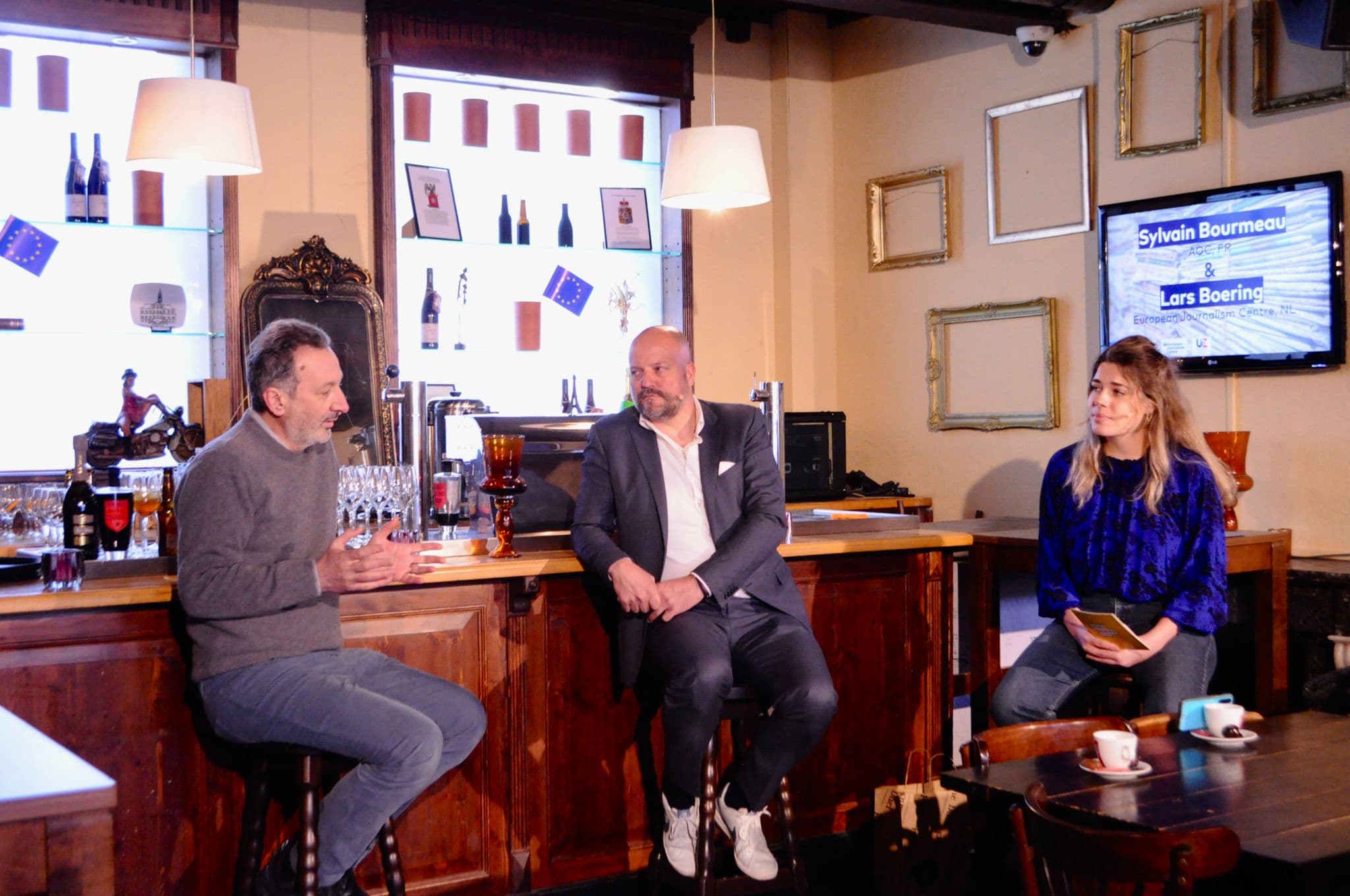 Last weekend, in over 30 European cities, French journalists gathered with local counterparts to discuss the future of journalism in Europe. The discussions took place on the occasion of the cultural programme of the French presidency of the Council of the European Union. The Dutch edition of this pan-European event was hosted by Studio Europa Maastricht in collaboration with the Institut français des Pays-Bas and the European Journalism Centre.

Similarly to the other participating cities, the discussion took place in an authentic cafe as cafés are symbolic of the long-standing European tradition of dialogue and encounters. The organisers were inspired by the French-American literary critic and essayist George Steiner, who declared in a 2004 essay: “So long as there are coffee houses, the ‘idea of Europe’ will have content.”

For the Dutch edition of the event, titled “(Un)covering Europe: a Franco-Dutch perspective on the future of European journalism”, the speakers and an audience of about 30 young people gathered at the authentic Café Charlemagne in the city centre of Maastricht. The event commenced with an opening speech by Luis Vassy, the French ambassador to the Kingdom of the Netherlands, followed by two discussions in duos moderated by Studio Europa’s programme editors Annelies van Rijen and Job Zomerplaag.

The first discussion revolved around the coverage of European affairs in France and the Netherlands and the differences and similarities between these two countries. Dutch EU correspondent Lise Witteman and French staff writer of Mediapart Ludovic Lamant also discussed the importance of cross-border collaborations in investigative journalism projects.

The second panel featured the director of the European Journalism Centre, Lars Boering and Sylvain Bourmeau, co-founder and managing editor of AOC media, a French independent media outlet. Their discussion highlighted the topic of media ownership and whether a new form of journalism can reduce polarisation between media outlets and their readers.

During and after these talks, the audience participated in the discussion. For instance, audience members raised questions about whether it might be possible to create a European public sphere through media and the transparency, and lack thereof, of EU institutions.

After the event, a French-style lunch was served where both the audience and the speakers continued the discussion.

The event was live-streamed and is available on our Youtube channel.