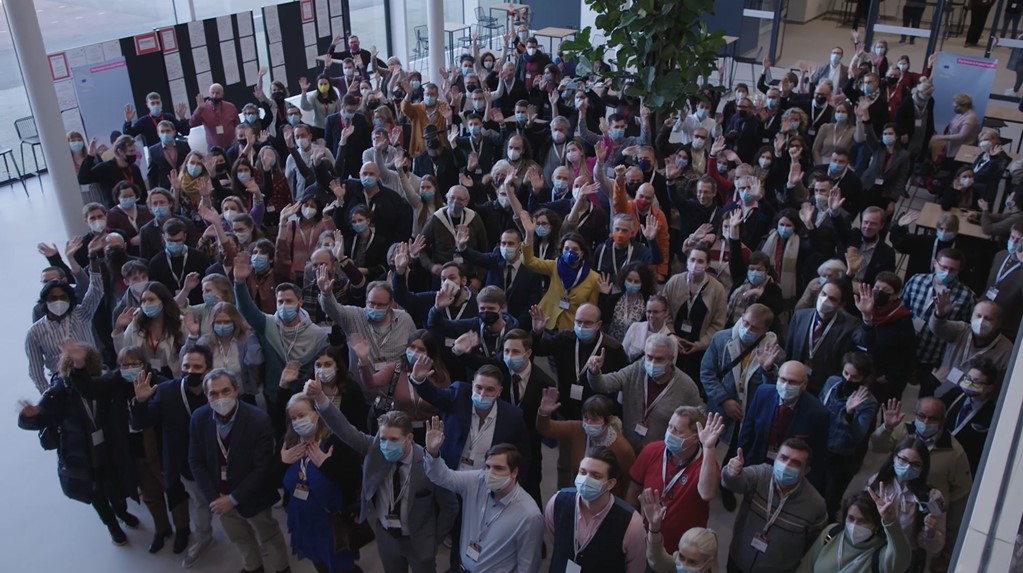 ‘It’s very important that the public debate about Europe actually takes place’, Maarten van Gaans (Limburg’s provincial executive for Energy, Mobility and Europe) said in an interview with Studio Europa Maastricht minutes after he gave the official welcome at the Conference on the Future of Europe citizens’ summit. After Strasbourg, Warsaw and Florence, it was Maastricht’s turn on 11-13 February to host a fourth citizens’ summit. During the three days, 160 Europeans discussed two central topics: migration and Europe in the world.

The start of the weekend

After the participants had attended the official opening, there was room for debate and discussion in both the open forum and smaller subgroup sessions. During the coffee breaks, participants spoke to the media in attendance: ‘I expect a lot of work and enthusiasm, and I hope these three days help to improve Europe’, one of them said. ‘I’ve waited for this event for a few months now, and I am happy to be here’, someone else mentioned enthusiastically.

The event proceeded smoothly. Moderators led the discussions while observers and notetakers kept their eyes and ears open, and the organisers were present as the first point of contact for all. Dubravka Suica, Commissioner for Democracy and Demography, underlined the goal of the conference: ‘We want to fill the space that exists between the two [European] elections, and narrow the gap that exists between policymakers and citizens’.

Although the citizens were selected in order to accurately reflect European society, the diversity of the participants was criticised. ‘The people I have spoken to have an intrinsic motivation and interest in the European Union and its decision-making process. I haven’t seen any farmers, bakers or factory workers yet. So, I wonder whether this panel is really representative’, Michiel Hoogeveen, a member of the European Parliament (JA21) argued.

Recommendations from the panel

On Friday night, the participants had dinner in Chateau Neercanne after they were shown around Maastricht’s city centre. On Saturday morning, nonetheless, they were expected early at the MECC conference venue. The citizens provided and received feedback on their ideas about Europe’s future. Additionally, they voted for the recommendations that should be presented to EU politicians. ‘We have worked really hard so the politicians understand what we want to say’, one of them concluded.

Guy Verhofstadt, a member of the European Parliament and vice-president of the Conference on the Future of Europe, was positive about the potential outcome of the citizens’ panel: ‘It provides a few clear, ambitious and courageous recommendations from the citizens’. Yet, the scope of the summit was brought into question. ‘There has not been much engagement beyond the conference itself or the Brussels bubble’, Alvaro Oleart, postdoctoral researcher at Studio Europa Maastricht and conference observer, argued. That’s why he advocated for more ‘national citizens’ summits’ to ‘bridge the gap between European and national politics’.

At the end of the weekend, the participants were mostly positive about the effect of the conference: ‘It totally changes the way you see your position as a citizen’. However, less hopeful conclusions were also drawn: ‘My experience with politicians is that they don’t listen’.

On the last day of the conference, 40 of the 46 recommendations received enough support to be presented during the plenary sessions in Strasbourg 11-12 March this year.

Watch the aftermovie of the conference below.