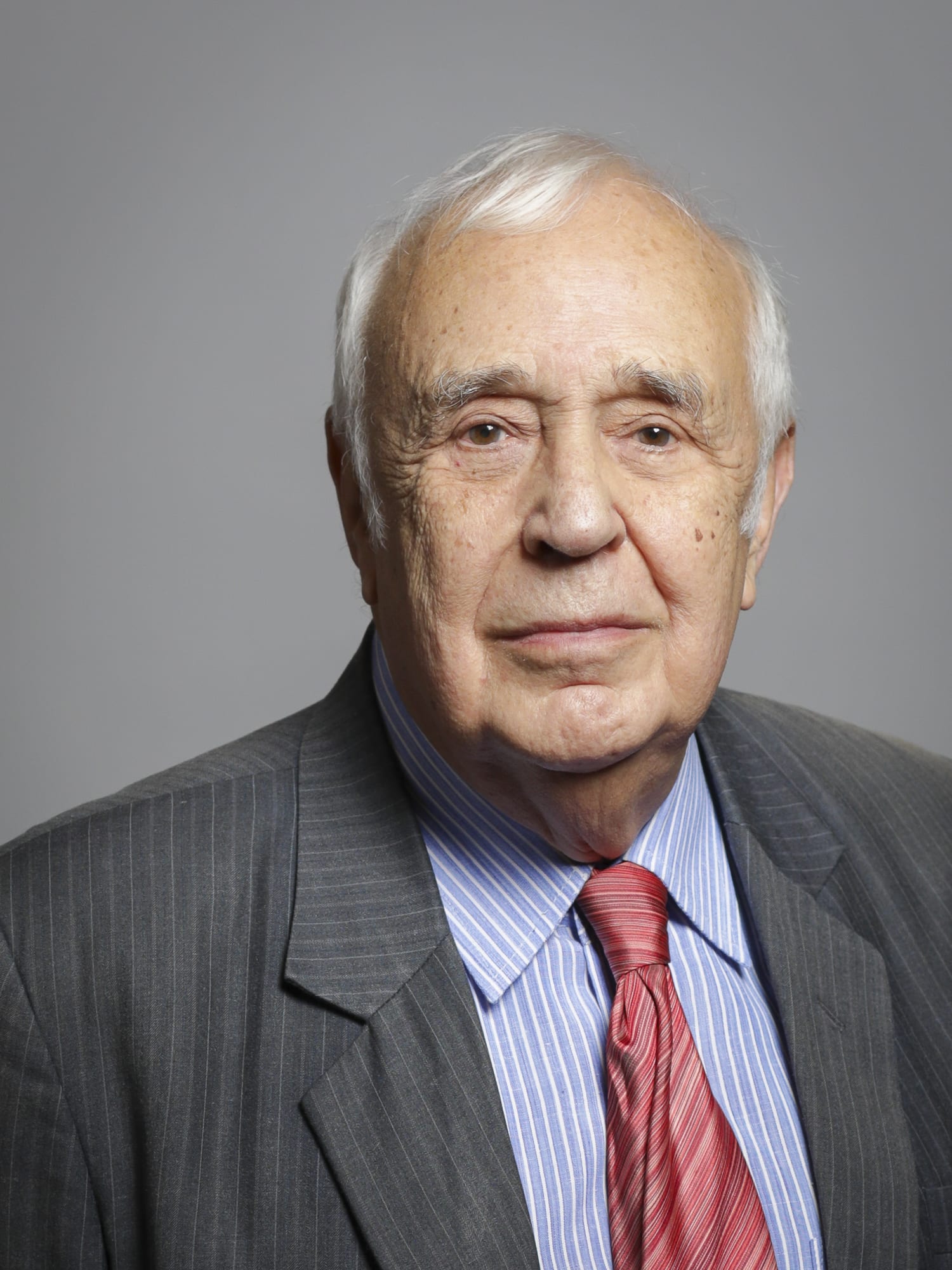 Robert Skidelsky isn’t seventeen anymore. The emeritus professor of political economy at Warwick University is eighty two to be precise, but his age does not seem to affect his productivity. He is working on a new book about machines in the twenty-first century, writes long and insightful blogpost on his website about climate change, corona and a guaranteed job scheme, still acts as an independent Lord in the British House of Lords and travels around to do speeches. During a lecture at Maastricht University in November, he is on his feet for an hour straight, actively gesturing along the way and in his old day, it doesn’t seem like he has stopped learning when he tells the crowd he came across a new word recently: clusterfuck; ‘I find it extremely expressive.’

Skidelsky is most famous for the several books he wrote about British Economist Maynard Keynes. To name a few: the three volumes long biography about the life and work of the economist and his 2009 ‘The Return of the Master’ published just after the financial crisis which played an important role in bringing Keynes’ work back on centre stage.

On one of his research trips for one of his several books, Skidelsky visited Tilton House, the manor where Keynes lived for several years with his wife Lydia Lopokova – a professional ballerina – and where they both died: Keynes in 1946 and Lopokova about 40 years later. Skidelsky found a poorly maintained house and managed to convince the tenant to lease him the property for a marginal sum, on the condition that he would restore it to its old glory. Skidelsky gave the house a facelift, settled in Keynes’ old study to do his writing and he and his family happily lived in Tilton for another 20 years.

Was Skidelsky working in the former study of the legendary economist who shaped the post-war economic order at Bretton Woods in 1944 when he heard of the landmark moment in Maastricht back in 1992 that would shape the European Union permanently? ‘Maybe’, he says over breakfast in his hotel the morning after the lecture, ‘but it doesn’t really stick in my mind, I didn’t think it was thát important at the time’. He does however vividly remember the Giscard committee that was established in preparation to the Maastricht treaty. ‘They wanted a strong political union next to the monetary union but it was rejected. That was a missed opportunity’.

In 2016, Skidelsky voted for Britain to stay in the European Union – ‘I thought it was the best for Britain and its future, it was not out of enthusiasm for the EU as such’ – but back in the 80 and 90s he opposed Britain to join the EMU. He supported the idea that Britain shouldn’t join until its economy was compatible with the demands of the EU. Tony Blair was very much in favour of joining the EMU he remembers –‘he wanted to put Britain at the heart of Europe and the EMU was the only project’-  but Chancellor Gordon Brown blocked the British accession to the common currency.

“From an economist point of view, the EMU was never designed to succeed”

A missed opportunity? ‘No I don’t think so. If you look at it from an economist point of view, the EMU was never designed to succeed. It is a fair weather system. If the whole economy is doing well, it works okay. But if you have a crisis, the weak countries get into trouble and Germany has to rescue them. I already said it back then: this isn’t really going to work.’

The problem of the EMU is that  it is a ‘practice without a theory’, Skidelsky explains. For Britain the EU was always just a trade area ‘with a bit of extra’ and that makes things a lot less complicated. But once you embark on a monetary union, you have to start talking about a political union. ‘A monetary authority has to be subordinate to a government. Otherwise, you are treating money as an independent actor and it shouldn’t be’.

Along with a political union, the EU also has had to do without an European treasury and centralized fiscal policy, an essential construction failure if you ask Skidelsky. ‘All responsibility to make the monetary union work was placed on the European Central Bank (ECB) while monetary policy is hopefully inadequate, it’s a weak instrument to achieving any purpose.’ This forced Mario Draghi to step up and take up a far bigger political role than the ECB’s mandate ever allowed, deciding on the fate of Greece end the Euro as a whole.

Still, the Euro enters its second decennium this year, thirty years after the signing of the Maastricht Treaty, doesn’t this make Skidelsky more optimist about the future of the monetary union? ‘The only reason the EMU is still here is because enough people don’t want it to fail’ he says.  ‘You can exist above hell and below paradise for a long time’ but it won’t be without consequences: the Euro will never be a reserve currency that can rival the Dollar or Chinese Renminbi – ‘currencies back by powerful sovereign states’ Skidelsky says, an ambition the EMU once had. And, there is always the looming risk that you ‘break up the whole thing.’

To better understand the EU’s current state of affairs and move it forward, it helps to look back at it origin. The EU came into being to prevent a bipolar world dominated by America and the Soviet Union, but when the later collapsed this third force was no longer needed. And with it ‘the impetus for creating a strong Europe that had an independent influence on world affairs disappeared’ Skidelsky says. This absence of outside pressure has been evident ever since in the EU’s development he says, pointing at the European dependency on NATO and the fact that a European Monetary Fund never was created.

“If France left, that would be a crisis”

The EU needs an impetus to take steps forward and that is why Skidelsky is intrigued by the idea of the ‘optimal crisis’ because ‘the devil has a role to play in human development’ he noted during his lecture. An event that hits you, hurts you – that is essential –  but doesn’t kill you and provides the ammunition to change for the better. ‘They can shed Greece without too many problems but the crisis had to be severe. If France left, that would be a crisis.’

The 2008 financial crisis did produce movement in the EU. The ECB wasn’t able to stick to its mandate and ad hoc measures had to be taken to be able to buy Greek debt and save the country from bankruptcy. Also, the pandemic did bring things in motion, most notably the EU Corona recovery plan that marked the start of European debt sharing and could be a step towards the more permanent Eurobonds, but ‘it wasn’t enough’.

The EU leaders have been way to occupied with ad hoc measures Skidelsky says, causing them to overlook root causes while treating symptoms. ‘How long can you go on dealing with systemic issues in an ad hoc way?’, he wonders out loud. ‘You patch up, use a bit of sticking plaster but it festers. The issue grows and you need even more sticking plaster the next time till, at some point, you know it won’t work any longer’.

‘It is very rare you get the opportunity to attack an issue root and branch’ Skidelsky says, and the EU must be ready when that moment presents itself, but what is this next step for the EU? He isn’t sure. ‘I don’t think we have an agreed conceptual theory of what is wrong with the EMU which we then have to remedy’ and we shouldn’t expect to get these answers from politicians he thinks, they are just occupied with the crisis of today. This is where the European intellectuals have to step up, he stresses, but they haven’t so far. ‘I don’t see it. Maybe it is there, do you see it?’

Skidelsky thinks it’s high time for a new Giscard committee and he already knows what economist’s ideas could bring the union forward: Keynes and his so called ‘Clearing Union’, that was vetoed by the US back at the Bretton Woods conference. The British economist proposed the creation of a single world currency for international trade called the Bancor – while keeping national currencies for national transactions – but the interesting elements for the EU lie in the automatic fiscal stabilisers Keynes build into his system. Every country would have a trade quota, equal to its past five years averaged sum of important and exports, and exceeding this quota would result into a penalty. Simultaneously deficit countries would be provided interest free loans for investments, while surplus countries are charged with high interest rates.

On top of that, Skidelsky would complete Keynes’ quest for full employment by introducing an EU wide automatic job guarantee scheme. ‘Nobody studies Hungary because they hate Viktor Orban but it’s the only country that actually tries it’, he says. In economic downturns, the government stimulates the economy by taking more people on board, in good times the private sector takes back the role of employer and the government can balance its books. ‘The principle is good, and we should try this on a EU wide basis. It is a bold plan but it would give people the feeling that the EU is not just a travel agency but something that really improves their lives. Put a bit of imagination into Europe’.

The EU isn’t half finished if you ask Skidelsky, but he also thinks we don’t give it sufficient credit when credit is due. ‘Nothing is ever the same the second time, but there is – a sort of – revival of fascism going on’ he says, but the EU manages to restrains it. ‘Orban can’t do a Mussolini. Dictatorships are no longer possible in the EU because countries simply don’t have enough sovereignty to say “this is the form of government we want and fuck you”. The EU has a lever over its members and that is an important achievement.’