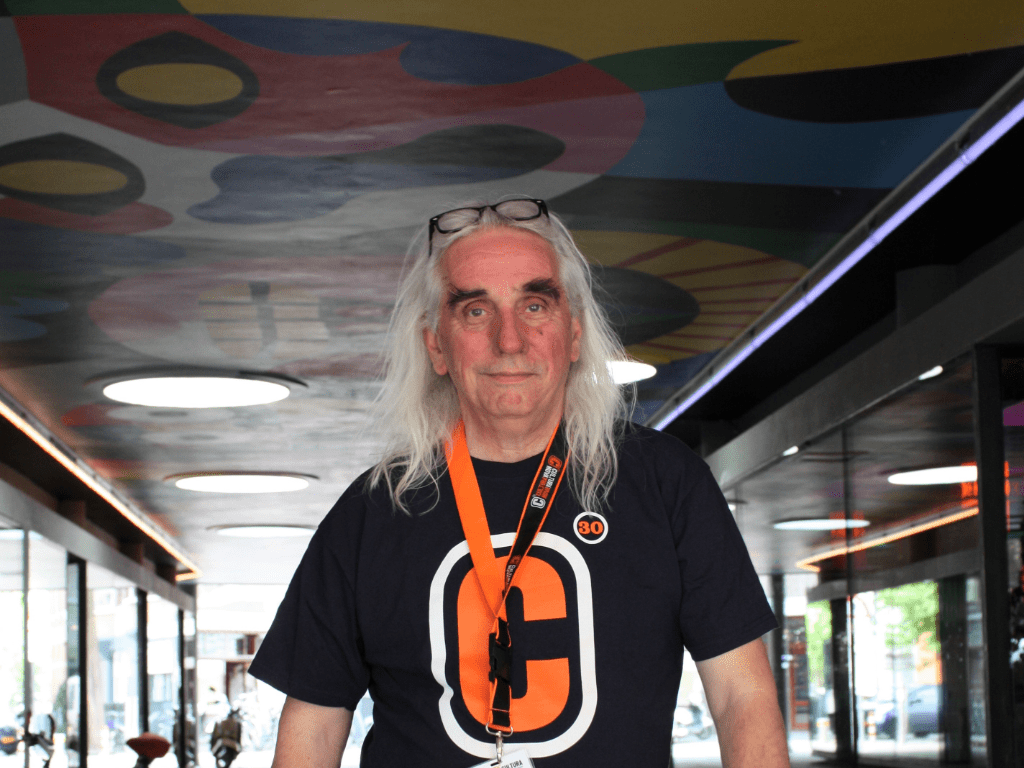 This year’s Cultura Nova (26 August-4 September), will be the last for Fiedel van der Hijden (1958) as artistic director. Thirty-two years ago, he was one of the founders of this international theatre festival which takes place in Heerlen and the surrounding Euregion. A native son of Heerlen, Van der Hijden (who recently moved to Belgium) knows better than anyone how many opportunities and difficulties Euregional cultural cooperation involves. ‘In terms of content we speak the same language, but in terms of funding things are a lot more difficult.’

According to Van der Hijden, there is a great willingness to cooperate throughout the Euregion, but it often goes wrong because there is less non-earmarked funding for cultural projects in Germany and Belgium than in the Netherlands. ‘They put a lot of money into their own cultural infrastructure, but co-productions across the border are harder to get off the ground.’

Cultura Nova has always invested in Euregional cooperation. Van der Hijden: ‘The Euregion is very important to us. We focus much more on Parkstad and the Euregion than on the Randstad, for example. Fortunately, our contacts with governments and cultural organisations in Belgium and Germany are good, and we have no complaints about media attention either.’

Nevertheless, several of Van der Hijden’s Euregional plans have remained on the shelf out of necessity or have only been carried out in the Netherlands. ‘Occasionally, we are able to arrange performances across the border, but joint productions remain difficult to finance and realise. An example? Once we wanted to have a French company perform in Aachen, but they had to pay all sorts of German taxes. Those are unnecessary obstacles.’

On a European scale, cooperation has improved in recent years. Thanks to a grant from the EU’s Creative Europe programme in 2018, Cultura Nova was able to set up a wonderful collaboration with eight other European festivals. ‘It was the result of a preliminary project for Maastricht Cultural Capital 2018, created by artistic director Airan Berg with artists from various countries and performed at schools in Parkstad. That was so much fun that we thought: why not try to organise a collaborative project on a European level? We invited festival representatives from Bulgaria, Denmark, Finland, France, Croatia, Austria, Portugal and Romania to Cultura Nova and worked out a plan together.’

“In terms of content, artists in the Euregion already know where to find each other, but we must make cooperating easier”

The idea behind the Centiphery project was that each festival would link two artists from its own region with two artists from another country. At Cultura Nova, these were theatre director Lieke Benders and actor Bart Bijnens. They created a performance together with a French choreographer and a Romanian visual artist. ‘The great thing is that the collaboration has led to other projects and contacts’, says Van der Hijden.

Van der Hijden believes strongly in starting small and cooperating on the basis of content. ‘In terms of content, artists in the Euregion already know where to find each other, but we must make cooperating easier. It would be good if there was a simple fund in which Germany, Belgium, the German-speaking Community of Belgium and the Netherlands could pool money to facilitate artists. By providing a platform and showing support, new things can happen.’

According to Van der Hijden, we also need to showcase more what is already happening in the Euregion’s cultural sector. ‘People cross the borders to fill up with petrol or shop, but they don’t know what’s going on in the museums and theatres, for example. Euregional cultural events can help to broaden that view.”

The Euregional project of this year’s Cultura Nova is Smalltalk, a coproduction of Cultura Nova, Studio Europa Maastricht and Hoge Fronten, Lieke Benders’ theatre company. Smalltalk is a theatrical travelling encounter. The first edition took place in Maastricht and Liège in May, and on 27 and 28 August and 3 and 4 September it will be Heerlen and Aachen’s turn. Van der Hijden: ‘This project literally brings the inhabitants of the Euregion closer together. People from Aachen take a bus to the Tempsplein in Heerlen and people from Heerlen go to the Ungarnplatz in Aachen. Once there, they hear life stories from various residents. Afterwards, both groups travel to the border to meet each other.’

According to Van der Hijden, the great thing about this project is that you discover there are a lot of similarities between the people in the Euregion. ‘There may be a language barrier, but that is basically the only thing. Mining, for example, plays a large role in our shared history; and we are all concerned that everything is getting more expensive. It is good to experience that we are actually the same, that we share the same space and history, but also have the same problems. Then it is also easier to look for solutions together.’

‘Smalltalk also shows what makes a community and what roles certain people play in it.’ For example, Van der Hijden explains, there was a lady in Liège who was the custodian at a primary school for many years. ‘She had a very important role in the social system of the neighbourhood because she knew all the children and their parents. Lieke Benders has also consciously involved writers and musicians from Belgium and Germany in the project. I find that a great quality.’

“Smalltalk beautifully shows that anyone can open their window and see what their neighbour is up to. We have to facilitate Euregional cultural collaboration on a large scale, but start small with projects like this.’

What does Van der Hijden himself still hope to discover in the Euregion now that he has more time? ‘I would like to visit more museums in Belgium and Germany. I always get a lot of inspiration from them.’

Are you interested in Smalltalk and would you like take part in this travelling encounter? Buy your tickets here!