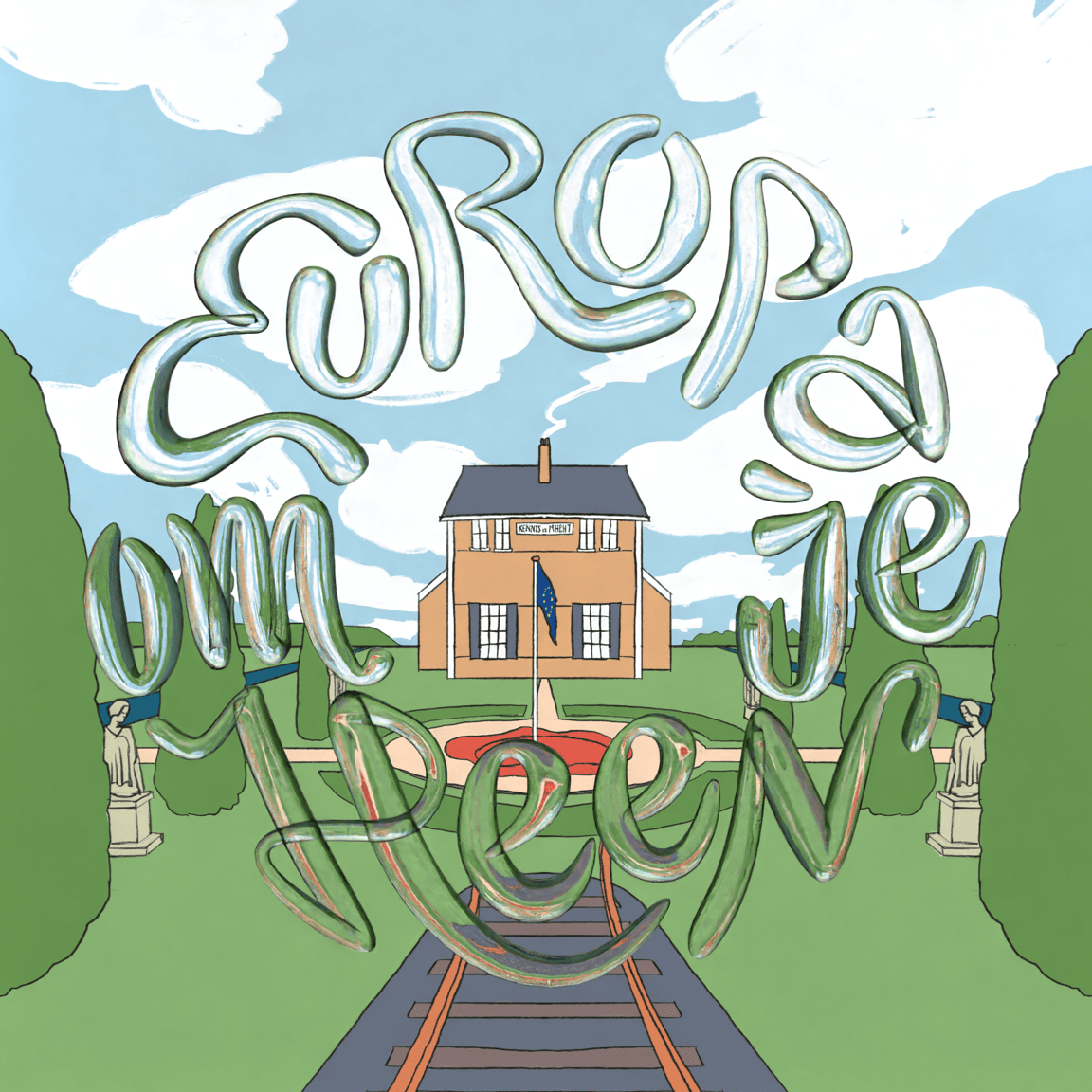 What makes the Maastricht Treaty defining for the history of Europe?

Find out in the fourth episode of the podcast ‘Europa om je heen’ (Europe around you) in which DutchCulture and Are We Europe take you to the Gouvernement. In this episode, team members from Studio Europa explain why the Maastricht Treaty has had such a profound impact on the lives of Europeans. Project manager heritage Bart Stol talks about the historical context of this treaty, programme maker Job Zomerplaag discusses European value. The podcast concludes with a poem by content creator and poet Amber-Helena Reisig. Read the poem here and listen to the podcast episode.

daubed wall: a swastika, below it ‘stokfiguren’
– language is a loan system – two men holding
each other’s hand, like the paper doll chain
you learned to make in kindergarten; students
in carnival costumes, the cobblestones, the sound
of heels like a carriage, a boy with a horse’s head

‘the spectre of revolution wanders through Europe’
a chapter of one of your high school history books,
Weimar Republic, or was it Marx, the communist –
you enter a garden full of flagpoles, a square
Helmut Kohl walked here, François Mitterrand, Lubbers

you wonder if they know, the people in the streets,
that their reflection moves as easily from store window
to store window, as it does from country to country, just like
the coin moves (from hand to hand) – who or what they are,
because of something that on that island in the Meuse, in that
pile of blocks, was decided – or were they already European?

1992 hangs around your neck, your birth year, on your
passport the golden letters almost worn off – you are not
a myth, thirty years old, you’re allowed to let your hair blow
in the wind, here around you, you see history, or is it fantasy?

a girl who became a continent on the back of a bull
a place we called civilisation, made off the backs of those
we enslaved, the black death, separation of church and state,
the ancient philosophers, Hannibal with elephants
on the Alps – now: après-ski, referendums, populism

they hoped to create a new story, the men: Helmut,
François, Ruud, Wilfried, Giulio, John, Jacques, Poul,
Konstantinos, Charles, Aníbal, Felipe and the lady who
offered her head, they wandered through this city,
stick figures that sometimes stuck, for those who know,
for those who have the clarity to see it, to believe in it.

Listen to the episode here:

The series was created by DutchCulture and produced by Awe Studio and Are We Europe. The podcast series ‘Europe around you’ takes you to locations with the European Heritage Label in the Netherlands. Besides the Maastricht Treaty, you will hear the special and personal stories of Kamp Westerbork, the Colonies of Weldadigheid and the Peace Palace. Discover European heritage and experience what it means for today’s Europe – and for you.

Listen to all episodes of the podcast here: