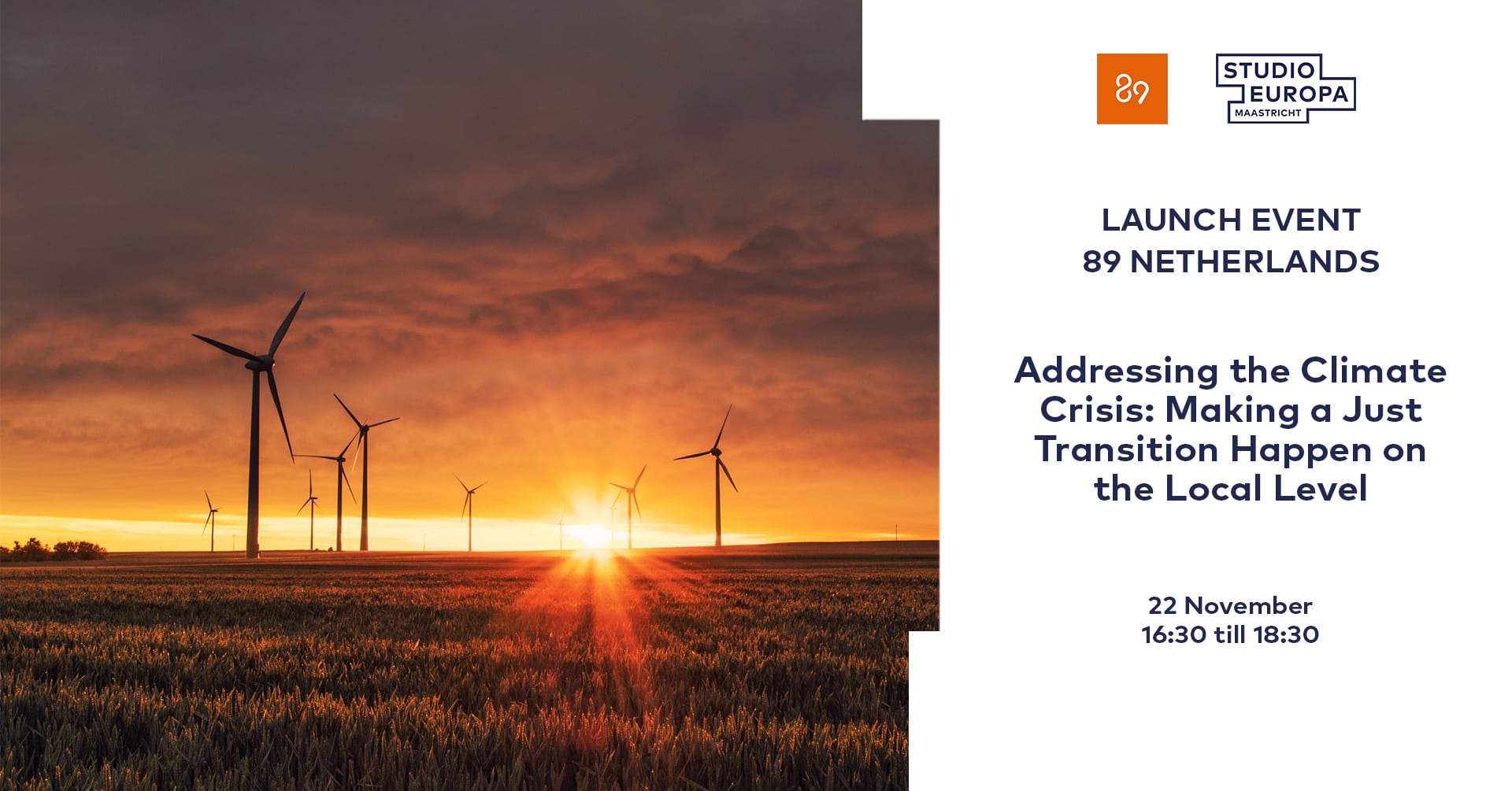 Addressing the climate crisis: making a just transition happen on the local level

This summer, the consequences of the Climate Crisis became a painful reality for our region as we battled intense flooding in Limburg, Germany and Belgium. The flooding was later found to be the result of climate change. One positive consequence emerging from this otherwise terrible circumstance, however, was that it mobilised a dialogue around confronting the climate crisis on all levels. In order to face such an existential threat, a multitude of stakeholders have to unite. This includes local groups and regional authorities but also EU-level policy makers and industry.

For this reason 89 Netherlands, Dutch chapter of pan-European think-do tank, 89 Initiative wants to use the occasion of its official launch event on 22 November to address the following questions: how can community members be empowered to implement interventions at the local level and how can open dialogue between policy makers, industry, and communities be facilitated?

Dr. Lars Holstenkamp Researcher at the Institute of Sustainability Governance at Lüneburg University​ and founding member of the Research Network on Cooperatives in the Energy Transition