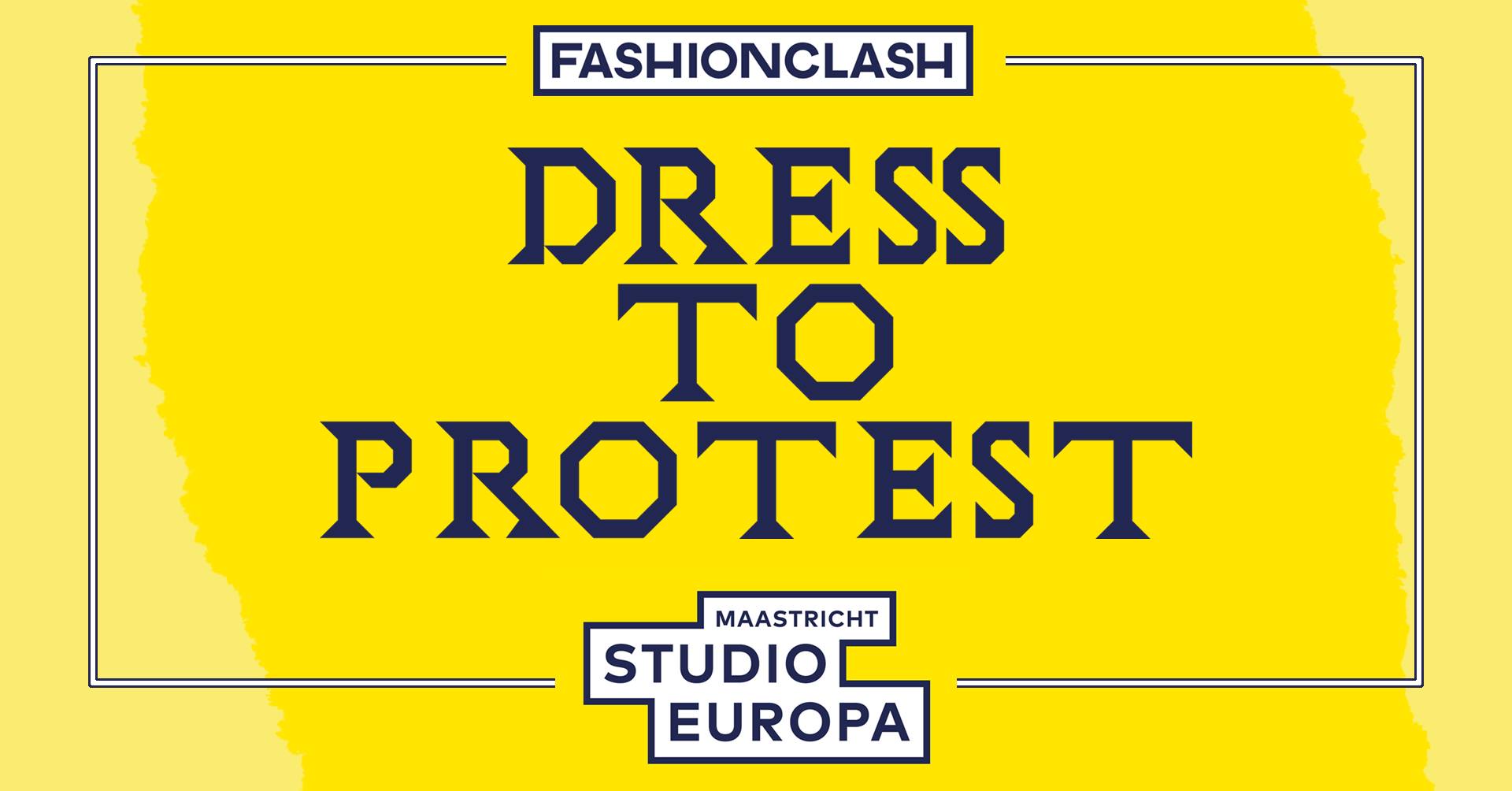 With Dress to Protest, FASHIONCLASH and STUDIO EUROPA are calling on young people to participate in design workshops that bring people from different backgrounds together to exchange ideas about Europe. With the imaginative power of fashion, they shape their visions and personal stories about Europe.

What do young people think about Europe and today’s challenges?

Dress to Protest does not literally call for protest, but in a playful way it focuses on awareness that the clothing we wear tells, consciously and unconsciously, something about our identity, values ​​and norms. The project makes a connection with the verbal and non-verbal communication strength of fashion. Fashion as a means to tell stories, to represent personal identity, to share visions and to put urgent issues on the agenda. Because fashion as a second skin tells your environment what relationship you want to have with it and at the same time shows what your heart beats for.

Dress to Protest uses fashion as a beautiful instrument to actually mean something in the debate on political, humanistic and social issues in Europe. Can we use the power of the concept of Europe for a peaceful and inclusive world?

Dress to Protest is a collaboration between FASHIONCLASH and STUDIO EUROPA.