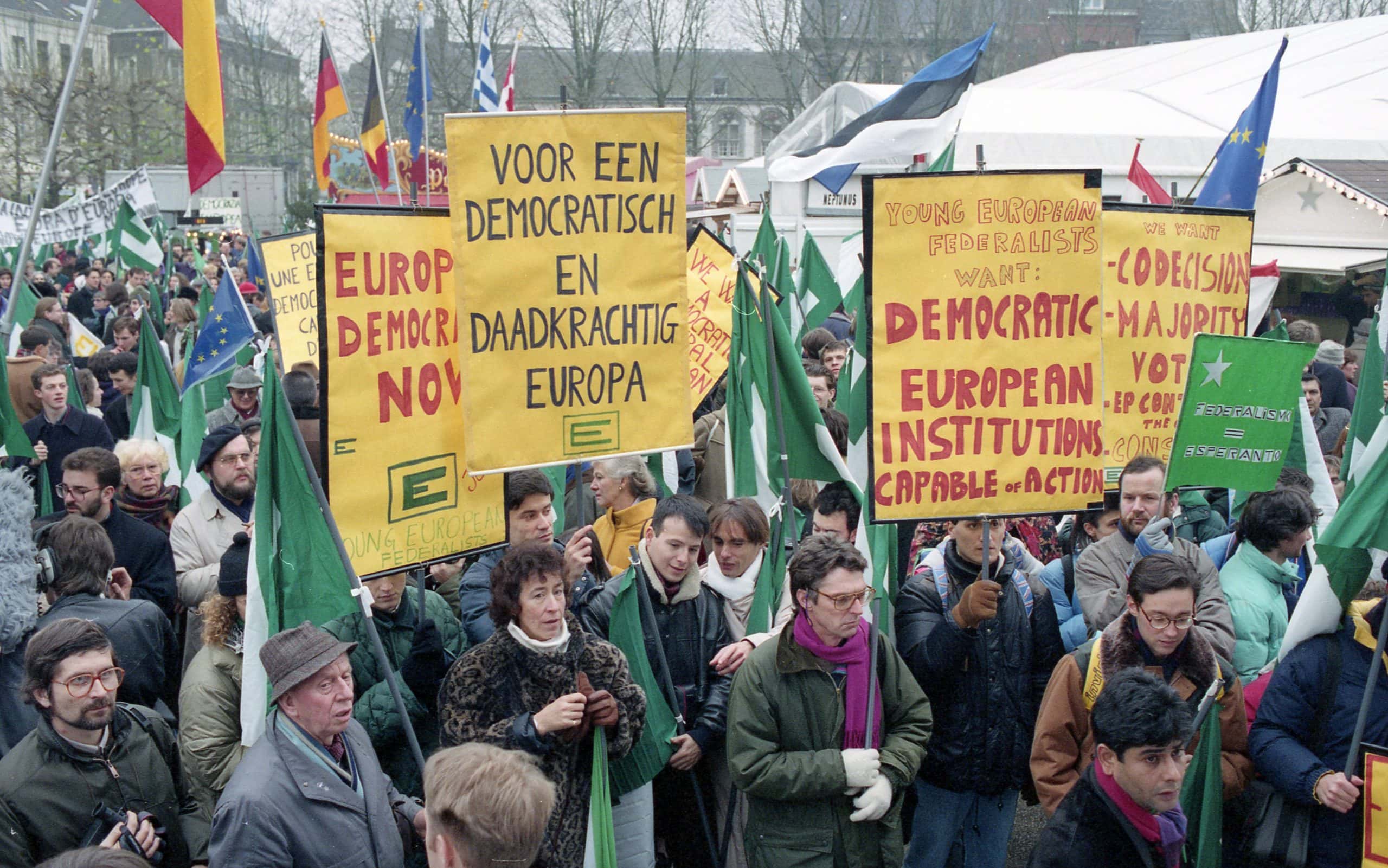 The Maastricht Treaty is one of the most important treaties in European history. At the highest level, the treaty regulates relations between states; but during the preparations, negotiations and signing in the December days of 1991, it was not only European government leaders and top officials who were active. Waiters, traffic police and “gewoen luij” (locals) also had to deal with this piece of world history right on their doorstep.

In this lecture, Joep Leerssen explains what made the treaty so important, and then zooms in on the local experience of the diplomatic event. Thirty years on, how much of that has remained in the city that is now forever the namesake of that treaty?

Together with Peter Schrijen and Bart Stol, Joep Leerssen mapped out a local memoryscape of the Maastricht Treaty based on interviews with those involved. The website with the final result of “Mestreech 92”, a project of Studio Europa Maastricht, will be presented during this lecture. This lecture is organised in cooperation with Studium Generale, Maastricht University.

About the speaker
Prof. Joep Leerssen
Special chair ‘Limburg and Europe at FASoS, Maastricht University. The chair has been established by the Sociaal Historisch Centrum Limburg (SHCL) with the support of Studio Europa Maastricht.

— disclaimer — this event will only be in Dutch