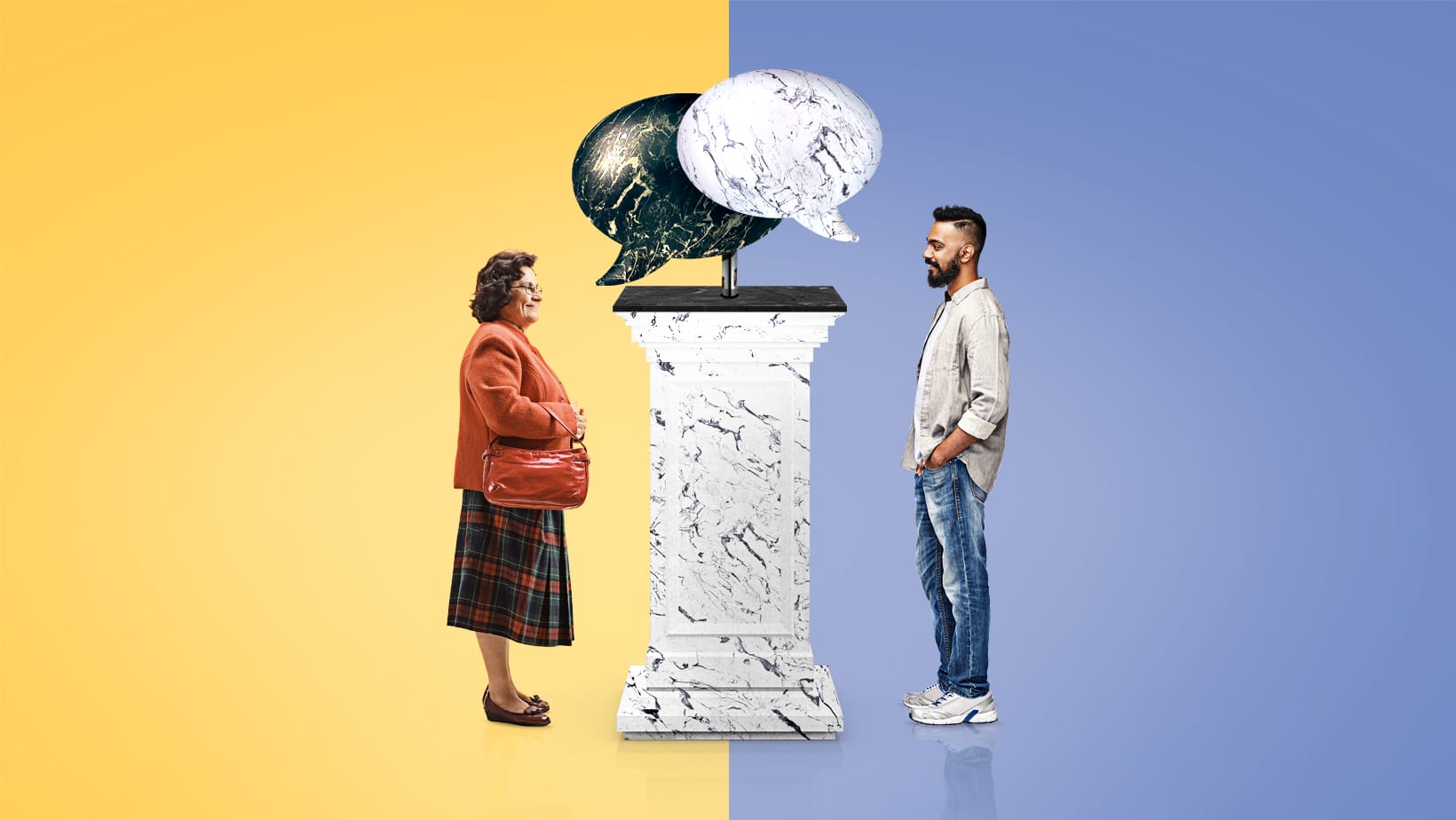 A travelling encounter between Maastricht and Liège

Two neighbourhoods in two cities and two countries; only twenty-six kilometres apart, yet the distance feels much greater. We take you on a trip across the border by coach. We show you everyday, normal life in these neighbourhoods. You listen to stories from the residents. How do they differ from each other? What similarities can you discover? Where do we find Europe in this story? This travelling, theatrical encounter is an ode to small talk, a tribute to the meeting of different worlds. Smalltalk is a European cross-border and multi-location theatre project by Hoge Fronten and Studio Europa Maastricht.

Smalltalk is a bordercrossing European theatreproject by Hoge Fronten and Studio Europa Maastricht in a co-production with Comptoir des Ressources Créatives and Cultura Nova and is supported by Maastricht University, the Province of Limburg, the City of Maastricht and the Embassy of the Kingdom of the Netherlands in Belgium.

Duration about 3 hours (including a bite and a drink)

In collaboration with and with great thanks to all people on and around the Volksplein Maastricht and Place de la Vieille Montagne in Liège, Joseph Vromans, Arlette, LEF-team (Maastricht), Corry Schoenmakers, Tour d’Eben-Ezer and Moulin du Broukay.

About Hoge Fronten
Theatrecompany Hoge Fronten from Maastricht makes and plays visual performances and performances in the theater or at (outdoor) locations and travels through the Netherlands and across the borders.

About Studio Europa Maastricht
Studio Europa Maastricht is a centre of expertise for Europe-related debate and research founded in 2018 and supported by the partners of the Maastricht, Working on Europe programme: Maastricht University, the Province of Limburg and the City of Maastricht. Together we aim to position Maastricht, the capital of Limburg, as a meeting place for citizen dialogue and debate and establish a centre of excellence for research on Europe and European integration.