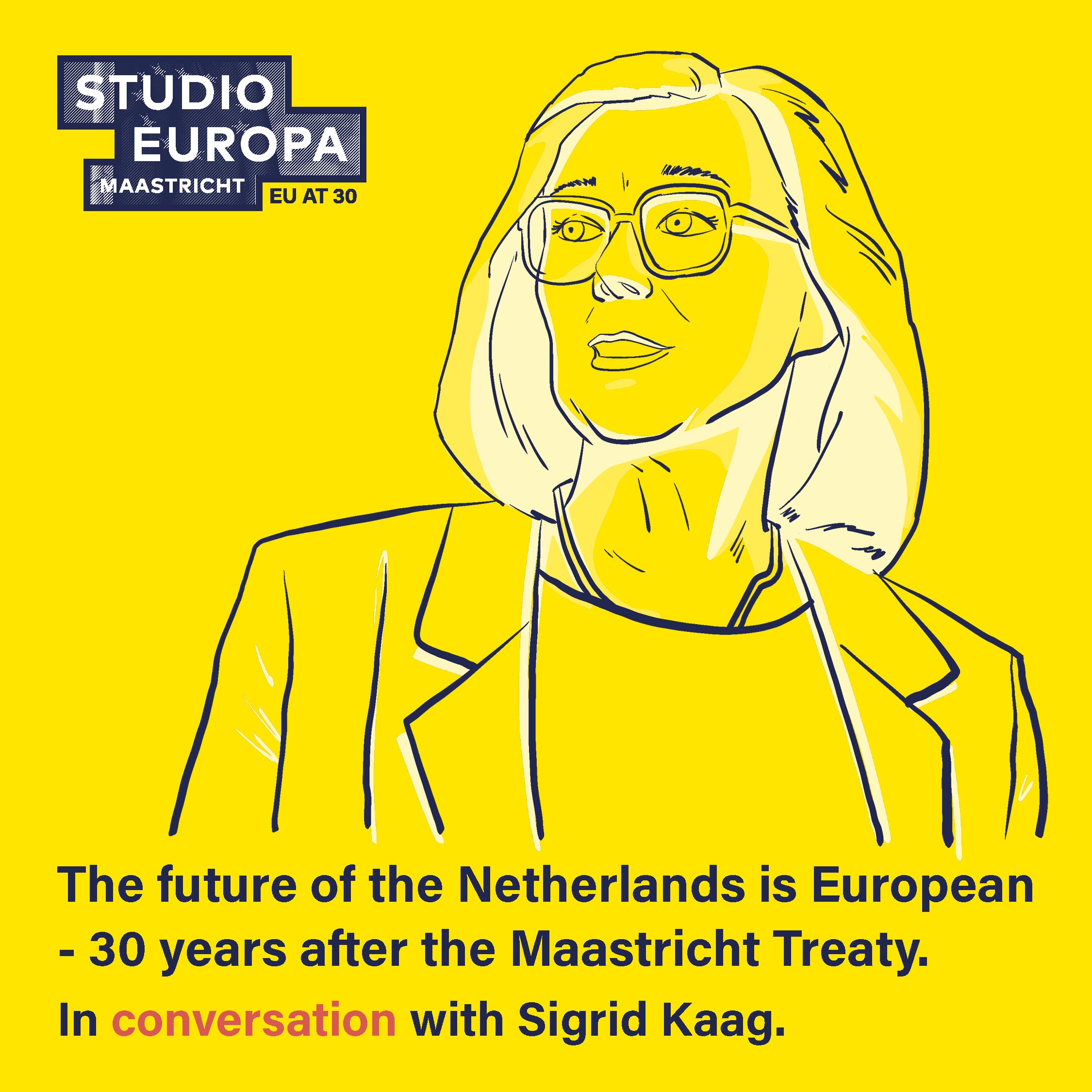 The future of the Netherlands is European – 30 years after the Maastricht Treaty. In conversation with Sigrid Kaag

In conversation with Sigrid Kaag

European unification was founded on the principles of community and solidarity.  A common interpretation of these principles might be lacking in Europe, but  they can provide guidance on how to organise European cooperation in times of crises, such as during geopolitical tensions, pandemics and the climate crisis.

On Tuesday, 8 March  2022 from 1pm to 2:15pm, Deputy Prime Minister and Minister of Finance Sigrid Kaag will share her vision on the recently appointed Dutch cabinet’s EU course. The Netherlands wants to play a leading role in a strong and decisive European Union; in her speech, Minister Kaag will address what the main priorities are in the fields of finance and climate and share the Dutch vision on the EU as a community of values.

After the speech, Minister Kaag will join in conversation with Mathieu Segers, professor in European contemporary history and European integration at Maastricht University and Europa Chair at Studio Europa Maastricht, and will engage in an interactive debate with the audience.

Minister Kaag will speak in the Sint Janskerk located on the Vrijthof, Maastricht’s central square. Maastricht is inextricably linked with Europe and European integration. The Maastricht Treaty, signed 30 years ago this year, is the founding treaty of the EU and sealed Europeans’ commitment to developing a collective identity.

After the speech, the minister will visit the Lives project (litter free rivers and stream) that focuses on reducing plastic waste in the Meuse river. Authorities in the Netherlands, Belgium and Germany have joined  forces with the support of a contribution from the Interreg Euregio Meuse-Rhine subsidy fund.

As of January 2022, Sigrid Kaag (1961) is Minister of Finance and Deputy Prime Minister of the Netherlands. She is the country’s first female finance minister and leader of the social-liberal party D66. Kaag previously served as Minister of Foreign Affairs and Minister for Foreign Trade and Development Cooperation. Before joining national politics, she held several senior positions with the United Nations.

This English-spoken event  will also be livestreamed. The event is organised by Studio Europa Maastricht. Studio Europa Maastricht is a centre of expertise for Europe-related debate and research founded in 2018 and supported by the partners of the Maastricht, Working on Europe programme: Maastricht University, the Province of Limburg and the City of Maastricht. Together we aim to position Maastricht, the capital of Limburg, as a meeting place for citizen dialogue and debate and establish a centre of excellence for research on Europe and European integration.