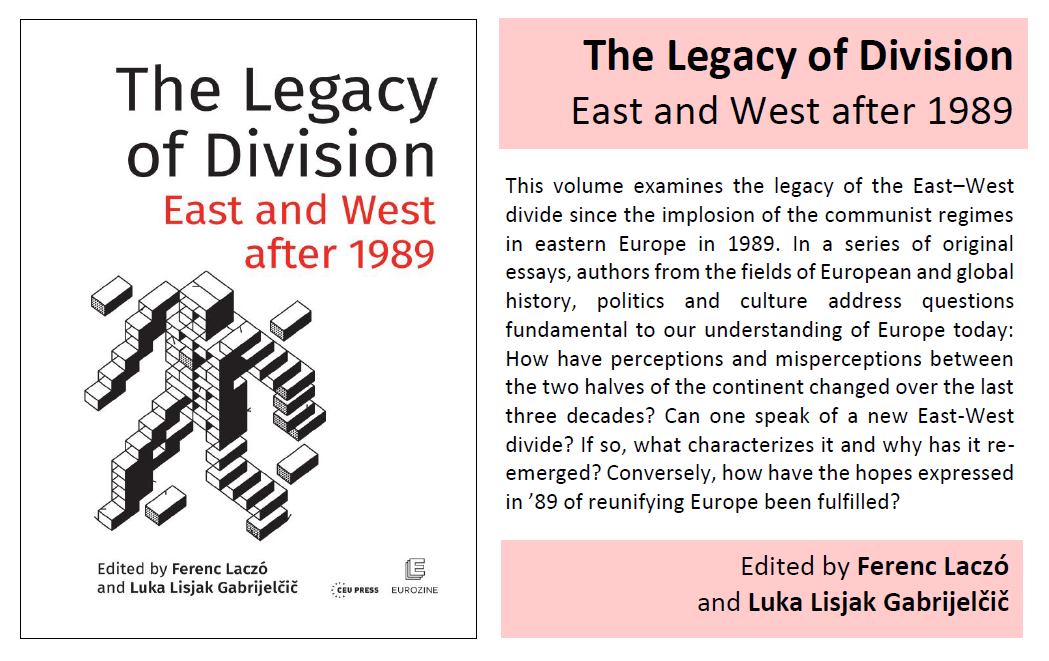 The legacy of division: East and West after 1989

This event entails a presentation of the book “The legacy of division: East and West after 1989”  , co-edited by Ferenc Laczo (Maastricht University) and Luka Lisjak Gabrijelcic. The book is a collection of 25 essays and two conversations, with contributions from Aleida Assmann, Ivan Krastev, Peter Pomerantsev, Philipp Ther and Jan Zielonka, among many others. Parts of it have already been translated into six other languages.

The volume examines the legacy of the East–West divide since the implosion of the communist regimes in eastern Europe in 1989. In a series of original essays, authors from the fields of European and global history, politics and culture address questions fundamental to our understanding of Europe today: How have perceptions and misperceptions between the two halves of the continent changed over the last three decades? Can one speak of a new East-West divide? If so, what characterizes it and why has it re-emerged? Conversely, how have the hopes expressed in ’89 of reunifying Europe been fulfilled?

The event will introduce the public to the book and the broader theme of East-West relations in Europe after 1989. The book that is the result of a co-publication of Eurozine and Central European University Press, is a good example of valorization of academic research on European history to a broader audience.

Access to this event is free and registration is not required!