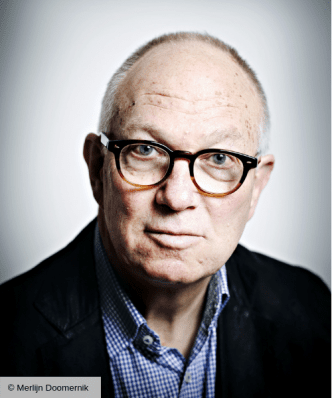 Ian Buruma will re-examine George Santayana’s cliché about “having to learn from history” by looking at the various lessons people have drawn from World War Two. Great institutions, and many good intentions, were born from the catastrophe of war. However, the reasons for them are now being forgotten. At the same time, memories are appropriated and used for political ends, often with undesirable consequences. Take Munich 1938, for example.

This year’s Schuman Lecture will concentrate on the effect of wartime memories and myths on the formation of post-war Europe, on the current crises in the EU, such as Brexit, and on the rise of the populist right.

Ian Buruma is a Dutch writer, journalist and historian who lives and works in the United States. He writes about a broad range of political and cultural subjects for major publications, most frequently for The New York Review of Books, The New Yorker, The New York Times, The Guardian, La Repubblica and NRC Handelsblad. He was fellow at the Woodrow Wilson International Center for Scholars in Washington D.C. and St. Antony’s College, University of Oxford. From 2003 to 2017, Buruma was Luce Professor of Democracy, Human Rights and Journalism at Bard College, New York. In 2017, he became editor of The New York Review of Books, but left the position in September 2018 after he published a controversial essay written by a Canadian radio-dj Jian Ghomesi, who has been accused of sexual harassment and assault. In 2008, Buruma was awarded the Erasmus Prize, which is awarded to an individual who has made “an especially important contribution to culture, society or social science in Europe. He has written several books, including A Tokyo Romance, Their Promised Land: My Grandparents in Love and War, Year Zero: A History of 1945 and Taming the Gods: Religion and Democracy on Three Continents. Buruma has won several prizes for his books, including the Los Angeles Times Book Prize and the PEN/Diamonstein-Spielvogel Award for the Art of the Essay for Theater of Cruelty. He has held a number of editorial and academic positions and has been termed a “well-regarded European intellectual”. He has also been a regular contributor to Project Syndicate since 2001.

Every year, Maastricht University and the City of Maastricht jointly organise this lecture in commemoration of Robert Schuman and the Rome (1957) and Maastricht (1992) Treaties. Robert Schuman (1886-1963) was the French Minister of Foreign Affairs and co-founder of the European Community of Coal and Steel, the antecedent of the modern EU.