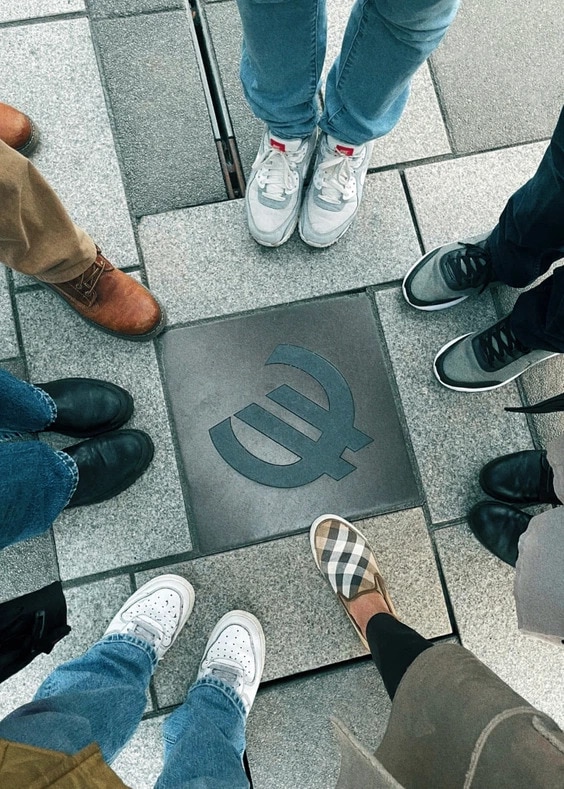 Thirty years ago in Maastricht, European heads of state agreed to launch the European Economic and Monetary Union (EMU). Three decades later, many argue that the EMU is far from ideal. The original approach was one of push ahead – fuelled by the expectation that problems would be solved in due time.

Since 1992, the global economy has been affected by a financial crisis, a pandemic, concerns regarding climate change, rapid digitalisation and geopolitical tensions. The evidence that major reform to the EMU is required is plentiful, and over the years many policy initiatives have been launched to support it, the Euro and the Eurozone.

On 27 September, we will bring together critical thinkers, policymakers, researchers, journalists and interested citizens for a structured debate around three major topics in the symposium Euro at 20: shifting paradigms. On 28 and 29 September, academics from all over the world come to Maastricht to look back on the legacy of the Maastricht Treaty during the conference The 30th Anniversary of the Maastricht Treaty – The past, present and future of European integration. Below you can find both the registration links for all events, as well as some reading, watching and listening materials to prepare yourself.

On 27 September, we will take stock and reflect upon the systemic changes and policy initiatives after the launch of the European Monetary Union in 1992. Are there lessons to be learnt to ensure the EMU is consistent with the values enshrined within the Maastricht Treaty; that the EMU promotes the common good and ensures welfare and well-being for future generations? This question is central in all of the sessions during this symposium with speakers such as Benedicta Marzinotto, Rolf Strauch and Klaas Knot.

Maastricht University and Studio Europa Maastricht are happy to invite you to an interdisciplinary academic conference commemorating a paramount milestone of European collaboration – the Maastricht Treaty.

The conference will be held 28-29 September and will facilitate critical, but constructive, academic dialogue on the Maastricht Treaty’s legacy, covering the following areas:
– Decision-making and legal considerations
– Re-examining convergence and homogeneity
– Solidarity and identity
– Peace, security and criminology
– Social and trade affaires
– Democracy, populism and authoritarianism
– Democratisation, politicisation and citizenship
– Union of digital innovation and the digital Euro
– Wages, prices and European enterprises
– Fiscal sovereignty challenges and recent developments

The keynote sessions of both events will be live streamed on our YouTube channels.
– On Tuesday 27 September, Joachim Bitterlich, ambassador and among others Foreign and Security Policy Advisor to Federal Chancellor Helmut Kohl, will give the opening address of the Symposium Euro at 20: shifting paradigms?
– Wednesday 28 September, French economist, Thomas Piketty, will welcome the attendants of academic conference The 30th Anniversary of the Maastricht Treaty – The past, present and future of European integration.
– Finally, Thursday 29 September, we welcome Paul de Grauwe, Belgian economist and John Paulson Professor in European Political Economy at the London School of Economics and Political Science as head of the European Institute.

You can sign up for all Keynote sessions using the registration button below.

In an expert interview, we asked Robert Skidelsky, Professor Emeritus of Political Economy at Warwick University, about his perspective on the European Monetary Union. What are the missed opportunities and problems? How does a monetary union work without a centralised policy and common treasury? Should we take an example from Hungary in terms of economic policy? For the answers to these questions, read the interview!

Sketch of Europe on 20 years euro

The video series Sketch of Europe takes the dialogue about Europe to the public space. A thought-provoking cartoon by famous Limburg artist Joep Bertrams, exhibited in the street, is the starting point for discussions on a central theme in the events and projects by Studio Europa Maastricht. The summer episode will revolve around the theme of Euro at 20 and will be available soon.

A special Café Europa episode about the corona recovery fund. From the design stage to approval of the Polish plans. And the question of how much that fund can help with the new crisis: the war in Ukraine. Podcast hosts Annette and Mathieu discuss it with Gert Jan Koopman, Director-General for Budget at the European Commission. And Annette and Mathieu call regular guest Han Dirk Hekking, Europe reporter for the FD, about the discussion to make Ukraine a candidate for EU.
— disclaimer — the podcast Café Europa is only available in Dutch

The Sound of Economics Podcast

In this special episode, Bruegel director Maria Demertzis talks with professor Mathieu Segers and professor Amy Verdun about the emergence of EMU in 1992, the financial crisis in 2008 and COVID and the future of European economic integration. The podcast series The Sound of Economics by Bruegel has 20k monthly listeners and mainly concerns a listening audience consisting of policy makers, journalists and the business community.