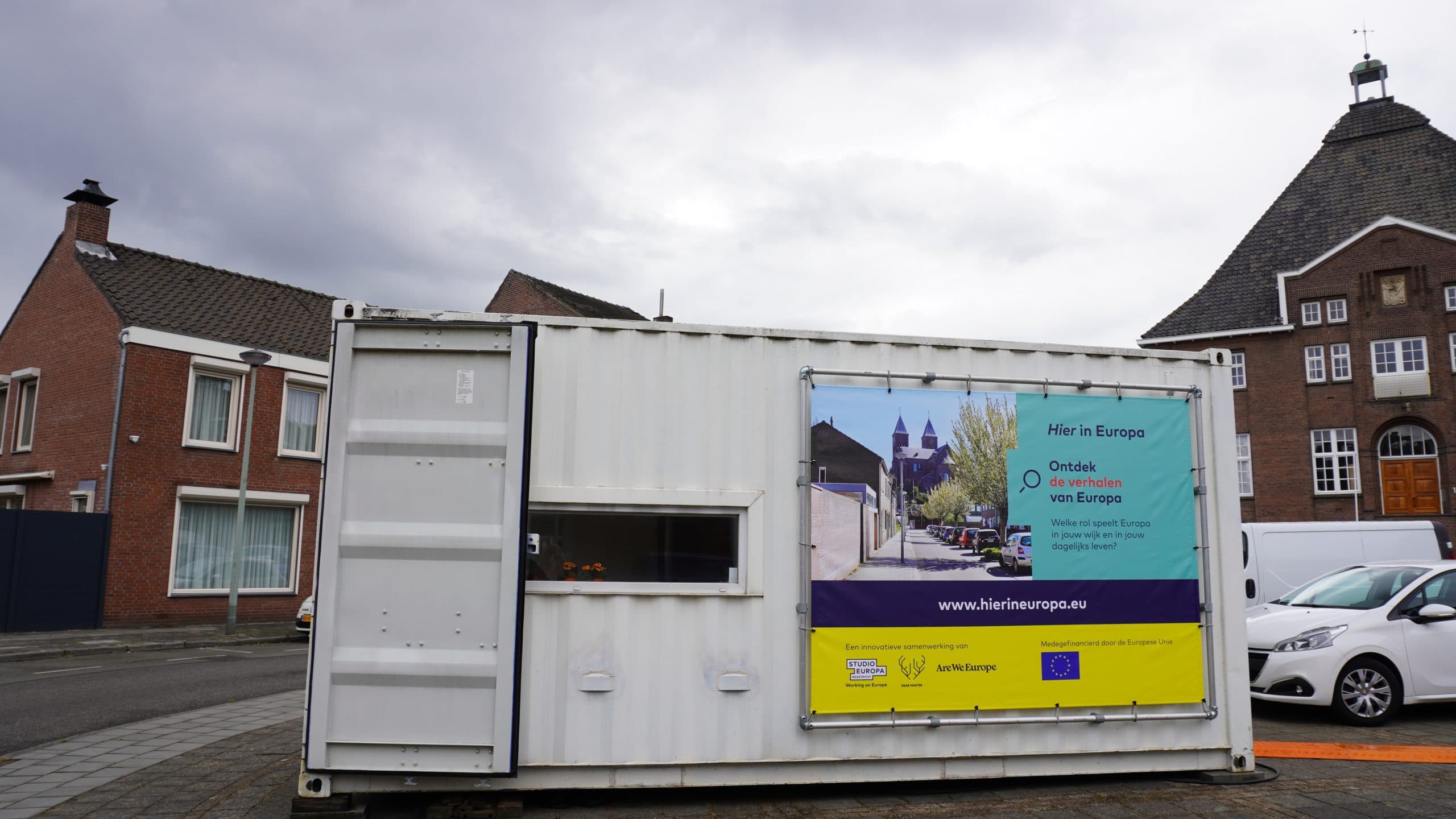 What role does European collaboration play in our daily lives?

If you would like to know what European integration is about, what it means for you and in your daily life, you could go to Brussels. Or you can also just go out into the street, walk around the corner and explore your own neighbourhood. At least that is what we did. More specific, we went into the Maastricht district of Heer, one of the many special ‘ordinary’ districts in Europe. We have learned a lot from the residents and entrepreneurs we spoke to. And we have a lot to say. Experience the stories of Europe!

The stories retrieved show how European ideals and decisions influence local communities. Cross-border entrepreneurship, investment, travel and living are all common in this Meuse-Rhine Euregion. (Small) cultural differences are visible everywhere in Heer.

Our conversations were centered around three themes:

The conversations of the past months in Heer will be continued! On 11, 18 and 25 September, we will organise “bitterballendebates” on Friday afternoons concerning the three themes. We will of course take the corona measures into account. You can now register for the debates!

1.Coexistence and security in a borderless border region

2. Green deal: the sustainable transition at the local level

September 18 16.00 – 17.00 + drinks afterwards | Aen de Wan
Talk to Tjisse Stelpstra, Member of the “Green Deal Going Local” working group of the European Committee of the Regions, Alderman Gert-Jan Krabbendam and Anne Lefèvre of LOCOtuinen Maastricht about sustainability in Heer and the role of the European Union, who’s to take the lead??

September 25 14.30 – 15.30 + drinks afterwards | Aen de Wan
Discuss with Didier Herbert, Head of the European Commission’s Representation in The Hague, Alderman Vivianne Heijnen, entrepreneur Jeroen Kusters and manager of Limburg Leads, Jop Thissen;  entrepreneurship in times of corona and “ordered today, delivered tomorrow”. What can Brussels do and what is the EU already doing?

‘Here’ in Europe in the media:

Curious about our ‘Here’ in Europe? Here you can find the media attention that this project has received (in Dutch).

‘Here in Europe’ is an innovative collaboration between:

Sponsored by the European Union